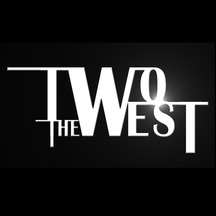 Two the West is a musical road trip... Now playing acoustic intimist songs, now playing an extrovert and breathless rock, Two the West balances somewhere between rock realism and psychedelic American western ballads. Listening to the voice, one may hear both the strength and softness of Morrisson, Ferry, Gabriel and for the atmosphere, one may imagine an unlikely encounter between Radiohead, Ry Cooder, Wilco, Pink Floyd and Dylan... Two the West starts with the complementary duet of two boys from Rennes (french Brittany), old mates who finally meet again after a long stay in Czech Republic for Fred and in England for Lionel. When their roads cross again, new musical directions seem materialize straight away... To some, it is the beginning of a mature project... and the sound of Two the West : the alchemy between Lionel's energy and enthousiasm and Fred's arrangements. Intense work in the new recording studio gives birth to the first songs, featuring many guest-musicians, including Raoul, co-founding member of La Maison Tellier, famous French rock band. Eleven songs and advanced mixes are available today. An EP is to be released in early 2013, followed by an LP. Fred Woff is known by many professionals in music production (musician, sound engineer or arranger with artists such as Sapho, Yves Simon, Janice DeRosa, John Greaves, emmanuel tugny, eddy Louiss). Recently, Fred actively took part in the recording of the last LPs by Emmanuel Tugny, both Brazilian Grammy Award nominated for best pop/rock discs (EmilyIandWe, 2011) and best 2012 musical production (Une Fille Pop), followed by prestigious critics in the French press. Lionel is a prolix songwriter who has also spent a few years playing with various artists, including Moonman, French rock indie artist. After a series of concerts, sharing the stage with beautiful bands such as Zita Swoon or The servant, Lionel has got back to his personal creations. Simply feeling like singing his own thing again. It is stronger than him.