Solidarity is a duty, not an exception. 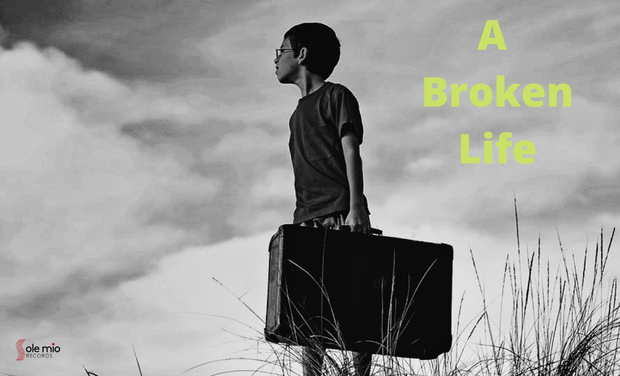 I read last year's book by poet and geographer Emmanuel Ruben "Terminus Schengen" narrating the crossing of a group of migrants across Central Europe. This reading made me want in turn to bring my contribution and my insight on people confronted daily with distress caused by danger and poverty. I did it in an album of eight tracks and a series of podcasts in twelve episodes. But a video is better than long speeches.

"A Broken Life" recounts the journey of a young Nigerian ready to risk his life for what he believes to be a bright future in Europe. Each episode will be the occasion for adventures, meetings, dramas too, of which he will be both the actor and the witness. But, during his progress, he will also discover friendship, love, emotions that enrich and those that hurt. During this journey, he may find what he was looking for: his human dignity.

My goal for this project is to raise awareness about the challenges that these refugees face after leaving their countries in search of a better life. I am also excited to help raise money to help the efforts of the NGOs. At least 10% of this crowdfunding will go to these non-governmental organizations which provide in an everyday fight food, shelter and guidance for refugees. Thank you in advance for your generosity and also for being actors of a changing world, more united in sum.

The music of the eponymous album "A broken life" will punctuate the episodes, as an original soundtrack. Here is a song from the album sung by Spirit Enoumedi:

As a guitarist and composer, I studied classical music before turning to jazz and South American music. , I worked on image music: commercials, documentaries, series and animated feature films. In 2018 the album "Acoustica" recorded entirely in acoustic conditions, in an atmosphere that  Louis-Julien Nicolaou from "Télérama" describes as:

"The territory explored by Jean de Aguiar with his nylon-string guitar is reminiscent of the one  Charlie Byrd, Laurindo Almeida or Baden Powell wandered in. The sweetness of the melodies sung with the familiar inflexions of the Brazilian language is mixed with the tight warmth of the rhythm  used among  samba players."

See below for a breakdown of the funds requested. In music, everything is expensive, and the costs are substantial. In addition to promotion, a press officer represents a big plus but also a high value. Therefore this budget of 6000.00 Euros represents the minimum amount to create  something of good quality. If your generosity goes beyond, it will be easier to employ more musicians, invest more in the production and  to make the fragility of migrants' lives known to more people.This will also increase the donations made to NGOs, including Utopia 56, a partner in this project.