Help Us to fly to the World Hardcourt Bike Polo Championships 2016 in Timaru (NZ). 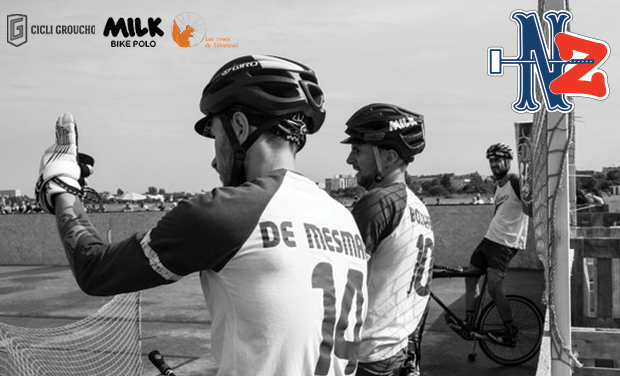 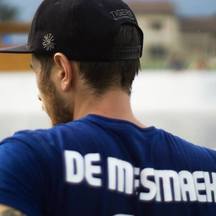 After getting the 4th place and a chocolate medal at the European Hardcourt Bike Polo Championships in Zaragoza, we have the chance to be one of the French teams qualified to play the World Championships in Timaru (New Zealand) from February 3rd to 6th 2016.

Help us balance our budget and defend our colors at the WHBPC 2016.

Our team consists of two players from Annecy Bike Polo and a third, from Lyon Bike Polo. This composition requires many concession and a heavy investment to train together, but we love it!

This season we have nevertheless taken part in a dozen national and international tournaments with good results, final and wins

At the European Championships in Zaragoza (last September) we achieved a good performance and got 4th place, synonymous of direct qualification for the World Championships!

Above all, this is our sport, our passion, our activity that eats our time and makes our girlfriends mad at us!

Practiced for over a century on turf, Bike Polo resurgent since the late 90s with the emergence in the US of its urban version, the "Hardcourt Bike Polo". In summary, two teams of three players compete on bikes to score five goals, using a mallet. In June 2008, there were already more or less fifty cities in the world where plays Bike Polo.

Today, there are over 220, on every continent, and new cities are added each week. We estimate that there are over 50,000 regular and 20,000 casual players, men and women of all ages: it's sporty, it's multi-generational and mixed!

Bike Polo quickly organized as a competitive sport. There are many international tournaments, national championships and each year the World Championships, alternatively held in  Europe, in the US or in Oceania.

However, to participate we need your help!

Family, friends or complete strangers, any help will be valuable and welcome us to go and defend the colors of French Bike Polo in New Zealand!

The collection will help us to pay the travel, the housing and the tournament registration.

By helping us, you will also help the development of this incredible game of Bike Polo!

Air tickets from Geneva to Auckland or Christchurch,

Every euro raised here will be used to pay for the plane tickets, the registration, transport and accommodation!