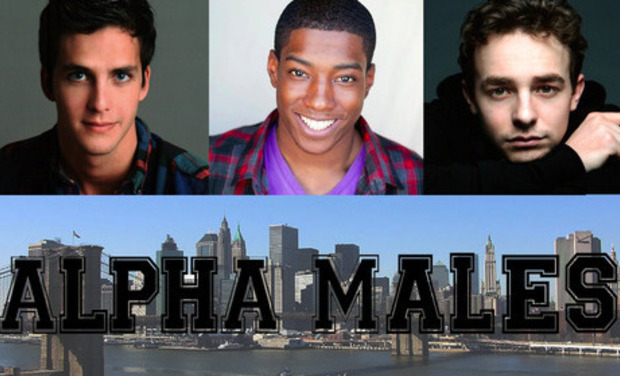 Alpha Males  is a story about a life change. It is also a deep and strong story that underlines integration and racism problems. THis is a universal subject that takes place in Harlem, New York.

nb : All the rewards are in english and french

PRESENTATION OF THE PROJECT BY PASCAL LATIL THE DIRECTOR :

A troubled African American teenager is sent to an all white, male private school at the request of his social worker. Once there, he encounters issues of class, race, and self-discovery. His experience helps him realize it’s not about where you’re from, but where you're going that matters.

Watch this video and let the producer and the director explain you the film.

A film with political involvment

“I wanted to create a story that touches on contemporary issues and themes in which people of all walks of life can relate. The purpose of the film is illustrate the definition of our character in the midsts of defining moments. No matter if you are rich or poor, black or white, athletic or not, we all encounter issues, hardships and struggles. What matters is how we handle those challenges, that is what defines who and what we are.”

“When I read the story, I thought it was amazing and something I wanted to be apart of. I feel that it is touching, witty, sarcastic and impactful. Although my background is not the same, I sympathized with the main character, Sean and the lives of the people around him. This aspect of American life is something many Europeans are not aware of. I want to bring this story to life and really show the contrast between life in Harlem and life in the academy. Not only are their lifestyles different, but the way the talk, act and dress. I want to visually bring the theme to life and it is going to be exciting to do so.”

A parallel between Racism and Homophobia: In writing this story, we didn't want to focus solely on race but other forms of discrimination such as sexuality. These are the contemporary issues of our generation. The number of suicide of teenagers is 13 times more important when they are gay than when they are heterosexual. Most suicides within that demographic are related to gay bullying. In the film Alpha Males, that is the story of Seb. He befriends Sean, the main character, and they grow very close. Seb is very popular and the captain of the football team. He goes through great lengths to hide his sexuality, he even has a girlfriend, but he eventually comes out to Sean. He feels that Sean's being african-american makes him different from the other boys of the school, and because of these differences he feels that Sean is the only one who can understand him.

All of the actors selected are extremely talented and come from diverse backgrounds. Some, like the lead character, have similar backgrounds to the characters they will portray. Jamej Lawton will play Sean Houston, A troubled teen in Harlem. He pulls his depth from life experiences and trusts his dealing with him own adversity into the role of Sean Houston. All of the cast has similar stories and adversity and will come together to create a powerful story.

Alpha Males is an ambitious collaboration between French Filmmaker, Pascal Latil and Amercan Producer, Nelson Moses Lassiter. They met while attending the New York City Downtown Film Festival and have collaborated on various projects since then.

We made on the 3rd of march a screening of the two short films of Pascal Latil. We let you discover people's reactions.

Our vision is to combine our astistry of story telling with a visual aesthetic that will compliment the script in a way that only visuals can. Although it is an indie production, Alpha Males will have the hollywood studio look, feel and sound.

Many of the risks and challenges creating this film stem from the funding. Most films require bigger budgets, but we feel that we can create something along the same caliber of Hollywood Studio films for less. Our overall goal is to raise $130,000 to bring the vision to life. It involves a full cast, crew and a lot of favors.

One of the challenges many filmmakers face is distribution. Without distribution many films will never be seen by the audiences it could impact.

Our goal to overcome this challenge is to utilize theatrical self distribution. In doing so we will slowly distribute the film to theaters around the country ourselves to help share the vision and story. Your funding can help make that happen.

Production insurance and completion bonds. Without these two essential items many feature films in development are not taken seriously. With your help we will be able to purchase these bonds and insurance to provide the needed support to our cast and crew to guarantee the completion of the film.

We feel a close connection to this story, for many of us have experienced it in various ways. We all have defining moments that change the course of our life and its because of these moments, we feel passionate about bringing this story to life. We hope this film can be a defining moment in your life as well.

The goal of our funding campain is to fund our post-production.

Post-production is the editing, sound design, visual fx, music. It gives the rythm of a movie.

Today raising 15 000 euros will guarantee us a very good post-production but raising more than our goal will give us the opportunity to perfect lots of part of a film with spécial fx that you can’t see when you watch the film but that make the différence.