Support the first record of the singer-songwriter Babeanu, in collaboration with the two photographers Laure et Sarah. 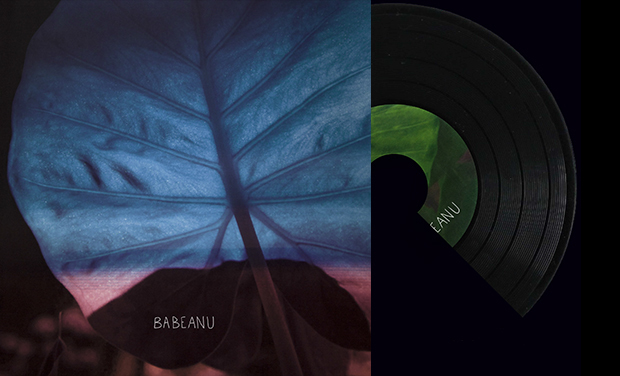 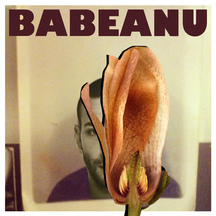 THE PROJECT IN A FEW WORDS

- A 7inch, 45 rpm, two tracks record, released in 400 copies. Guitar and voice, that you can listen to right here

- Graphic design by Laure et Sarah which you can admire right here.

- The opportunity to support an artist from the beginning.

- A release party with a concert!

THE PROJECT IN A FEW LIGNS by Jeremy Nabati

Rolling hips like the hills Roll to the sea

It’s about the sea, it’s about love. Love and the sea. Sometimes Love bitter sweet. Two tongues English and French, two tongues for one voice, two tongues sung over vibrant guitar strings. To give a vibrant tribute, to love, to the sea - To the woman one loves.

“A la mer” ( To the sea ) - is the title of this two tracks record’s first track. The second one is “Little love” : not that love be little sometimes, no, but the great sometimes encounters the little. As savagery encounters delicacy, and sparks salt water. A little love, a little savagery, a little delicacy : here’s what you’ll encounter in this bilingual record, of Which two sides are beautifully illustrated by Laure et Sarah - One vegetal reminiscent of the primal forest, the other mineral, oceanic, opening on the sea’s infinite horizon. Between front and back, between A and B, two unique songs making Babeanu - the title of this record, that you can take a part of and help make possible.

A - B, Babeanu’s B-A, You decide what’s next : it is simple we are on KissKissBankBank so a little participation (5$) = A big kiss + a big thank you! A little more participation (10$) = An invite to the release party + the Babeanu download + a big kiss! And with even a little more (25$) … Add the Babeanu in all its materiality to your living room or on your record player !!!… Beware, limited edition ! Thanks to you Babeanu will be pressed exactly 400 times, numbered and signed by the artist - because in art and in love, beware of counterfeits…

A WORD FROM THE ARTIST

Here's my first record project self-titled Babeanu. A 7", 45RPM two tracks record. I love records, and I love Laure and Sarah with whom we have created this little beauty. Simply put, a labour of love! You can see and hear all of its content here on this page.

That's why we need you! to go from project to object, an object you can open, touch, set on your record player and listen to!

The bulk of the work has already been done, the music recorded ready to be pressed, the sleeve ready to be printed. All we are missing is enough to finance the physical production cost. So if you like what you're listening to, if you want more, if you have faith, here is the opportunity to build the Babeanu together.

My goals for 2016? Release an EP ( Extended Play ~ 4 tracks ), and then a record. I will also need to find a label and musicians to accompany me in this journey. This first record is kind of like the first stone... Going one step at a time, it's one step closer.

More than a beautiful object engraved with two songs I am proud to give you. This record is like a helping hand! The tiny push one sometimes needs, to jump off a cliff and dive headfirst into the cosmic void of musical creation.

The game is on!

The funds will first be used to finance the fabrication of the record.

Since it's a collaboration between artists and a musician. It had to sound and look as good as possible. So we chose from the best printing companies and record factories in France.

Here's a breakdown of the production costs :

- Estimate of the shipping costs : 500 Euros

What happens if we reach our financial goal ?

The adventure continues! The money will allow me to finance the EP's production. Pay for rehearsals and recording sessions. Buy some gear like a guitar amp, maybe a synthesizer.

A Big Kiss + 1 invitation to the release party + the high fidelity download of the two tracks + Your name on the Babeanu website.

Early bird! A big Kiss + All of the above + The record "Babeanu" numbered and signed.

A big Kiss + All of the above + The record "Babeanu" numbered and signed.

A big Kiss + All of the above + a "ghost track" and the first song recorded by Babeanu, the cover of "Sunny", on a CD and downloadable.

A Big Kiss + All of the above + The sheet music handwritten and signed.

A big Kiss + All of the above + A 60 by 60 cm fine art print, of the record's artwork, numbered and signed by Laure et Sarah.

A Very Big Kiss + All of the above.