In Paris, a young woman tries to forget about prince charming and starts believing in her own strength… 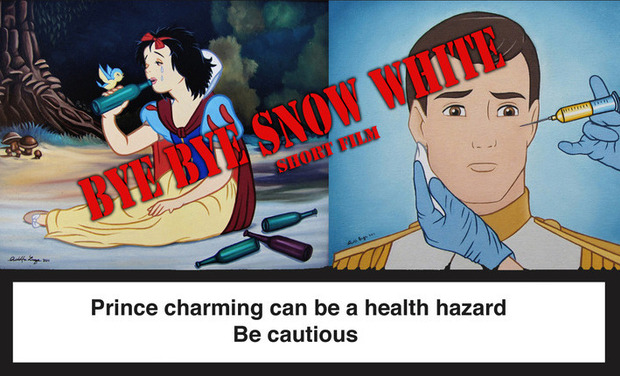 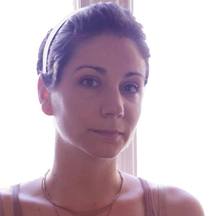 After unintentionally breaking up with her boyfriend, Anna finds herself a bit lost. Her doubts and questions are punctuated by the critical sense of humor of her flatmate and friend, Lucy.

How do you take charge of your own life when your role models are dull princesses waiting for a savior?

Disney’s characters like Cinderella, Snow White, Sleeping beauty or the little Mermaid have something in common: at the end of the story, they all meet THE Prince, a man who solves every single one of their problems.

Generations of women have grown up with this dream. How then, to get rid of the subconscious quest for a man who will make everything all right?

As Bruno Bettelheim demonstrated in his book « The Uses of Enchantment: The Meaning and Importance of Fairy Tales » fairy tales help children build their psyche.

These stories play an important role in children’s understanding of the world. From an early age, they shape our desires and help us overcome our fears. For those of us who have been raised with Disney’s movies, it can be difficult to understand the difference between what we really want and what we were pushed to want.

What is the influence of prince charming over our lives? Is it possible to free ourselves from the tales of our childhood? Which couple hasn’t felt the threat of Prince Charming’s shadow? Those questions pushed us to write « Bye Bye Snow White ».

Florence Valero played on stage with Jean-Paul Zennacker, was directed by Julien Gaillard, and in 2013 by Jean Pierre Baro and Pascal Kirsch in “La mort de Danton”. She’s also been working with performer Maud Watel Kazak since 2011. Actress on stage and in short-films, she is also a poet. Her first poetry book “L’instant des fantômes”, was published in 2013. This year, she will be Anna in “Bye Bye Snow White”.

Her talent, the subtlety of her acting and the precision of her emotional range make her the perfect match to play Anna, a complex and rapidly evolving character. At first Anna is a little lost between her fairy tale dreams and the consumer society’s injunctions. Fragile, built on illusions, she wants to understand herself and evolve.

Jeanne who will play Lucie’s part, is an actress with many talents and interests. Singer and dancer, she studied acting at the French school Acting International. She completed her studies at the Laboratoire de Formation au théâtre physique (physical acting school). Full of energy, she has created her own company of Dance Theatre : “Les Presqu'ils” in 2012. By also playing in films, Jeanne fulfills a more intimate dimension of her acting career. She brings depth and energy to Lucy’s bittersweet humor.

Arthur will play Anna’s boyfriend Antoine, a sensitive young man who struggles to make ends meet. In his relationship, Antoine is torn between being Anna’s idea of prince charming, and being himself.

In real life, Arthur is a performer at heart since the age of 7. He has been trained to act since this early age. He is also passionate about martial arts, horse riding and street stunts (“parkour” in french). He has acted in short and feature films, in TV series and commercials. He recently acted with Nathalie Portman. Since 2012, he has also been directing short comedies for Why Nut .

Screen shots from the casting videos :

ABOUT THE AUTHORS AND DIRECTORS

"I studied cinema at Lyon 2 University where I got my masters degree. I also studied writing and directing in California at UCSD. In Paris, the ESEC school provided my training as a director’s assistant.  During my studies, I wrote and directed several shorts films.

I have worked on movie sets and in post production positions in California, Lyon and Paris. I now work as a director’s assistant in France while writing and directing short films.

Roselyne and I share values and motives. One of our passionate conversations gave us the urge to write about the prince charming myth and its consequences in modern society."

"I have been working as an « independent worker «  in the Art field for many years. I am interested in world representation through media, images or paintings. I have realized that women are under-represented as authors, and that their image is generally very stereotypical.

After meeting Melanie, I created the Association « Eloise » aiming at favoring female representation at all levels, in art and particularly in the audio-visual domain.

We are on the same page and complementary in our work. We have several short film projects aiming to question contemporary values that are very often coming from thousand-year-old prejudices."

One of the stages of Anna's evolution is generated by a strange dream, full of neurotic Snow White princesses. This part is a choreography by Manon Oligny, founder of her own company “Manon fait de la danse” in Montreal, Canada. She has created and directed over fifteen shows. We met Manon after seeing her excellent choreography « Où est Blanche Neige ». These are her words about the show :

« The Snow Whites are parachuted into space, they look for a way out, do not know where they are. While the audience sees the princesses move randomly, I wish that they build their own ideas on conformism, on the models proposed by mass culture that determine us all, consciously or subconsciously, but also on the relationships between what is virtual and reality in our lives.

Two scenes of the movie will take place in a tea house. “Le thé des écrivains”, located in the 3rd district in Paris, agreed to let us film in their colorful, beautiful and heartwarming place.

Picture of the tea house

The whole team, technicians and actors, will work for free. But even talented, volunteer artists need a camera, lenses, lights and sound equipment to make a movie! So, we kindly ask for your support to allow us to rent all that is necessary. The money will also provide for food, transportation and insurance.

Your name the end credits + access to the movie online

Your name in the OPENING credits + PREVIEW access to the movie online + a picture from the movie SIGNED by directors and actors + a DVD + an INVITATION to celebrate the end of the shooting with the cast and crew OR if you're not in Paris, a DVD from Melanie Dubost's last movie 'Slow White'

Your name in the OPENING credits + PREVIEW access to the movie online + a picture from the movie SIGNED by directors and actors + a DVD + an INVITATION to celebrate the end of the shooting with the cast and crew OR if you're not in Paris, a DVD from Melanie Dubost's last movie 'Slow White' + an invitation to the movie premiere with the cast and crew OR an online conversation with the directors + a friendly dink with the directors if you come to Paris ! pour les 3 premiers donateurs, une invitation à assister à une session de montage