Help me to create a movie about a living legend of BMX, Christophe Lévêque. 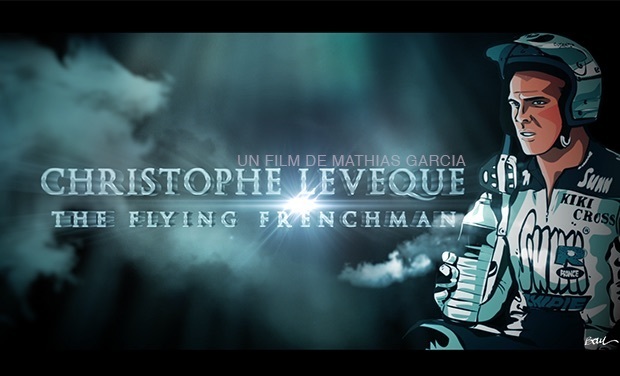 The BMX appeared in the Mecca of fun sports: the California, in 1968. At the beginning of the 70’s,the first competition started.

This sport is coming in Europe, ten years later. For the first time, the journalist, Alain Kuligowski will talk about BMX in France in Moto Verte Magazine. At the same time Gerrit Does, the future pope of European BMX, did the first show of this sport with around ten riders. This took place in Valkenswaard in Holland during a moto cross race.

In 1982 the first world championship occurred in Dayton (Ohio, USA) organized by BMX International Federation. In this time we counted around 3000 members in France, 5000 in Netherlands and more than 40000 in USA.

The Americans’ domination is really impressive for the 80’s followed by Holland and France.

In 1990 the world championship took place in France, Le Castellet, and once again the American Pete Loncarevich won the competition within the professional category.  Now this is the 17 years and + category that will be printed in the collective memory thanks to its winner Christophe Leveque.

I suggest you to relive one of the most beautiful chapter of the BMX history thanks to this biographic movie on Christophe Leveque. To know everything about this guy born in a Parisian estate who succeed after workhorse and passion to land more than 10 world champion titles, more than 20 in Europe and 5 in USA.

From now at the head of his own company in California, he carries on trusting podiums in the world. His next challenge is to win a competition he never took part himself (of course it didn’t exist at his time) the Olympic Games in Rio in 2016….

Till today I realized Christophe’s biographic interview when he came on Reunion Island few months ago. Christophe doesn’t open himself up easily, personal interviews are extremely rare. This will be a rare, real and intensive record about a pioneer period of the BMX history and about an American dream.

I will just finish by this quotation founded on Gerit Does’ website (www.universityofbmx.com)

"The PRESENT can't exist without the PAST"

For this project I'll need to interview old competitors of Christophe Levêque in France, holland and USA. I'll also meet Gerrit Does, European BMX's mentor indeed who will tell about his memories. I'll also shoot in California, by Christophe to see his complete history from A to Z and to discuss with old riders such as Brian Foster, Gary Ellis and others...

All extra moneys goes to create a DVD or a Blu-Ray collector Disc.