5 countries, 90 filmmakers in the making, 13 films : the Cine Nomad School is an unprecedented international co-production experience. 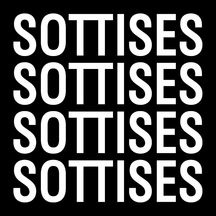 Cine Nomad School came from the desire to travel through borders and to discover the world together.

We believe that diversity makes the world move forward.

We think that people’s freedom of movement, cultural exchanges, and the ability to create together are values to stand up for.

We are 90 students from 6 different film schools: the ISIS-SE and IMAGINE in Ouagadougou, Burkina Faso, the ISMA in Cotonou, Benin, the Suny Purchase in New-York, USA, the Filmmakers collective and the Blue Nile School in Addis Ababa, Ethiopia and the CinéFabrique in Lyon, France.

For several months, the students have been working on developing film projects.

The film crews will be formed with a minimum of two different nationalities.

Currently, projects of narrative and documentary films are emerging from all around the world/ to the three corners of the earth.

In the beginning of May, students from the production department of the CinéFabrique will start their journeys in the several countries to prepare the shoots. Their mission will be to find actors and actresses, sets and different artistic collaborators for the films.

Save the date ! On April 9th we will reveal here the projects selected by our committee of international filmmakers.

The Superior Institute of Image and Sound is an institute for artistic education, technical training and a support in the film and audiovisual professions with a sub-regional vocation. Currently, the school gathers students from all around Burkina Faso and the sub-region. It offers a training in the following sectors: production, filmmaking, image, sound and editing.

The Suny Purchase is a public higher education establishment in the state of New-York. It offers curriculums mainly centered on art disciplines, such as drama, music and cinema. It offers to the students a theoretical training (cinema history, aesthetics, etc) as well as  a technical one (filmmaking, editing, etc.).

The CinéFabrique is a national film and multimedia school implanted in the Auvergne Rhône-Alpes region in France and which opened its doors on September 1st 2015. Now, the school is one of the three French cinema school with a free initial training. There are 30 students per class, selected among 1000 candidates. The CinéFabrique also offers a Preparation and Orientation Program for various artistic trainings. This class is opened to 12 young students selected on their motivation and on social criterions as well.

The Superior Institute for the Professions of Audiovisual Medias was founded in 2006 in Cotonou. Its mission is to offer students means to prepare efficiently their insertion in the professional life. Currently, the ISMA is provided with a production company which allows the school to support and to accompany the making and the diffusion of the alumni’s films.

Confronted with the difficulties of the unknown of a foreign country, we are meeting  each other’s culture on social themes, traditional or modern, but also on political and religious themes, which move us or intrigue us.

The film crews will arrive on set, in each country on May 26th. We will then be working together on technical scouting for a week. Afterward, we will shoot the various films in two weeks. Each film project will be signed collectively. The editing process will take place in the beginning of July at the ISMA school in Benin. The 13 films will be edited by editing students from every school.

Cine Nomad School is a dream that allows a cinematographic creation without borders.

The project is born from our will to induce an encounter with different worlds. There are as many personalities, cinema desires and points of view on the world as there are students taking part in this project

Being immersed in foreign countries, we will have to face a different everyday life. The shoots will be the place for exchanges and creation.

Our project is an experimental one, because we are the very first to lead such a cinematographic adventure.

Since December 2016, we have all been in touch to share our film ideas and pitches. The diffusion of the short films is planned in each participating country.

The making of the 13 shorts allows each student to question and to decipher the world in all its diversity and complexity. Our goal is to build international co-production projects, sharing our work methods, to improve future professional collaborations. We would like to support the eruption of new talents throughout the world and, in the end, to create an international filmmaker collective. We will send you picture and keep you posted about our meetings, our joys but also our struggles in this adventure.

We already have 100 000€ of financing which helped to create and put this project in place.

This amount of money will also help us take in charge the total amount of the travel expenses of the 90 students participating and to pay for their visas as well. Thanks to this financing we will all be able to travel in good condition.

With your help, we will be able to bring this project to life and make it achieve its maximum potential !

Your generosity is limitless ! This sum of money will cover the expenses related to the preparation of the shoots, the international transportation of our film equipment and the defrayal of actors and actresses.

You are wonderful ! The films will then have a budget to buy costumes, accessories and decoration. The films will undoubtedly be improved as they will artistically go one big step further.

You deserve one huge hug ! Thanks to you, we will be able to provide a full craft and transportation service on set which will take care of : the transportation of actors and actresses, film crews or running any other errand, the catering and the accommodation of the crews in each country.

Let’s be crazy – if you believe in us and the fund-raising campaign goes beyond 50 000€, a lot of new exciting horizons will be opened to us !