From Music to Images, from Images to Music. Get inspired. Mix. Create. 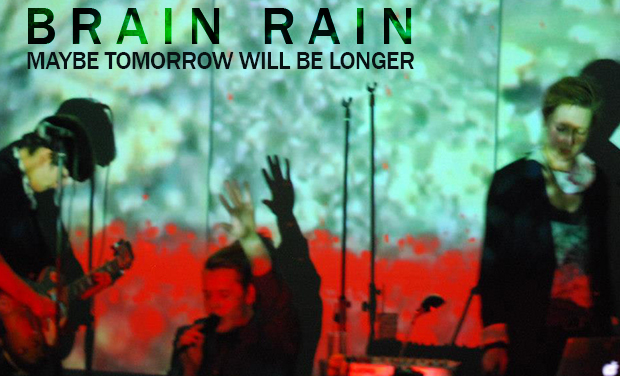 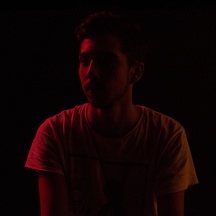 The project aims to find a common ground between two different, but still complementary, mediums – music and image. From Sound to Pictures - a thrilling journey while discovering new universes and creative possibilities.

Brain Rain is an indie-electronic band from Brussels. Its strong visual and distinctive sound cought the attention of the young film director Romain Vennekens. Romain believes that these sriking sonorious features can serve as an interesting departure point to experiment audiovisual ideas : by juxtoposing, entertwining and colliding sound and images. Therefore, we believe that music video can serve not only promotional purposes (such as raising the visibility of the band itself) but also, due to its short format, provides a creative space for those visual artists hunting for innovative forms and new ways of visual story-telling.

This crowd-funding campaign is aimed to collect the necessary budget to accomplish the shooting of the music video for the song “Maybe Tomorrow Will Be Longer“. A young and motivated team of professionals (who believe that their talent and young energy will bring good results) agreed to collaborate for free on this project. But even with all their goodwill , technical and logistic constrains remain. And that is the reason why you are reading this.

“It’s like warmness slowly beating through the freezing tubes”. The project was launched in Brussels, in the very end of 2010, as an effect of the collaborative decision made by two musicians: Gota Slick and Eliza Lozovska. The broad spectrum of previous experiences – from classical instruments, through the punk-rock and post-rock bands, until latest individual experiments with electronic sounds – is putting the creation of Brain Rain into frameless frames: cold, slow, severe, edgy but inevitably sensitive. While in the beginning Brain Rain was exclusively studio project, experimenting and searching for its unique sound, from 2011 the project started to be visible on the stages of Belgium, France and Germany. In the end of 2012, Brain Rain was selected as one of 8 semi-finalist (from 164 bands) of electronic music competition "Concour Circuit Electronique" (Belgium). Additionally, in February 2012, Gota Slick (producer), was selected to participate in Berlinale as a composer/sound designer for the Berlinale Talent Campus 2012.

Romain started studying film directing at the Institut des Arts de Diffusion (IAD) in 2009. These years gave him the opportunity to work on various projects including documentary films, script writing, radio and tv shows as well as fiction films. Four years later, now living in London, Romain has now developed a very strong visual universe, playing with pictures and the way they can express feelings and emotions.He has just finished his final university project, an experimental documentary about our eternal desire for elevation called "Weight(less)" and works on several music video projects. His last one was for Thyself and their song Behind Clouds.

Originally, Juanita is Colombian. She came to Belgium to study cinematography at IAD (Brussels). Her talent and aesthetic taste allowed her to work as director of photography and camera operator on various projects. Her professional abilities were already recognized by some film festivals, e.g. ‘Peut etre le noir’ (winner of VAF Wildcard at Leuven Film Festival, special mention at Vision du Réel & Sheffield Fringe), ‘Martien’ and ‘Camping Wesertal’. Together, Romain and Juanita have already successfully completed Behind Clouds – the music video made without any financial support but with a strong belief and a lot of creativity.

Clémence graduated in cinematography at IAD in June. While teamed up under several previous projects on wich Clémence was director of photography or camera operator, Romain started to be curious about what results it would bring if the rich charisma of Clémence appears not behind the camera but in front of it. This project will help Romain unravel the mystery. As well as it will allow Clémence to experience another side of cinematography while stepping into the light.

Nora is a film directing graduate at IAD. In June, she completed her film Aller Contre. For the moment, she is working on the script of her newest short-film. One of her previous projects, Julia, continues to be successfully screened at various film festivals.

The shooting will take place in different and thrilling places in the city of Brussels. It will explore in the magnificence of the Conservatoire Royal, the calm and mysterious atmosphere of the café La Belladone, the unexpected skyline of Brussels. Below, we present you some pictures made while we were location scouting.

The story will follow the journey of a mystical character, a kind of a modern fire priestess (performed by Clémence Warnier). A dreamy trip throughout Brussels - city that will become the board game for oppositions and complementarities.  Between fire and water, light and darkness, ancient and modern.

The whole shooting crew agreed to work on this project on a voluntary basis. However, in order to materialize these people’s talent and motivation, some technical gears are necessary. It will help renting high quality material, as well as allow them to create powerful and interesting images.

This particular camera was chosen due to its slow-motion feature. The aim here is to only slightly slow down the video, creating a feeling of irreality by doing so. The almost symbolic and low rental price of this high-quality professional camera is made possible thanks to a greatly generous sponsor!

Shooting in slow motion demands a lot of light. Therefore, it is essential to have lenses that can compensate that requirement by having a large aperture. Obtaining good lenses is also very important in order to create a unique visual style.

It is important to mention that the Conservatoire Royal and the café La Belladone agreed to open their doors for free! However, this humble fee will defray the person who has to be present when the team is shooting.

This amount will cover the purchase of various accessories: a Geisha statue, a fire bowl, a signet ring etc. All these atypical and mystical objects will serve to create a mysterious universe.

It will enable the team to build a smoky ambiance needed for some of the scenes.

If this crew already works for free, the least we can do is not let them starve! This little amount will help them keep up their energy during the long shooting hours.

This crowd-funding campaign would not be possible without KissKissBankBank! Therefore, this amount goes to cover the provision of their wonderful services.

If by any chance the collected amount overuns the pre-established goal, that extra money will be used to cover the still remaining expenses which, for the moment, are paid by the crew members themselves (transportation, petrol, location scoutings, tests etc.)

The overall amount is not particularly huge, but it will have an enormous impact on the project!

Help us turn this project into reality! If you cannot donate, simply share it on your Facebook page. This is also a contribution! :)