Let's build together an innovative job marketplace for the world freelance creatives and designers ! 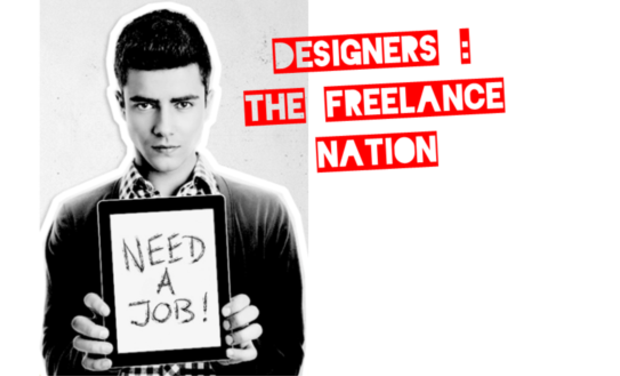 A job marketplace in line with a new world that's already in motion: the world of freelance workers...the "Freelance Nation" !

« A job marketplace for Freelancers ? Nothing new. »

True: job marketplaces for Freelancers are nothing new. Some of you may even use them.

However, after 8 years working in the creative industry, I'm not convinced by those job marketplaces some of which serve our industry's interests badly.

The job marketplace I'm talking about is based upon a community of 1000 Members, Freelancers as well as other creative experts, from 75 nationalities and 45 countries. A virtual but also a real community : in Paris, Sydney, Copenhagen and other cities around the world, Members from Creative Professionals Worldwide do meet and broaden their professional network !

That job marketplace is innovative, efficient and fair. Have a look by yourself :

You see ? Through that job marketplace:

1. the creatives will get more revenues:

- as Freelancers contracted by companies for job assignments

2. the companies will save time and money: who's best than an operational professional to judge of the ability of a peer to complete a job for a client? That's even more innovative !

When you support my project, not only do you support an entrepreneur, or a female entrepreneur for the most "girl-power"-minded ;-) But you support the whole world community of creative professionals ! Can't you hear that community call for your support ? Listen more carefully...

When you support my project, you're helping the world job market. You create economic growth and value ! In a word, you're fighting against the world crisis: in your way, you're becoming a SUPER HEROE !

You need more proofs that project is going to be successful?

Do you know that this year, 90% of the US- and EU-based companies will hire a Freelancer ? And that 1 worker in 3 will be hired online ? THIS is the "Freelance Nation" !

Need more proofs? Then listen to the following testimonials by Jean-Michel Ledru, Head of EDHEC Young Entrepreneurs, a start-up company incubator Creative Professionals Worldwide will be supported by for the upcoming 3 years. Also listen to Fabrice Marmousez, a Partner at PricewaterhouseCoopers, both of them being experts in company creation and development.

Our world needs creativity and design: support the creatives, support our project of building a job marketplace for the creative industry ! So, are you gonna be part of that new world?

I wanted to say a SUPER BIIIIIIIG THANK YOU to the talented creative team from our Community that designed the videos you can see on this page:

Also a big thank you to the Freelancers of our Community that acted in the video you can see on this page:

Today, Creative Professionals Worldwide is a social network for the creative industry. It's a Community of 1 000 Members, Freelancers as well as other creative professionals, from 75 nationalities, based in 45 countries. A virtual but also a real Community : in Paris, Sydney, Copenhagen and various other cities around the world, our Members meet and broaden their professional network !

Today, Creative Professionals Worldwide is also a website : www.creativeprofessionalsworldwide.com. That website was built based upon an online platform that made it possible for me to create and manage a social network with the help of relevant community features.

However, those features are not fitted for a job marketplace. Objective of my crowdfunding campaign is to build my own website and offer our users the following features:

- Client Space where companies could follow their selection process properly

So far, I've managed to collect €10 000 from my relatives and myself. Another €10 000 are missing to start building the new website as of this summer and hire 3 freelance creatives: 1 web designer, 1 developer, 1 integrator.

Should I manage to raise over €10 000 through that crowdfunding campaign, we could develop more features like a bank escrow where the client company would make a desposit corresponding to the budget of the freelance job assignment; that way, the assignment would be secured for the creative.

We need you to make that venture happen :-)