Discover traditional & contemporary fashion around the world through our documentary series & our E-shop! Get on the fashion road trip! 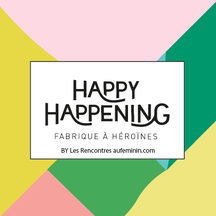 That’s why Dora is packing her heels into her backpack and going on a fashion adventure around the world to document the globe’s fashion & styles you haven’t heard about.

Do you know about the colourful styles of the hijabers in Indonesia? Or what about the beauty rituals of the Hamer tribe in Ethiopia? Ever heard about Vietnam fashion week?

Each episode will take you to a different country.  “Dora, The Style Explorer” will take you to meet the young, emerging, contemporary designers, the trendsetters, the cool spots, as well as the traditional and tribal styles of these countries. Dora will guide you through the modern & traditional facets of fashion of different countries through her encounters, wanderings, interviews, profiles and shopping. Follow Dora on her fashion road trips through the globe’s wardrobes!

The first pilot episode will take place in VIETNAM, taking you from the urban bustle of Ho Chi Minh City where a new contemporary design scene is emerging, to the misty highlands of Sa Pa, home to Vietnam’s hill tribes, whose traditional styles have gone untouched.

But the journey doesn’t stop there. You won’t be frustrated for long about not being able to find the awesome fashion from the reportage, because we’re bringing it back to you! After each trip, you’ll be able to shop the country’s exclusive selection through “Dora, The Style Explorer” E-Shop.

You might think "But what's the point? Who cares about style in Vietnam or elsewhere"?

Well, don't let yourself be fooled. If you're into fashion, catwalks and luxury, you probably already know that the world of contemporary fashion sources much of its inspiration in world dress cultures, and has always done so. The elements of these cultures are reappropriated in couture or pret-à-porter collections. This research for inspiration is an essential step in the creative process of the world of fashion.

That's why exploring fashion around the world isn't obsolete, it's quite the opposite, in fact!

The tone of "Dora, The Style Explorer" is half-way between National Geographic and a fashion magazine.

Informative, open-minded and curious about the world and its cultures, all while being entertaining, exciting, light, trendy, feminine and spontaneous.

The series "Dora, The Style Explorer" is part of the bigger project, "The OTHER - Home of Subcultures & Style Documentary". Founded in 2014, The OTHER is a media archiving diverse lifestyles, styles, subcultures and tribes. The OTHER reveals authentic allures and aesthetics from real people around the world, come take a wander through The OTHER's universe: www.the-other.info

To give you a taste of the result and the aesthetic of the pilot episode, we invite you to watch this latest video filmed by our camerman on a recent trip. We are passionate about visual storytelling.

Here is our detailed plan for the trip in VIETNAM, covering both traditional and contemporary aspects.

In Sapa – We will discover different hill tribes of diverse ethnic minorities.

We’ll trek into the mountains to visit their villages with a tribes representative, and discover their wardrobes, beauty rituals. We’ll meet the colourful Lolo and Flower H’mong, and the elegant Red Dao & Black Dzao.

Ho Chi Minh – We will meet a specialist designer of Vietnam’s national costume ‘áo dài’ who will explain to us the history behind the áo dài which is still worn mostly by school girls or for weddings.  We’ll meet Minh Hanh, fashion designer & director of Vietnam Fashion Design Institute who is known for her modern reinterpretation of the ao dai and also meet the young and emerging Vietnamese designer Nguyễn Công Trí who has reenvisioned the áo dài with a quirky and pop aesthetic.

In the city of Huế – We will visit the local artisans who are still making the traditional conical hat, which is still to this very popular in Vietnam and other neighbouring countries.

In Ho Chi Minh – The centre of the emerging fashion industry in Vietnam, we will meet the trendsetters, explore the street fashion, visit cool concept stores such as L’Usine and meet the creator of Vietnam’s TV hit show “Project Runway”.

We will meet our favourite contemporary Vietnamese designers, and visit their studios. We will notably meet French-Vietnamese designer Linda Mae Phung, who works with local hill tribes artisans during the creation of her collections, Ngoc Thanh-Cong who makes use of digital prints in his work, Phuong My who creates avant-garde and minimalist designs, hat designer Kan Kan Kemura, Lam who conceives youthful pret-a-porter, and Adrian Anh Tuan who designs cocktail dresses.

Dora is not alone. She just happened to have the right name! She’s your presenter and guide. She works as a TV host in the daily show “Comment ca va bien” on France 2. She also works as a journalist for magazines such as Glamour, WAD etc. In 2013 she was awarded with Le Monde-Google journalism prize. She’s the Co-Founder of the webzine, THE OTHER - Home of Subcultures & Style Documentary and founder of the blog La Gazette du Mauvais Gout.

You won’t see Sophie in the video, but she’s the journalist behind the camera, researching, producing and preparing interviews. She works as a Journalist, Publisher and Producer for international magazines and newspapers such as Purple Fashion magazine, The Guardian, and Vestoj. She's the Co-Founder of the webzine, The OTHER - Home of Subcultures & Style Documentary and Founder of The Third Eye Magazine, which is distributed worldwide at the likes of the Tate Modern, Palais de Tokyo and MOMA.

Clement is the cameraman, he will be following Dora on the road trip. He works as a freelance cameraman. He has worked for a French sports channel and co-founded the first documentary series about metal festivals in France, “2 Guys, 1 TV”.

Our goal is to sell the concept of “Dora, The Style Explorer” to TV and WEB production companies in order to enable its distribution and its continuation. (Unfortunately, we can’t fund a full series by ourselves. We wish!)

In order to pitch and convince the TV companies that our programme is awesome, we need to create and produce the Pilot with our own funds. “Dora, The Style Explorer” has already been awarded €5,000 thanks to Bonobo’s talent competition in June 2014.

This is where you come in. We need your help to make the Pilot episode a reality: we need to raise €5,000 more. But don’t worry, the episode will also be available for streaming online via the “Dora, The Style Explorer” website. (Accompanied by our E-shop)

€ 700 for Accommodation for 3 people in cities

€ 400 Travel insurance for ourselves & the equipment

If we raise over € 5 000, we will be able to bring back a greater selection for the E-Shop, create a better website, create better film animations and have an even better product to sell.