Help 5 sports enthusiasts participate to the Raid Hannibal, a 4-day trail of 160km distance & 9000m positive height. We are in it to win it. 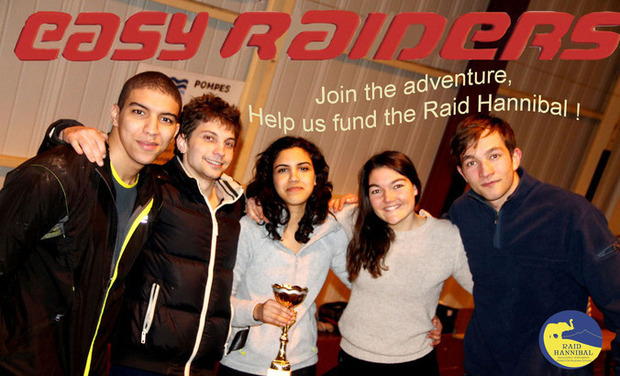 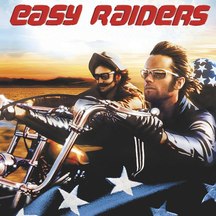 The Easy Raiders, a team of 5 students from EMLyon Business School dream of participating to the 14th edition of the Raid Hannibal which takes place from May 8th to 12th in the French Alps.The Raid Hannibal is one of France's toughest treks. We need you to gather the sufficient funds to pay the fees. This adventure will cost 2520 € for fees and equipments, we need your help to get the 1150 € that will allow us to be part of the adventure.

A 160km-race over 4 days (from 8 to 12 May), with more than 9000 m of altitude positive, organized by one of the largest associations of EM Lyon business school. It includes trail, run&bike, shooting, canoeing,  and biathlon where more than 40 teams composed of 5 runners compete.  Here is the video of the 2012 edition :

We are Othmane, Sébastien, Mona, Diane, Bertrand . We share a common passion for trail, and extreme sports. To be up for the challenge, we have trained relentlessy for months; We have supported each other in good times and injuries. Besides our two weekly trainings on the road, we try to train in the forest, in real trekking conditions, at least once a week. We are happy to say that our hard work has paid at the Preselection race where we were ranked 3rd.

Diane, the wild dreamer. This Extreme Sports enthusiast never feels more at home than when she is hiking in big spaces. Her friends call her Duracell for the energy she brings during trainings. She has been trained for several years at the harsh conditions of altitude and she will finish the trail at any price, even if she has to do it on rollerblades.

Bertrand, call him the lumberjack, the soldier, the troll…. With his only map, he will be able to guide his team through mountains and forests and will take them to the highest tops without being impressed. He might be the last descendant of the medieval times but he acts more like a cro-magnon with a special talent for making fire out of scratch.

Sébastien, the rocket of the group. He is able to keep an impressive pace regardless of the length of the route. Used to running long-distance races, he is the one to give the pace to the rest of the group and keeps a rock-solid endurance whatever the conditions.

Othmane, The sports fanatic of the group, has tried everything from bodybuiling, to rugby and karate. Trail running  was only the next logical step. This 230 lbs giant never leaves his house without his technological devices, but once he’s set free in the forest, he reveals his wild side.

Mona, the captain of the team. With an extensive experience of marathons, including the one in New York, she is very light and performant. The Raid Hannibal is her little baby.. She plans all of the trainings on her excel spreadsheets and acts like a mom for her teammates, calling them at dawn to remind them of the trainings. She will do everything to make it come true including performing songs in bars.

We need Kissbankers to make this dream come true.  Any amount of donation is more than welcome.

To finance the whole adventure, 2520 € are needed, the costs are detailed below :

We will finance on our own the equipment and the preselection costs. We still need additional support to fund the registration fees, which represent a total amount of 1150€.

We thank you in advance for your support and we are looking forward to sharing this incredible adventure with you !