A film by Lionel Retornaz, tale of an intimate journey in Henri Michaux's footprints. Please help us to finance this documentary ! 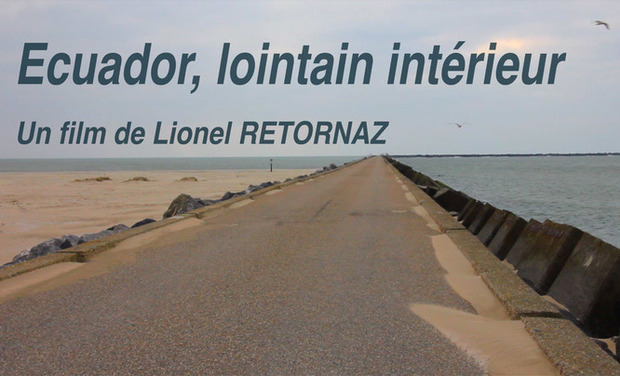 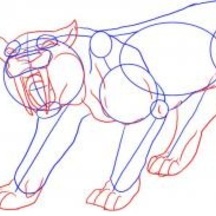 Summary of the project

Can we still travel today? Modern communication technology abolishes distance, television interferes with the everyday life of distant populations and almost everywhere, tourism organises a formatted experience. Michel Onfray, in his Theory of travel reminds us that with travelling there is always a possibility that we do it just to check clichés, not to let ourselves be surprised. The other risk is by reaction to the previously stated to fall only into nostalgia and think that because of globalisation only the travelers of the past could discover new things or new places.

Already in 1928, in the book Ecuador, the writer Henri Michaux seemed to confirm the end of a traveler's innocence. Nevertheless he did not abolish his quest. Would travelling be more than anything an inner adventure? The film Ecuador, far off inside suggests experiencing a real, imaginary, intimate trip, where impressions and memories of the nomadic writer and mine will converge. Return to the footprints of Michaux today : Europe, the Atlantic Ocean, Ecuador, the Andes, the forests of Brazil and the Amazon, to get a feeling of and criss cross distant territories and internal spaces, this will be reflected in the project, such the journey will be.

Birth of the project

Returning from a long trip in South America in 2007-2008, the idea to develop a personal project to transcribe and transmit the experience was born. A nomadic life, sometimes difficult, sometimes intensely free ? How to deal with this block of images and sensations ? The progress was laborious. I felt then terribly alone with my memories. I was looking where to continue, where to use my real and internal wanderings.

Henri Michaux's book Ecuador was a revelation. Its South American geographical anchoring, but more so the still states and questionings which it investigated resonated personally. The book would thus supply the theme of the movie to come.

A word from the director, Lionel Retornaz

My experience started in London, while working at the movie channel 'Turner Classic Movies' where I was employed from 2001 until 2007 and held the position of assistant producer in charge of On Air Branding and then Director-Editor. I also worked on programs relating to European and American cinema and directed interviews of well-known Actors and Directors (William Friedkin, Peter Fonda, Raoul Ruiz, etc.)

In 2007-2008, I changed course and continent : I travelled extensively in South America where I undertook Spanish studies and stayed with pre-Colombian communities in Bolivia and Ecuador. In 2010-2011, I studied for a Masters degree in creative documentaries at the Pompeu Fabra University of Barcelona. In 2012, I finished the documentary The Chalk and the Quills shown at FID Marseille festival and began the development of the movie project Ecuador, Far off Inside.

By supporting this project, you are trusting a professional with more than 10 years’ experience in the media industry. I am also fluent in English and Spanish and fairly proficient in Portuguese. This will be main advantages for the journey to come. For more on my work, I invite you to consult my website www.kino-mad.com.

A word from the producer, Annabelle Bouzom

Lionel Retornaz proved his talent and versatility in the broadcast Industry. Convinced of his capacities to take on and successfully manage a documentary project, I support him in the direction of Ecuador, Far off Inside. He's suggesting to share, through one single movie, three singular experiences : an intimate and introspective testimony, a criticism of the place of travelling in our contemporary society, as well as a reflection in which every traveler from yesterday to nowadays would recognize himself : is the exploration not be only internal ?

Les films de l’autre cougar is a film production company that ambitiously seeks to support projects conceived off the beaten track. Thanks to the availability of video tools, cinema is now everywhere and it is potentially made by everyone. In this context, it has to take up the challenge of excellence : we support this democratic and ambitious cinema, such as the project Ecuador, Far off Inside.

Some information on Henri Michaux

In 1924, after a tepid reception of his writings in the literature circles of Brussels, he leaves to Paris. In 1927, he publishes his first book at Gallimard, Qui je fus. In 1929, he journeys to South America and writes about Ecuador, tale of an anti-journey. In this period, the author is not yet 30 and have health problems with his heart. In 1933, he carries on the literary and geographical exploration with A Barbarian in Asia. In 1941, Let us discover Henri Michaux, by André Gide, draws the general public's attention to the artist and propels his work to the foreground. This limelight is uncomfortable for Michaux, the discreet and reserved author.

After the death of his wife in 1948, he starts intensely painting and publishes Nous deux encore. Painting overtakes writing and he holds his first retrospective in 1951. In the middle of the 1950s, he begins to experiment with drugs and alternative ways of exploring the mechanisms of the human consciousness. In the 70s, he gains admiration amongst the surrealists and the French New Wave ; this helps his work to obtain a worldwide recognition.

Michaux's Route (in red): Amsterdam (Netherlands), the Atlantic Ocean, the Panama Canal, his arrival in the Guyaquil port of Ecuador then Quito and its neighborhood, Rio Napo until Iquitos (Peru), through the Amazon until Manaus (Brazil) then to the mouth of the river. Finally, the Atlantic Ocean and the end in Le Havre (France).

To launch the project, the director will travel to the locations of Henri Michaux's journey: the Netherlands, the Atlantic Ocean, Ecuador, Brazil. Your support will allow us to finance :

The purpose is to obtain first crucial material coming from this requee, to capture essential images to start approaching broadcasters, development funds and potential co-producers.

From us to you, MANY THANKS

Your name in the credits of the movie