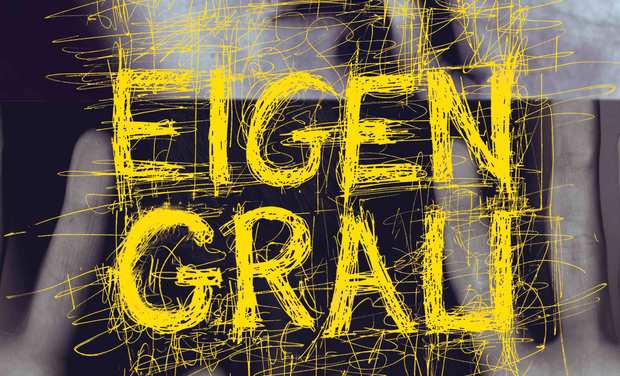 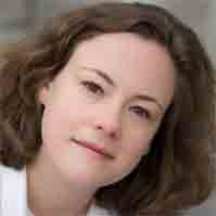 Blasted ! is a new theatre company whose purpose is to bring plays from the four corners of the Earth to the widest audience possible. We are currently preparing our first production: Eigengrau by Penelope Skinner.

After a rehearsed reading during the Peril Jeune! Festival on October 23rd 2015, Confluences invited us to produce the play for the first time on May 11th and 12th 2016. We’ll then bring the play to the Manufacture des Abbesses from May 15th to June 15th, Sundays, Mondays, Tuesdays and Wednesdays. We’ll also be performing on June 4th at the Journées Jeune Création Festival at Theatre 95, a publicly funded theatre, dedicated to contemporary plays.

In winter, we'll also be performing in Levallois Perret.

Two worlds collide: myths and the modern metropolis. The play raises an existential question: in a world depleted of its fixed landmarks and saturated by storytelling and ideals, how can one step into adulthood?

Caught in a relentless flow, constantly interconnected and yet lonely, “generation Y” struggle with their own fantasies and strive to reach their full potential.

At first glance, Tim, Cassie, Mark and Rose are four archetypes taken directly from a TV series – the loser, the feminist, the golden boy and the new age airhead. They are struggling to follow through with the paths they have set for themselves. As their convictions waver, they must make a choice: sink deep into destructive selfishness or take a step back, grow up and open themselves to others.

On stage, the realistic relationships will be confronted to sounds, lights and a set that will distort this reality, transport us beyond the series and myths, somewhere between the naïve elation of youth and the abyss of Greek tragedy.

Rose has moved into Cassie’s flat.

Tim is crashing at Mark’s on the other side of town.

Rose thinks she’s dating Mark who has a crush on Cassie. Tim meets Rose and is crazy about her.

Mark is fighting for cash

And Tim fights to wake up in the morning.

Deep in the urban jungle, they are searching

Tim is searching to belong

Rose is searching for her soul mate

Cassie is searching for equality

And Mark is searching to get laid.

Basically, what they are really searching for is themselves.

These four young Londoners must come to terms with their doubts and contradictions in an urban paradigm that is ever so quick to shove it all under the carpet. This personal and universal journey turns mythical in a world where everything is subjective, where so many images transform our reality.

a play by Penelope Skinner

May 3rd to May 6th: Rehearsal at Espace Dérives (Cie du Sisyphe Heureux)

May 11th and 12th: first performances of Eigengrau at Confluences (Paris)

We receive no public funding. In spite of this, we managed to collect four fifth of the budget with our own money and several charitable souls. With this we were able to pay:

- the upfront payment for the play

- and we could also ensure part of the hire of the performance space: 2000€

Should your kindness extend further, we would be able to pay for a recording of the show to find more venues and put more money aside for the theatre.

10% of the donations over 4000€ will be donated to other projects on KissKissBankBank. We are shamelessly copying the “Kicking in forward” scheme made available on US crowdfunding platforms. Spread some love around, why the hell not?

WE'LL LIVE HAPPILY EVER AFTER Thank you for the bottom of our hearts that we'll broadcast all over our social media + si you give us your phone number, a we promise a very special thank you

HOW I MET YOUR OFFER The previous rewards + an autographed poster of the play (keep it and soon you’ll have an amazing markup on eBay. Unbeatable ROI, only with Eigengrau)

CHEERS The previous rewards + a ticket to the sh-show, just for you, any day with a drinky

ONCE UPON A TIME The previous reward + a tutorial by Rose to create your origami to win the love of your life (back) and all the necessary trimmings + a personalized extract from a little known fairy tale (because it's not all Disney, go tell Rose that, actually!)

SHAMELESS The previous rewards + one of the actors records your voice mail message OR calls who you’d like to get you out of a meeting you can’t be f****d to go to.

SPOOKS The previous rewards + Attend a rehearsal, either physically if you’re in Paris or Lyon, or through Skype. + The rehearsal will be followed by dinner or a private Q&A with the team. + Cheeper tickets for future productions by Blasted!

LITTLE BRITAIN The previous rewards + dinner with the cast at the Bombardier, the best English pub in the heart of Paris!