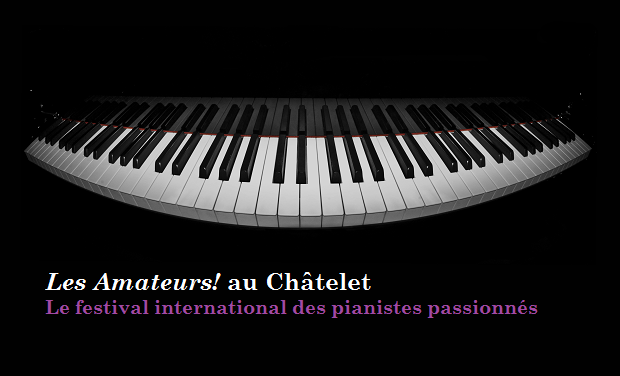 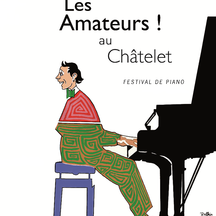 Les Amateurs! was founded by, and meant for piano lovers.

Dominique Xardel and Julien Kurtz met as candidates in the 2007 Boston International Competition for Oustanding amateur pianists. That's when they decided to found the first festival for amateur pianists (competitions were already blossoming all over the world but there was no such festival that would involve no competition).

All invited pianists have a busy professional life and spend the little spare time they have to practicing and playing the piano.

The result is spectacular and the invited musicians reveal unsuspected and outstanding musical skills. They ofen choose ambitious and fascinating repertoire and like to challenge themselves with monumental works. They obviously feel  comfortable with the most famous repertoire pieces too.

Listen to the festival musicians and make your own opinion!

After 11 successful festivals in France and all over the world, our organisation has developed its field of action and is also focused on developping the interactions between amateur and professional pianists - through masterclasses and shared recitals.

The repertoire of the festival has also become larger and larger, and now includes chamber music with piano. We therefore occasionally invite cellists, violinists, flutists and other talented musicians to perform.

Watch the report about the 2013 festival on French TV "France 3"!

Here are a few examples of articles about the festival, in France and around the world!

The funds that will be collected will contribute to pay for part of the inevitable expenses of a project of this size :

All the previous + a private one-hour concert by one of the festival's pianists if you have a place (and a piano!) to host the concert!