In this busy world, India leads the way by preserving it's culture. My dream would be to create a blog to promote this country by its diversity. 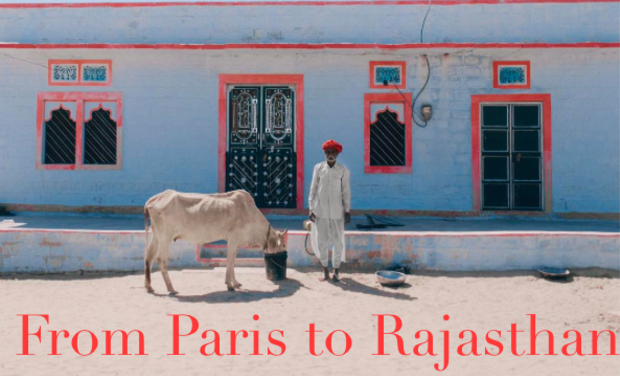 By going to India and especially to Rajasthan, I would like to capture this feeling unique to India, it's people, it's street, it's palaces, it's wildlife, it's smell, it's colours... Once this trip realised I will create a blog where I'll be sharing my point of view of this fascinating country, where art has been expanding like no other place on earth, food has been elevated to a point rarely achieved so far and there would be so much more to say

For my photo project I have chosen several cities of Rajasthan:

- I shall start with New Dehli, even if it's not in Rajasthan, it will show me a good part of the Indian style of living from the Slums of the north to the colonial past of India. I Shall be exploring different parts of New Delhi: from Bazaars in the south or even sellers of Darjeeling tea and of course temples with their splendid colours.

During my stay in India, I'll only be travelling by train as it is a characteristic of India and it will offer me a good view of the country.

- I shall then travel to Jaipur, the "Pink City", they say one can't feel more ravished than to be in the city of the Maharajas. This City seems so colourful with all these palaces and temples such as the wind Palace, Nahargarh Fort, Amber Fort or the city palace. My dream would be to capture these flawless woman wearing their Sahari's walking gently under the burning sun, and their children with their deep black eyes, image of purity.

- After Jaipur, I'll be going to Jodhpur, the Blue City, trying to capture its beauty at night under the flames of torches. By then I'll travel through the Thar desert where camels, wild cats and rare birds roam freely. Taking pictures of Jaisalmer, this city allegory of the "One Thousand and One Nights" must be great as it is a land where two cultures meet, and where the silk road used to pass...

-I'll be then going to Udaipur "the lake city" but before that, I'll be stopping on the remains of the kingdom of Marwar (the land of death) to take a shot of the beautiful leopard of India, very rare even though, furthermore this land is rich by its culture and by the hospitability of its citizens. Udaipur this Utopia, where a Palace has been built on a lake, is I hope a aven  where the people sell spices in the Bazaars, drink tea and coffee in  these local café's. The magnificient City palace must astonishing by the diversity of it's colours and marbles and the view from the Moonson palace arising above Udaipur must be breathtaking.

This would be the itinary of my trip, travelling from North to South, East to West Rajasthan, giving me the opportunity to discover and record the lands of the kings. This opportunity, I hope will help to change the paradigme that Europe has imposed on India since 1947.

Beginning January I have been severely ill, I had to quit my job, leave my friends and stay at home, I had the impression that my life was nearly ending. Hopefully today I am back on track yet still fragile. However, this illness allowed me to realise that what we are; are the souvenirs that we collect throughout the years that pass.

My passion for photography has always been within my soul but after my studies, I hadn't got the opportunity to make this dream a reality. On the other hand, India has always been a dream blending fears and excitement. This project would, as I said previously allowed me to put down the paradigms that the western world has imposed and to show the world through social medias and my blog the beauties of India, this country that we know so much but so little...

Moreover, I'll be bringing a suitcase full of clothes, pens and crayons to give to an orphanage.

All the funds would be reversed to I : Melanie Fouquay

Briefly here would be the calender of my Journey:

As detailed above, here is a map of my itinerary: