Fukushima, off the record

Japan after Fukushima: two speeches, two actors, the people and the government. Help us realize this documentary ! 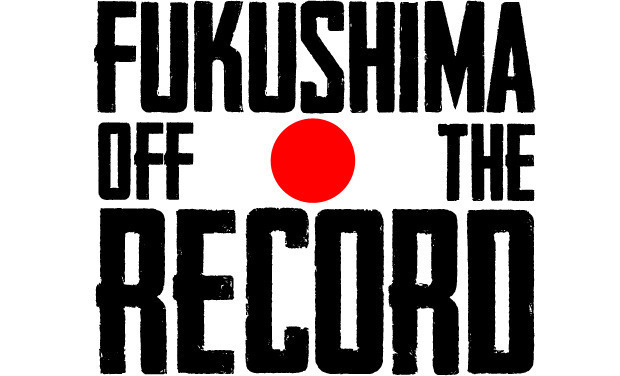 Fukushima, off the record

For 3 years, an information battle has been raging in Japan. On the one hand, the government seems to minimize the impact of the disaster that occurred on March 11th 2011. On the other hand, the victims, who get together through citizens’ movements and create their own information. As (future) journalists, we want to go there in order to show this gap between authorities and the population. Help us make this documentary film !

In Belgium, we don't have enough information to understand and analyse the complexity of the situation. We want to go to the field to avoid the communicational fog and to do so, we need you.

This issue in Fukushima isn't new; every nuclear disaster (Three Mile Island, Tchernobyl, …) had the same consequences: disinformation and the creation of protest movements within the population. This issue affects all the countries that have nuclear power plants on their territory. In Belgium, in Europe, we are likely to be confronted with such a situation… in 1 month, 1 year, 10 years.

During our research, we collected and analysed articles on these communication strategies. However, we need to put them into perspective and analyse them from the inside, to collect concrete elements, testimonies from the people directly involved, and especially to compare them.

Let's work together to go beyond a simple inventory or juxtaposition of facts, in order to understand and analyse the challenges related to this communication war, which has been raging since 11th March 2011 in Japan.

(Shinzo Abe: "There is nothing to worry about" Source: BBC News

Citizen: "They are slowly killing us. That's what makes me angry" Source: MailOnline )

Through our documentary film of about fifteen minutes that we will diffuse on January 2015, we will make you discover these various voices of Japan: political figures, pro- and anti-nuclear advocates, the family mothers who were rehoused after the disaster and various citizens’ movements.

Beyond this report, we want to take you with us throughout the construction of this project, during our discoveries and our interrogations: through articles on our blog, photos, tweets, videos and a maximum of interactions on the social networks… We propose you to live an adventure from Belgium to Japan: a shooting in July, a broadcasting in January.

We are journalism students from IHECS (Brussels). Since September, we are working together on this project, which is the culmination of our training before the professional life.

In a nutshell, Simon is a great lover of Japanese culture. He speaks Japanese, he can read and a bit write in Japanese. After living five months in Tokyo, Japan has become the country of his heart. It is obviously a major asset to find contacts and prepare our report.

Alice could be called “the iron fist in a velvet glove”. She is a friendly little blonde who can be a real war machine to carry out the projects she throws herself into. One of her motto: “Start now, not tomorrow”.

Bérangère is the cameraman of the group. She is positive is any situation. Her sweet nature brings softness and balance within our team.

Pauline has a bold and a cheerful nature. She is driven by a strong determination and is always looking for further information.

(Map of Fukushima's prefecture indicating the contaminated zones in millisievert) Source: Institute of nuclear safety and protection against radiation.

At the end of June, our flight will leave Zaventem (Brussels, Belgium) to land at Narita Airport (Tokyo). Once there, Tokyo will be our main operational base. We will meet several actors related to the Japanese nuclear sector: French correspondents, members of citizens’ movements, political figures, etc.

After Tokyo, we plan to go to Fukushima Prefecture with the local High Speed Train/TGV (Shinkansen) to cover the towns around the disaster area, also affected by radiations. We will interview the local populations about their living conditions and about the citizens’ movements formed after the disaster. We will finally go back to Tokyo to meet other people before taking the plane to go back to Belgium.

This report is an expensive and ambitious project. We have already beared the cost of the important starting point: the flight tickets. If we are already financially involved, it is because we want to convey such essential information of common interest. Your contribution to this project will help us to have an easier access to Fukushima and therefore to produce a higher quality report and a thorough background investigation. It will also allow us to find a fixer-interpreter. This is a very important point because the interviews will be easier and more interesting in the Japanese language.

Our motivation is unwavering! You can help us improve the quality of this project we want to offer you. The amount of €1,500 that we need will be used for :

- €120 to cover bank charges and the percentage taken by KissKissBankBank

- The remaining €350 will cover a quarter of our accommodation costs

As you will have understood, this is a particularly expensive project. All your extra donations will help us pay the remainder of the accommodation expenses (estimated at €1,300) and our food. ... In short, our vital needs !

Thanks everyone for making this adventure possible !

Every contribution is important for us, thanks a lot! Welcome to the team! We will be delighted to see you at our projection show. Your name will appear on the credits.

Thanks a lot! You will receive a postcard from Japan and we will invite you to attend our projection show. Your name will appear on the credits.

To thank you, we offer you an A4 picture signed by all the members of our group and our DVD report. You are invited to attend our projection show, you will receive a postcard from Japan and your name will appear on the credits.

Many thanks! We invite you to taste some Japanese food with us. We offer you a gift from Japan, our DVD report and you are invited to attend our projection show. You will receive a postcard from Japan and your name will appear on the credits.