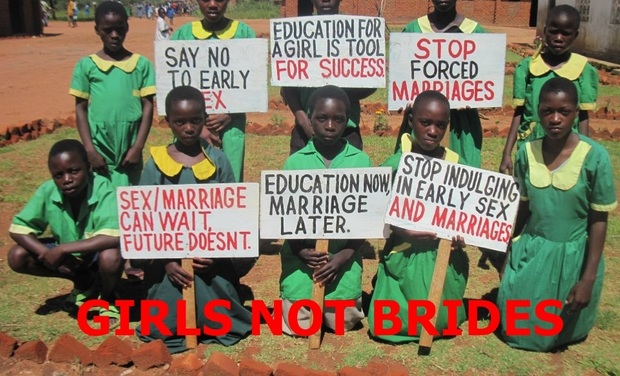 GIRLS NOT BRIDES PROJECT aims ending Child, Early and Forced Marriages, a harmful traditional practice that is affecting many poor girls in the areas of Traditional Authorities Lundu and Ngabu in Chikwawa district in Malawi.

Girls Not Brides Project will be implemented by YCD (Youth Coalition for the Consolidation of Democracy - Malawi). YCD is a non profit  making institution registered under the Trustees  Incorporation Act, registration number: TR/NC/5858, a member of the Council for  the Non Governmental Organization in Malawi, registration  number C1078/2017 and registered with the NGO-BOARD of Malawi registration number: NGO/L/17/027.

Girls Not Brides Project targets girls from 10 to 18 years old in Traditional Authorities Lundu and Ngabu in Chikwawa district in Malawi.

Women make up 51% of the population of the area. However, the Socio-economic status of girls and women is very bad. Girls and Women have very low-income even though they labor more than other household members. Girls have low access to education. Education is central to all and especially to girls and women in the fight against poverty and discrimination. This is because of  poverty and harmful traditions and cultural norms.

It is from such a background that we are making this call for support.

It is expected that the project shall achieve the following results:

- Improved well-being of girls in areas of health, education and individual choices in marriages

access to education by girls thereby reducing their vulnerability to Child, Early and Forced Marriages.

The main activities of this project are :

- Three meetings with 120 Traditional Chiefs and Councilors. The main purpose of these meetings is to embrace meaningful involvement of local leaders at all local levels in the fight against Child, Early and Forced Marriages. Through these meetings Girls Not Brides Project intends to lobby Local Councilors and Traditional Leaders to institute by-laws that restrict Child, Early and Forced Marriages.

For all these meetings, transport will be reinvest and food and water will be given to the participants.

- Community outreaches campaigns against Child Marriages through 8 radio programs (once a week), 8 dramas, and rallies (made by 8 people). In order to product these activities, we shall also need financial support.

The money collected will be transferred into Eva Beaurain bank account, project coordinator in YCD.