"Greetings from Michigannehorel" is a musical webseries in 6 episodes & 6 music videos shot in Michigan. 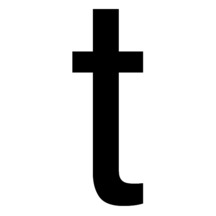 The series will tell the story of the character Anne Horel as she travels through Michigan. A thrilling musical adventure, with amazing events inspired by American folklore.

Three weeks of shooting in Michigan in August 2013.

The episodes will be released in December 2013.

Anne Horel, a major star in France, meets a wealthy American producer at one of her concerts. He invites her to go tour in Michigan and launch her career in the United States. She decides to follow but does not realize all the obstacles she has to overcome to complete this project.

On the road to adventure, Horel will discover the USA — for the better and for the worse.

This road trip across Michigan — the birthplace of punk, Motown and electronic music — takes our heroine through a whirlwind of surreal adventures. During this epic adventure, she meets the pantheon of music legends, guided by supernatural entities.

The story begins when Anne Horel is at the peak of her career in France. She is a superstar — invited on all TV shows, featured on the front page of every newspaper, playing sold-out shows in arenas and stadiums.

The time has come for the phenomenon Anne Horel to be exported across the Atlantic to America, the land of plenty where her burning dreams of an international career can be realized.

Deciding to follow her instincts and make a new start in life, she takes off for Michigan.

Faced with logistical catastrophes and surreal encounters, she will fight to the end to keep faith in the project and make herself known. The songs that punctuate the cascade of events will reveal the humorous and adventurous mood of the tale.

Her journey will take her on a mystical quest through the folkloric land of Michigan. This tour will not be easy, and the character of Anne Horel embodies the figure of the anti-hero — a kind of Faustian Beat Generation 2.0 served with an electronic sauce.

The aesthetic, borrowed from various films and television programs, registers America’s tinge of mutant culture that has emerged in recent years under the influence of the World Wide Web. This hybrid aesthetic is close to the collage artworks that Anne Lauroz and Anne Horel have developed in their collective and individual artistic practice.

The songs that punctuate the film already exist, with the exception of the lyrics to one song, which will be written on the road. The music was composed by Vincent Hénon. The lyrics were written and performed by Anne Horel. The songs will be recontextualized in places where the activities unfold, as described in the following episodes.

The film will be shot in the state of Michigan, the Rust Belt home of Motown and automobile industry. A former French colony, Michigan is dotted by towns with incongruous (and sometimes French) names.

On the ground, we will explore new landscapes, visit strange places, and become immersed in American culture. As a part of the scenario and the multiple aesthetics the film will employ, the itinerary is designed in a manner so that the story will unfold in parallel with the kilometers driven: a roadtrip.

Anne Horel is a collage artist, maker of GIFs and videos, singer, performer, and cat caretaker who works primarily on the Internet and especially social networks. Compulsive consumer of all types of audio and visual stimuli, "Collage-with-a-large C" is her preferred mode of expression.

Weaned on television, video games, Internet (and its precursor, the French counterpart Minitel), Horel is marked with the seal of channel-surfing culture, symptomatic of the generation that came of age in the apocalyptic wake of the Y2K bug scare.

A compulsive gleaner and archivist of web iconography, multitasking videographer, and frenzied collagist, Anne Lauroz splits her time between films and art installations. She weaves fictions that revisit the codes and clichés that are prevalent in film, television and on the web. In this flow she has developed an aesthetic with a certain derision that operates in awkward shifts between real and fictitious.

She regularly works with artistic collectives and has participated in several workshops and residences in France and abroad, and works occasionally with Anne Horel

She will play the chameleon character of history in each chapter a different role assigned to her (Lynchian Log Lady, private detective, ...)

Brian J. Bowe is a music journalist, author of several biographies of the great legends of rock (The Clash, the Ramones), former editor of Creem magazine, and documentary filmmaker. This great musicophile is also a visiting assistant professor of journalism and communcations at Grand Valley, State University and a doctoral student in media framing at Michigan State University. This year, he is teaching at the graduate school of journalism and communication at the Sorbonne University in Paris.

He will play the character of the American producer. Tender-hearted, protective and generous, he is the figure of the spiritual guide who oversees Anne Horel in her quest.

This trio collaborated on "Sous-Titrée" music video, produced in April 2013.

The amount will be used exclusively for the travel fees, including:

The surplus collected will be used for costumes and props.

Thanks for your support !