Indie Way is a documentary on the festival La Route du Rock, shot during its 23rd edition in Saint-Malo (Brittany) from 14 to 17 August 2013 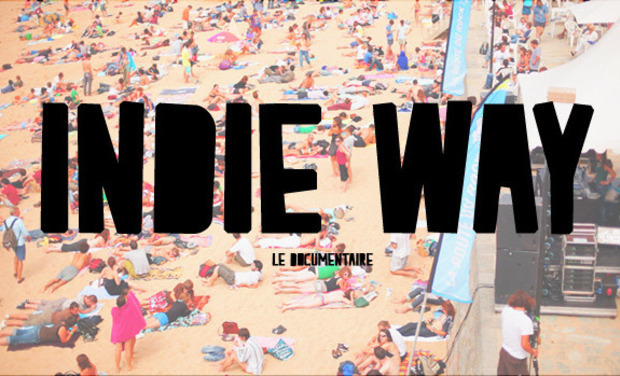 Indie Way is a documentary on the festival La Route du Rock, shot during its 23rd edition to be held in Saint-Malo (Brittany) from 14 to 17 August 2013. Considered as an atypical festival thanks to its refined line-up, and an intimate cultural event due to its limited capacity of 14.000, it has attracted an audience of hipsters (before hipsters as a concept even existed), curious locals and lovers of flossy indie rock and electro.

Beset by financial difficulties, by the competition of large French and European festivals, the inflation of artists' fees and the decline of government subsidies, La Route du Rock keeps going thanks to a reputation for quality in the media, a small devoted audience and an army of about 700 loyal volunteers. Eminently Breton, and international by nature, La Route du Rock also attracts with its location - Saint-Malo in mid-August, the beach, the fortifications of this walled port city and the never-ending hope for sunshine (while it is actually raining) largely forged the exotic and rock'n'roll image of the festival.

Through interviews of festival goers, artists, organizers and volunteers, Indie Way tries to capture the essence of the atmosphere and the distinctiveness of this unique festival.

The documentary is structured in four parts, each following one of the four major players in the festival - the organizer Rock Tympans, volunteers, artists and festival goers – and is punctuated by gigs and the artistic life of the festival.

> Indie Way will first analyze the independent artistic policy of the organizer Rock Tympans and provide a picture of the cost of musical discovery in today’s artistic landscape and a glimpse of the ephemeral ecosystem of the festival and the planned obsolescence of beer kegs.

> The second part follows an artist who has played live during several editions of La Route du Rock: Indie Way will discuss the artistic process of the band, its history with the festival and its experience the 23rd edition, during and around the concert.

> Finally, Indie Way will question the personal relationships of volunteers and festival-goers with the festival - their expectations, their relationship to music and the line-up and why they participate in the festival, often for several years, despite the rain, mud and camping. This 26 minutes (or 4x6 minutes) documentary is both an artistic and journalistic project, written and directed by Leila Hadd and Chloe Choquier.

Shooting will take place from 12 to 18 August 2013 at the Fort Saint-Père, near Saint-Malo, where the main stage of the summer edition of La Route du Rock will be, as well as on the Bon Secours beach in Saint-Malo, where a smaller stage is set up for concerts in the afternoon. By choosing to address the festival through the different perspectives of those who are making it happen, Indie Way distinguishes itself from all too common journalistic reports which collect interviews of famous bands showing appreciation of the greatness of the audience.

Observing the artistic mechanics and the organization of the festival gives Indie Way a message: it is essential that such festivals as La Route du Rock exist, as a space dedicated to music and cultural discovery outside of the overrun grounds. The visual style of Indie Way is directly related to the artistic policy of the festival: an uncluttered blend of sophistication, powerful images and emotion through a vintage and rough picture. And just like La Route du Rock, Indie Way puts the people at the center.

Leila Hadd and Chloe Choquier undertook the documentary project together and are currently finalizing its script. 3800 EURO is our minimum budget, with limited equipment and minimized shooting and editing time: without it, Indie Way cannot exist.

Any contributions in excess of this amount will be used to improve the execution of the documentary: better equipment for shooting and editing and better opportunities for dissemination and communication about the film. Today, we need your good wishes, comments and money. Return on investment with goodies and our infinite gratitude is guaranteed!

Many thanks in advance and see you very soon!

Your name in the end credits... and the glory that comes with it!

Previous rewards + A postcard from Saint-Malo with a personal message - just for you!

Offer for volunteers and festival-goers: an offer just for you: our eternal gratitude and a kiss or a beer during the festival!

Previous rewards + exclusive access to our blog documents with exclusive pictures and daily entries on the shooting and editing. Can you believe it ?

Previous rewards + DVD of the documentary... to watch again and again!

Previous rewards + Your name as a producer of Indie Way