After 5 five years on the road, over 300 shows, it's finally time to record the new album!

An album that I’ve been dreaming of for a long time is about to become reality. And with a little bit of your help it could be yours! Some of you may know me all ready, others will discover me with this page and through my music.

Moved by the moonrise over the Cocagne bay, amused by rebel hairdos in the wind, marvelled by a dandelion between my toes, amazed by the ocean, inspired by the rain and afraid of  the tiniest spider! Saddened by intolerance, outraged by injustice, troubled by the loss of innocence but always enthralled, driven and spellbound by love, nature and all living creatures. My album is about a bit of all that!

(photo of the Cocagne Baie in Nouveau-Brunswick)

Songs written and composed in the urgency of expressing a deeply felt emotion. A look on my own life and the one around me, transposed into lyrics and melodies. It’s finally time to record them. Take the time to make the album. Offer the best interpretation possible, share the most honestly possible my work. Give life to the project. A project embraced and enriched by my partner-director, Yves Marchand,  singer-song-writer (Belvédère, Si l’homme est fait de kilomètres) and keyboardist, founding member of the Québec famous band, Zébulon.

(photo ofYves Marchand during the pre-production)

Yves and I have been working together since the first day we met! Life, destiny has brought us together. Ever since, love and respect of the arts have been our guides. Soon after we met at Le festival international de la chanson de Granby, we created and produced our show Pays d’abondance (Land of Plenty), which brings together Acadian and Québec culture through our own songs and those of great poets. It has brought us across Québec, Acadia and France. This show also allows me to perform original humoristic and moving monologues. After over 250 performances, I know that the stage is my home and that writing and composing are the foundations of my freedom

Two years ago, we created my own show called Comme une chanson (Like A Song). It gave me the opportunity to present some of my new material alongside other original songs of my repertoire. It especially gave me the chance to define more precisely my world, my work as a singer-songwriter.

A very beautiful and promising adventure.  Can’t wait to share it with you!

The funds raised with the campaign will pay in part ( a third)  the production's total budget which is 20 000$. Yves and I will invest the other 2/3.

You'll find the budget and expenses charts below.

If ever we exceed the campaign's goal, the extra money will go to promote the album.

The album is due to come out in Septembre 2017. 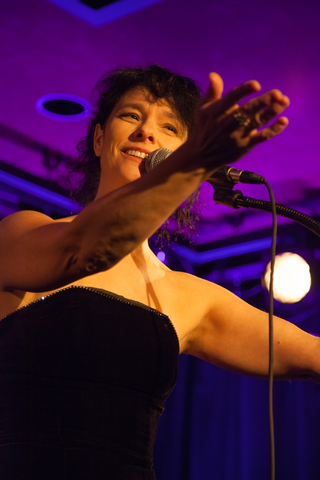 You will receive at home two personally signed albums! Isabelle's newest album as well as Pays d'abondance's album at Isabelle's official album release date. PLUS 2 TICKETS to Isabelle's show at the date of your choice (offer valid for two years) PLUS Isabelle's delicious clam chowder recipe. And a EXTRA BONUS! you will also receive a USB key with an original and unpublished song by Isabelle.