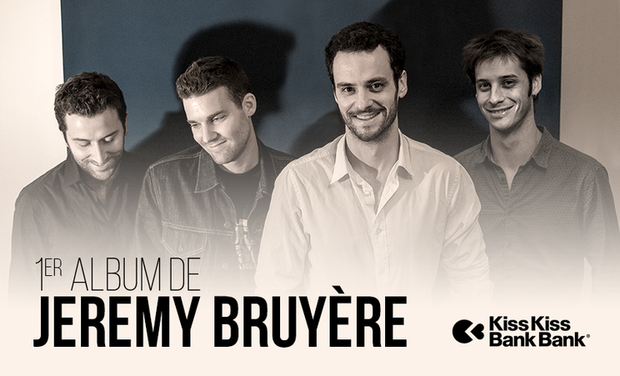 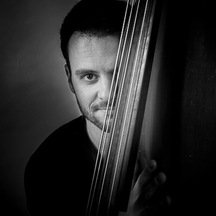 After serving for many years as a first class versatile jazz and classical bassist (Thomas Enhco, Jacky Terrasson, Baptiste Trotignon, Orchestre National de Lyon, Verbier Festival Orchestra, etc...), Jeremy Bruyere has finally decided to lead his own project hence he is about the record his debut album, which is precisely the reason why he is doing the crowdfunding campaign.

Lucky to have crossed path with so many different influences, this first opus will combine all these sonic and timbral words all together in a very subtle manner . Mostly originals, these compositions are definitely coming directly from his two years spent in New York, playing and living in this highly influential and creative jazz scene. Hence some will recognize is love artists like Avishai Cohen, Gerald Clayton, Aaron Parks, Kurt Rosenwinkel, Avishai Cohen, and the list can go on and on...

It is by the way in this vein that one of his key compositions "Unexpeceted part #1" has been written, which opens Laurent Coulondre Trio album called "OPUS II", released last year. As a matter of fact, Laurent happens to be Jeremy Quartet's pianist as well.

For this debut Album, he surrounded himself with 3 very talented musicians and friends, that also share his taste for this refreshing jazz and its numerous challenges. Laurent Coulondre on piano and keyboards (organ, rhodes,etc...), Maxime Berton on saxophones, flutes and bass clarinet; and Arthur Alard on drums and percussions. This Quartet Formula, intimate in its density and vice versa, highlights its four multi-instrumentalist's timbral and rythmical richness for an alchemical musical experience.

Part of this album repertoire have been experimented at Sunset Jazz Club during our first show as a whole in January 2015. This performance being filmed, we used this material to create 3 to 5 minutes video teasers that were published on facebook on a weekly basis and more recently on Youtube on a playlist simple called Jeremy Bruyere Quartet

The Recording of 10 -15 new original tunes will take place at Studio des Bruères, in Poitier in June 2015 !

The Album's release date will be in January if everything goes as planned.

An exclusive track will be shared in Avant Première with all the contributors of the campaign in addition to the rewards.

The "CURIOUS" Pack : Get one rare track from Jeremy Bruyere Quartet + be on the mailing list of the new album so you can enjoy being updated about related infos and videos regarding this first opus, etc.

The "FRIEND" Pack : Your name in the thank list on our facebook page Jeremy Bruyere Quartet + The "Curious" Pack.

The "DIGITAL" Pack : Get the Album in download version one week before its official release + The "FRIEND" Pack.

The "PHYSICAL" Pack : Get the Physical Album in your mail one week before its official release + The "FRIEND" Pack

The "PHYSICAL DELUXE" Pack : The autographed Physical Album one week before its official release + The "DIGITAL" Pack.

The "SOLIDARY" Pack : The "PHYSICAL DELUXE" Pack + 1 invitation to one of our show in the city of your choice.

The "SOLIDARY DELUXE" Pack : The "SOLIDARY" Pack + A Special VIP backstage "rendez-vous" with the band's artists after the show.

The "FOR TWO" Pack : The "PHYSICAL DELUXE" + 2 invitations to one of our show in the city of your choice.

The "FOR TWO DELUXE" Pack : The "FOR TWO" Pack + 1 extra autographed Physical Album (so you get 2 albums total) + 1 extra invitation to one of our show in the city of your choice + 2 Special VIP backstage "rendez-vous" with the band's artists after the show.

The "DEDICATED VIDEO" pack (a very good special gift idea) : The "SOLIDARY DELUXE" Pack + we will film one of our originals (in solo, duo, trio or Quartet) and dedicated it to you. The video will be published via our social media (youtube, facebook, etc) or sent privately to you via Wetransfer in case you prefer to remain anonymous.

The "PRIVATE CONCERT IN TRIO in COSY version" pack : The "SOLIDARY DELUXE" Pack + a 1h private show in my home, in Paris, with the acoustic Trio Basse/Saxophone/Percussion, followed by a friendly food and drinks with the artists. Limited to 4 people per show in order to be as cosy as possible. (of course if you are 5 or 6 we can arrange something...).

The "PRIVATE CONCERT IN QUARTET in the COSY version" Pack : The "SOLIDARY DELUXE" Pack + a 1h private show in my home, in Paris, with a very special quartet acoustic setting, Basse/Saxophone/Percussion/Keyboard, f followed by a friendly food and drinks with the artists. Limited to 4 people per show in order to be as cosy as possible. (of course if you are 5 or 6 we can arrange something...).

The "SPONSOR" Pack!!! : You just want to help us and your name will mentioned in the "special thanks section" as a very special donator + you will be invited to all of our shows with a VIP pass until we release another album + 5 autographed album for the persons of your choice + The "AVANT PREMIERE" Pack, of course!!!

The "SPONSOR DELUXE" Pack!!! : The "SPONSOR" Pack + the "PRIVATE CONCERT IN QUARTET" either in the "COSY" or "IN YOUR HOME" version.