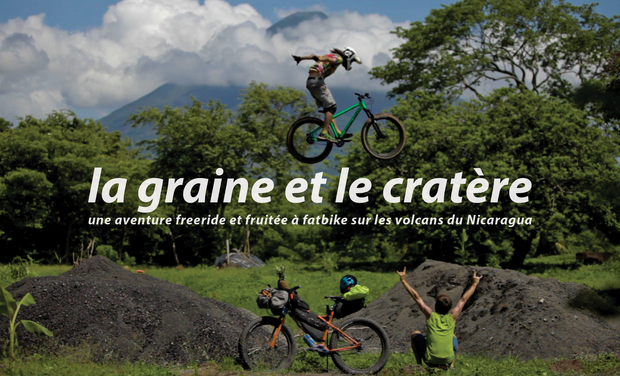 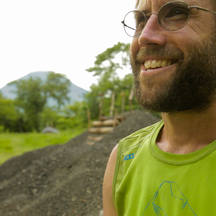 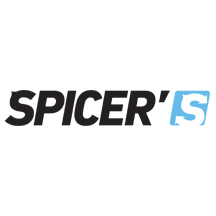 "The Seed And The Volcano" first of all is the story of two friends who love travelling on their bicycles and do  silly stuff on wheels: Dams and Tibo launch themselves on a fatbike journey (you know, those weird mountain bikes with super big wheels - check out the video at the bottom of this page) across Nicaragua and on its volcanos. Beyond the sport challenge and the adventure, the 2 buddies share a common objective: feed on the fruit, veggies, seeds and green leaves they'll find along the way.

Dams and Tibo are indeed passionate with raw food and raw vegan "cuisine". This lifestyle is a non-processed fruit-and-veggies based diet. In this project, Dams and Tibo submit themselves to a full medical monitoring and analysis to determine wether their diet is suitable for intense sport and adventure travels. It's thus a project where we shall discover wether raw food has an impact on our health and on our environment.

The project "The Seed And The Volcano" will generate a documentary film, which title is planned to be "¡ Tuani !" (which means "super cool" in local Spanish nicaraguayen slang). "¡ Tuani !", shot and made by Dams, aka Damien Artero from Planète.D, is not going to be just another adventure/travel film,but also an investigation work on the human bodythourgh which we shall learn about health, food, sport, Nicaragua of course but also our impact on the environment. Raw food can indeed be linked with many contemporary issues mankind has to solve: sustainable agriculture, cattle, global warming, hunger and health care.

The 2 friends have been eating raw vegan for years. Before taking of, Dams and Tibo are checked from head to toe by a doctor (who hilmself knows nothing about their lifestyle) and submit themselves to a full helath scan. Turns out they're perfectly healthy and fit. So first, we shall unveil in more details how they eat!

Long story short, they feed on fruit, veggies, (germinated) seeds and greens provided by organic (and as much as possible local) agriculture. Processed food, meat, fish or dairies are long time banned from their kitchen. The absence of cooking preserve the nutrients. But Dams and Tibo show us that it's not about sad meals and constraints. Raw food is abundant and the possibilities for tasty, savoury creative dishes are endless.

The 2 travellers then fly away to Nicaragua and jump on their fatbikes.

They land in Managua, then explore the North-West of the country (a major volcanic area in Central America) before heading south and aiming at the Ometepe island,with its two magnificent volcanos and rich biosphere

They're fully autonomous on their bikes. But their major challenge is to find food and feed themselves following to their lifestyle. The locals help them discovering the country's natural and local ingredients accordingly.

Those encounters open a window on Nicaragua's culture, gastronomy and agriculture. They're also opportuhities to confront the 2 French travellers' views on food and health to the local pooint of view, and  question it.

The film shall obviously bring forward the freeride dimension and the breathtaking sceneries where the 2 friends shall unleash their biking and running skills. Dams and Tibo indeed aim at climbing volcanos with their fatbikes to free ride down, and also to run up and down the volcanos.

All of this with humour, fun and ligh hearted style, cause the 2 frenchies are funny guysand don't take themselves seriously, even if their project isvery serious and rigorous. They don't want to convince you or force you into following their lead! Dams and Tibo simply want to share their lifestyle, joy and energy and investigate on what benefits it could bring, individually and globally.

They shall interview all sorts of people - doctors, researchers, athlets, economists, farmers - to merge various points of view on their lifestyle and build a global image of it.

The film "¡ Tuani !" already has a broadcaster which pays for the trip. It's Spicee (www.spicee.com). Some of the equipment is provided by sponsors, and the rest by Damien himself. This crowdfunding aims at financing the editing and post production of the film.

Our gratefulness and your name at the end (credits) of the film :-)

Our gratefulness and your name at the end (credits) of the film in capital letters plus kisses from the team.

Our gratefulness and your name at the end (credits) of the film in capital letters plus kisses from the team AND access to the full film in streaming before anyone else.

Our gratefulness and your name at the end (credits) of the film in capital letters plus kisses from the team AND an invitation to a film's screening.

Our gratefulness and your name at the end (credits) of the film in capital letters plus kisses from the team AND a pack of 2 DVDs with raw food recipes in video.

Our gratefulness and your name at the end (credits) of the film in capital letters PLUS kisses from the team AND access to the film in streaming PLUS an invitation to a raw food workshop with us.

Our gratefulness and your name at the end (credits) of the film in capital letters plus kisses from the team AND we visit you to screen the film just for you.

Our gratefulness and your name at the end (credits) of the film in capital letters PLUS kisses from the team AND access to the film in streaming PLUS we come and visit you and give you a personal raw food work shop.