Support the release of a documentary filmed alongside with migrants who struggle to cross borders, in search of a better life. 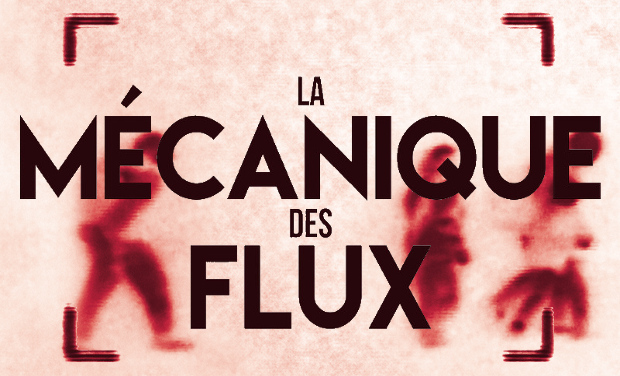 At Europe's borders, determined women and men struggle to overcome barriers imposed by the EU. With the strength of their dreams as their only weapon and against all odds, they confront a violence that conceals its name in order to keep control of their lives. This new cinematic work provides another close, at times sensitive, look at this reality.

A documentary filmed at the borders of Fortress Europe

Flow Mechanics was filmed on different key sites of the migratory routes of Europe. This documentary gives voices, faces and bodies bodies to « migrants », « refugees » or so-called « illegals ». Before all, Flow Mechanics is about human beings attempting to cross borders and looking for a better life. Through portraits and landscapes, the film tells the violence hidden beyond the so-called "control of migratory flows". A violence exerted on men, women and children which reveals one of the faces of today's Europe.

The third film by Nathalie Loubeyre about migration after No Comment …

Before the situation of migrants attracted attention from mass media, Nathalie Loubeyre was already working in Calais in 2009. Shortly after, she released No Comment, a documentary shot without any comment or interview six years after the closure of the Sangatte camp. This film shows the reality of migrants' survival between police repression and activists' solidarity, while keeping its goal of avoiding eccessive victimisation or heroization of Afghans, Iraqis, Kurds, Palestinians, Somalis and others from many countries, who try to cross the Channel. This documentary received the Grand Prix at the International Festival of Human Rights, from the hands of Stéphane Hessel. No Comment will be one of the boni coming with the Flow Mechanics DVD.

… and Against the tide

In 2012, Nathalie Loubeyre and Joel Labat start a new documentary on another European border : the Mediterranean. While the number of dead migrants at sea had already reached several thousands in the governments' complete indifference, a coalition of European and African associations named Boats 4 People chartered a ship to launch an awareness campaign in the Sicily Channel and defend the rights of boat people as well as the sailors and seamen who help them.

With the filmmakers on board, along with activists from different countries as well as relatives of missing migrants, a sailboat, the Oloferne, sets sail from the Antiracist Festival in Cecina (Tuscany) to reach Palermo, Tunisia, and the islands of Pantelleria and Lampedusa, at the time strong symbols of Fortress Europe. The documentary was released on DVD in five languages and screened in Tunisia, Morocco, France as well as in Italy.

A documentary that crosses boundaries

While focusing on migrants' rights just as in Against the tide and No Comment, Flow Mechanics expands the viewer's field of vision to the European borders as a whole, and depicts the control of migrants' bodies by the authorities. Erasing nationalities and geographical distinctions, Nathalie Loubeyre and Joel Labat show that the harmonization of immigration policies at the European level and their impact on neighbouring countries have the same repressive effects everywhere. Their camera squeezes between border patrols, along walls and barbed wire and into "camps" and "jungles" where men, women and children survive, awaiting to cross dangerous landscapes.

The Flow Mechanics' DVD will include the documentary No comment as a bonus as well as an extract of Against the tide and short videos by Amnesty International explaining the current effects of migration policies. Flow Mechanics has already been screened at many festivals throughout Europe and North America. The film was selected by Kino Script among the best documentaries in 2015 and Positive Planet at the Positive Film Week 2016 in Cannes.

People who made the film

Trained at the National School of Cinema Prague (FAMU), Nathalie Loubeyre directs documentaries and fictions, all rooted in social reality. In 1990, the screenplay of the movie Monnaie de Singe receives the first prize for its scenario at the Lussas Marathon. In 2002, the short film La Coupure gets numerous awards including the Jean Vigo prize in 2003, and a selection for the Césars in 2004. For France Télévisions, Nathalie directs Solidarité Oblige on social workers, Egalité ou Parité on gender parity in France, Corps Etrangers about Gypsies in Prague. In 2009, her documentary No Comment, won the Grand Prix at the International Festival of Human Rights. Flow Mechanics is her latest feature documentary.

Joel Labat has been filming documentaries around the world for over twenty years : Le bestiaire des Bijojos en Guinée Bissau by Claude-Pierre Chavanon (RTBF), Le jardin des Quichuas by Sandrine Dumas (FR5) in 1997 in the Amazon, Les Amants de l'aventure by Michel Viotte in Africa and the United States in 1999 (ARTE), Chronique d'un printemps paysan by Herta Alvarez in France in 2001 (FR3). Since 2009, he filmed No Comment and Against the tide about migrants' rights in Calais and the Mediterranean. Flow Mechanics is his third feature film on the subject with Nathalie Loubeyre. Joel Labat also filmed some fictions, including Freedom of Movement by Jean-Marc Moutout, Madre Mia by Stephane Libiot as well as the short film La Coupure by Nathalie Loubeyre who received the Jean Vigo prize in 2003.

Gaspar Claus, a sinuous cross-country cellist who welcomes surprises, allows his unkempt technique to serve countless collaborations (with Jim O'Rourke, Sufjan Stevens, Rone or Angélique Ionatos).  From improvised music (alongside Keiji Haino or Serge Teyssot-Gay) to contemporary music (with Bryce Dessner), all the way through flamenco (Pedro Soler, his father, and Ines Bacan) and pop (Barbara Carlotti, Peter Von Poehl), he represents those unhindered musicians for whom music is above all the manifestation of one's presence to the world, the celebration of a certain conception of friendship, togetherness, and the violence of pleasure. Values which he hexalts within Vacarme, a trio he established with the violinists Carla Pallone and Christelle Lassort. He composed and played the music for Flow Mechanics.

After a long training in several production companies such as the Groupe de Recherche et d'Essais Cinématographiques (G.R.E.C) and Films Atalante, Eric Jarno worked for six years alongside Christian Zarifian and Jean Gaumy for Seine-Océan Films. He held every position of film production and contributed to the creation of the Studio movie theater in Le Havre. In 2007 he created the association Pays des Miroirs, and has since produced eleven creative documentaries including Avenue Rivadavia by Christine Seghezzi (official selection at the Festival Cinema du Réel in 2013) and Against the tide in 2012 about boat-people in the Mediterranean. In 2013, with Laurent Alary, he created the Tell Me Films production company. All his films are now co-produced by the two structures. From 1993 to 2010, Eric Jarno has also directed four short fiction movies.

Since 1996, Eric Jarno teaches writing and staging to students in Performing Arts at the University of Caen, in Normandy. In 2012 he created a Master's degree specifically dedicated to film and audiovisual production in the same university. Since 2015, he is the co-founder and treasurer of the Association of Cinematographic and Audiovisual Producers of Normandy with Gerald Leroux (Tarmak Films) and Samuel Moutel (Keren Production).

Support from NGOs and media

Flow Mechanics has already received support among migrant rights advocates and NGOs such as Amnesty International, La Cimade, Migreurop, Secours Populaire or Boats 4 People. It was also reviewed on serveral cinephile blogs and websites such as Une Page Blanche, Le Blog Documentaire or ON Mag.

Flow Mechanics is the result of numerous and intensive efforts from its crew and director, and was also supported by the following instutions and organizations : Angoa-Agicoa, Région Île-de-France, CNC, Région Basse-Normandie,Procirep. The film would have never been without the support and trust from all migrants that were met during its making along the roads of Europe, the Balkans and the Mediterranean.

The post production of the movie is now over and we need your support so that the film can be pressed in DVD format and also to achieve a wide diffusion in theaters. These two activities still need 1 000 euros each in order to be done with minimum resources. Concerning the making of the DVD, the money will be directly used for the burning, cover, box and shipping fees. The more money will be raised and the more DVDs will be made and sent to our supporters and all kinds of stores thoughout France and Europe. Another 1 000 euros will be used to fund communication fees and also transportation of the film maker to the screenings at theaters that will show it. Finally 160 euros will cover the fees of KissKiss BankBank.

If you are a theater or a local instution or organization, you can also support us by scheduling a screening. Local activist groups and NGOs are also encouraged to contact us if you wish to team up in order to host a screening in your local theater and schedule a debate after the film.

Thank you so much ! We'll send you a Flow Mechanics poster !

A DVD of Against the tide, a film by Nathalie Loubeyre about the struggle for the rights of boat-people in the Mediterranean.

Three documentaries about migration by Nathalie Loubeyre : a double DVD of the documentaries Flow Mechanics and No comment + A DVD of Against the Tide.

SCREENING PACK : a double DVD of the documentaries Flow Mechanics and No comment + screening rights for a 40 people screening (non-commercial).

SCREENING PACK + DVDs : a double DVD of the documentaries Flow Mechanics and No comment + screening rights for a 40 people screening (non-commercial) + A DVD of Against the Tide + 2 small posters of Flow Mechanics. You will also be sent the documentaries Enfants Valises by Xavier de Lauzanne about school and migration and Acteurs de Cristal by Yannick Butel about the "small secrets" of acting.

SCREENING PACK 2 : a double DVD of the documentaries Flow Mechanics and No comment + screening rights for a school or public instution (non-commercial). + 2 small posters of Flow Mechanics.

SUPER SCREENING PACK + DVD : a double DVD of the documentaries Flow Mechanics and No comment + screening rights for a screening in presence of Nathalie Loubeyre + a HUGE poster of Flow Mechanics.