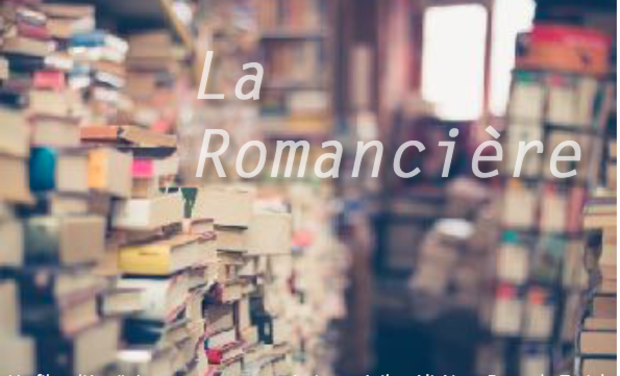 - Hello and welcome to all!

I am Anaïs, a student at the École de la Cité, the school of Luc Besson. As part of my end-of-year project, I am currently preparing to shoot a short film entitled La romancière. La Romancière is a short short comedy, 5 minutes maximum. The shooting is scheduled for mid-March and will be screened at the end of June in front of professionals, and in particular Mr. Patrice Leconte, our sponsor.   - Synospis:   A novelist without inspiration, is on the verge of professional forgetfulness. His editor gives him a last chance to publish his work, but he must bring something exceptional. On D-Day, Valerie is on the way to the publishing house, but still no history to offer its publisher.   She will find inspiration in causing more incredible situations than others and sowing along her way the chaos.

We are all three part of the promo Patrice Leconte of L'École de la Cité, we decided to work three on this project which will allow us to validate our year.

- The collection will be used to produce the film:   1. Transport: 150 euros    Our shooting takes place in the Paris region, transporting the various locations and the journey of Bernadette (the main actress) who comes from Lille.   2. Accommodation and food during shooting: 350 euros   We are a great team, about 25 people, to feed   Lunch and snack during the day for several days.   3. Equipment rental image and sound: 350 euros      Our shooting requires different materials: a camera, a stabilizer, several microphones, a sound recorder and accessories.     4. Rental of locations, costumes and accessories: 254 euros We need to use several apartment decorations found through airbnb and that for several days.     5. KissKissBankBank Commission: 96 euros (Draw 8% of the total amount) If we exceed the budget, with your support, we will be able to reimburse expenses that are not part of the budget and face unforeseen events.     Your contribution, so important, will allow the short film La Romancière to see the day and to be shot in the best conditions.   Thank you for taking the time to discover our project!

A link to see the movie before everyone + Your name in the credits of the film.

Give the name you want to one of the characters + your name in the credits.