"The Jump" is my second short fiction film (15 minutes) : it is full of envy and ambition, so help me to make it ! 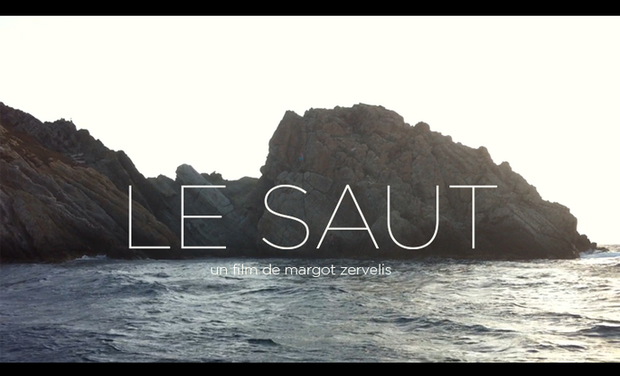 When Jules leaves town, it is only to join his family on the island of Port-Cros (south of France) and celebrate the 75th birthday of his grandmother, Mina. It is also an opportunity for him to escape from the continent, and to take a step back from a recent breakup. This isolation disturbs him until he meets with Lea, an old friend of him he has not seen for years. Lea seems to be there to make him think about something else, to teach him to discover this place again, this island. Thanks to her, he finds back some of the confidence he had lost. The night of Mina's birthday, Jules learns the presence of a ghost on the island, well known to all the inhabitants. First disturbed by this local rumour, he quickly enjoys watching the ghost, playing with his fears, before realizing that everyone can meet his own ghost and that Lea, the former girlfriend of the island, is probably his.

Initially untitled “The Golden Island”, my project comes from a place: the Port-Cros Island, located in the Var. On this island, inhabitants tell a ghost story, the story of Henry, who came on the night after his death to say goodbye. An apparently common story, like all ghost stories. But on the island, this story took to a poetic twist, beyond the realm of fantasy and anxiety. Then, my project evolved, my intention became more specified: discovering our own ghost, who belongs to our personal history. My project allows the hope of seeing someone lost again to exist. Passing some time with the ghost of Lea, Jules experienced bereavement, which progressed with time and space. The Jump tells awareness, momentum, courage. It tells the acceptance of a mourning place, time or people. Because no matter what is the form through which our ghost appears to us, The Jump conveys a certain sweetness, too often neglected, that continue to interact with our losses. The Jump tells primarily the story of a mourning: Jules’s who, despite himself, renews ties with Lea, the little girl from the island he knew as a child. The climate of the island, its topography, its people and its disconnection with the continent will allow Jules to realize what he had never previously accepted: sharing unique moments with the one whose disappearance he had never admitted.

The presence of nature is an essential part of this short film. The island of Port-Cros contains a special aura, an atmosphere of its own. Jules and Lea develop their relationship in a pristine atmosphere of civilization. This setting will help to highlight their most primitive reactions and behaviours. Physical exchanges, almost wild and completely devoid of urban conventions will be the strongest point of their meetings. I also want to bring the actors to a spontaneous and natural universe. For some sequences, I will focus on engaging real inhabitants of the island, who have no training in acting. The veracity of their diction, their physical appearance and their accents will punctuate the “fiction” with their very own reality.

The photography will be simple, authentic, fresh, in order to remain consistent with the natural and wild world of film. The fluid and harmonious movements and scales frame camera will physically embody the space in which the characters evolve. We will be still close to the characters, to their reactions, their looks. That is why the alternation of wide shots of characters moving in nature and close ups shots will be a part of the film’s ambiance. Playing with natural light will also participate in film aesthetics and contribute to its puzzling appearance.

The shift sequences (voice not fixed on the lips of Leah , no sound live at the break Jules...) are an essential part of the film. They provide a first step to define the character of Lea as in distortion with the real world while giving her a poetic aspect. The dive sequence in slow motion reflects the shift that happens in the character of Jules at that time. Using mise en scene to convey these ideas matches with the rest of the film almost dialogless, and leaves more space for live action, images and physical expression of the characters.

Transportation for a part of the shooting team

Scouting of the island

Accommodation for the entire team during for the shooting

Meals for all the crew during the shooting (5 days)

Some of the image and sound equipment

Editing and mixing the film

Editing DVD copies, and other promotional material of the film

Covering costs of sending the film to festivals