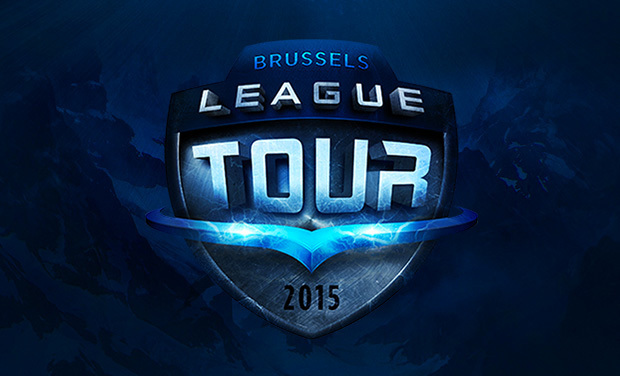 League of Legends is the most played video game in the world, with more than 67 million players each month. And even though professional matches are already fiercely spectacular, the audience still wants more.

So we've created an event that offers the full experience: League Tour.

League Tour was created around every player’s needs: Entertainment, Creation and Competition. Since the beginning, the LoL community has been our main focus, helping us shape and create the perfect convention. This is why we’re calling you to co-finance this project with us and take part in the adventure from the start.

League Tour will take place on the 24th and 25th of October at Tour & Taxis, one of Belgium’s biggest venues, with 10000 m² specially set up and furnished in the theme of Runeterra, right here in Brussels. Entirely based on League of Legends, this convention is made up of various zones, each one unique, with its own theme and activities:

Players will duel each other with a goal of having a maximum of victories. The prizes will be determined by the number of consecutive victories of the players.

A world of fun composed of   League of Legends-fied versions of your favorite board, arcade and flash games. Visitors will discover a new version of Connect Four, Pacman, Space Invaders and many others, allowing them to revisit those sweet gaming memories while learning more about the universe of League of Legends.

The area will be dedicated to experiments of all kinds within the game; various coaching sessions designed for beginners as well as veterans; and Streaming, the pillar of e-sports, with the presence of many well-known guests.

Here we'll be honoring craftsmanship and creativity. Cosplay, Painting, Drawing, origami, dancing … Visitors can come develop their creative side around the universe of League of Legends. Among the creations we receive, through contests before the event, the best will be selected and exposed in our gallery at the Convention. A jury will decide who takes home the fabulous prizes in each category.

Visitors can relive the history of League of Legends in this interactive museum, and at the end, test their knowledge with our ultimate Quiz for a chance to win all kinds of awesome rewards.

Being the main area of the event, and entirely dedicated to League of Legends Esports, highlighting the competitive aspect of the game and its elite players. Here is where the final stages of the League Tour Championship, a huge 5v5 tournament, with a prize pool of 15000 euros, and various conferences will take place.

League Tour will host its very own Semi-pro championship, open for all to join, where 128 teams will compete for a 15000€ prize pool. Group stages will be held online, the Quarter finals in Benelux’s biggest gaming center: Botkamp, Semi Finals and Finals will be held on our E-stage at the convention. The Tournament will be broadcasted through live streaming with casters for each match.

It is the main attraction of the convention gathering players around the passion for high level competition.

Our priority at League Tour is to create an event where the player isn’t just a spectator, but an actor, interacting and contributing. To achieve this, we’re in constant contact with the community to learn more about their wishes and needs. And thanks to this contact, many concepts, such as areas dedicated to creation or 1v1 duels, saw the light of day. The community will also have a say in which big names from the LoL scene are invited.

This Crowdfunding will naturally be a tool to help us make the public the main actor and create a quality event. By contributing to our project, you’ll be supporting the development of unique gaming events based on aspects other than high level competitions. And in return, we offer tickets, meeting with VIPs and even the possibility of taking part directly in the development and decision making of the event for the most generous.

The Funds will be used to elaborate and improve League Tour in order to keep the community as the center focus and make the event an excellent experience. The details of how your investments will be used depend on the total amount collected and are explained below:

First Objective: This first goal of 20 000 euros will allow us to offer a larger cash prize for the League Tour Championship, the main tournament of the event, as well as bring more special guests you can meet over the weekend. Reaching this sum will also allow us to offer bigger rewards and cover you in goodies!

What happens if the target isn’t reached?

League Tour is not just a vague concept, it’s a concrete project with multiple sources of revenue. However, this crowdfunding campaign is essential for improving the quality of the event. Bigger the collection is, bigger our event’s visibility will be.  As well as better comfort for the visitors by getting better material. To keep up with all our latest updates, join us on our Facebook page and Website!