Want to take part in raising awareness about human rights in Israel and Palestine? Help us send 28 Europeans in the field! 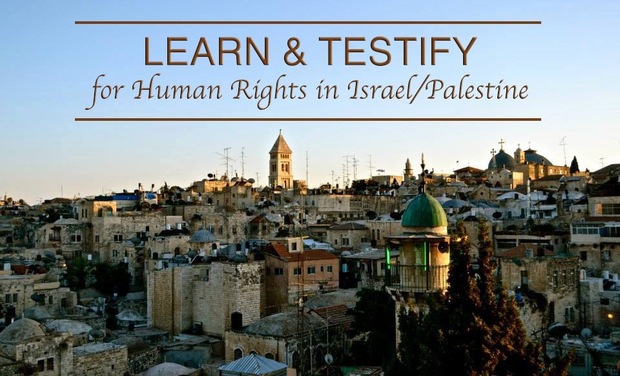 FFIPP - Europe (Educational Network for Human Rights in Palestine and Israel) is an academic network that links international students, researchers and professors who are interested in understanding better the situation in Israel and the Palestinian Territories. The FFIPP network was created in Europe in 2006 and has local chapters in France, the Netherlands, Switzerland and the United Kingdom.

FFIPPies of the 2015 edition in the Jordan Valley.

Every year, FFIPP-Europe sends 25-30 European students to Israel and Palestine to live a unique and enriching experience!.

During the orientation week, we set up meetings with Israeli and Palestinian people, visits to political and historical sites, and conferences with local experts, allowing the participants to explore the complexities of the political situation. The students and their four coordinators (who are members of FFIPP-Europe) will travel across Israel and the West Bank and  visit Jerusalem, Tel Aviv, Haifa, Nazareth, Nablus, Ramallah, Bethlehem, Hebron and Jenin.

This year's edition will take place between 10 July and 14 August.

FFIPP is a non partial organisation, strongly committed to human rights and  the principles of international law. The main goal of the Educational Summer Program is to offer the participants a chance to listen and learn about the situation on the ground. Local NGOs, journalists, politicians, and refugees, as well as Palestinian and Israeli students, will give the participants a comprehensive set of tools to better grasp the complexities of the conflict. In return, FFIPP students will raise awareness about what they have seen and heard. Upon their return to Europe, they will organize lectures conferences, and exhibitions at their universities.

FFIPP-Europe has a formal board consisting of five former FFIPP participants. Although each member of the board has a specific role, we primarily function on a horizontal basis. Everyone can make suggestions, and tasks are equally distributed among all FFIPP-Europe members!

Jeremie is in the third year of his Bachelor degree at Sciences Po Grenoble. He has organized activities related to the Israeli-Palestinian conflict in Grenoble to raise awareness among students and researchers. With his humour and naturally positive spirit, he has the capacity to bring together members and to motivate them.

Chloé, who also studies at Sciences Po in Grenoble, was deeply impressed by her experience during the last summer program. She is driven to change the situation in the Israël and the Palestinian territories towards greater respect for human rights. Her sensitivity to diversity and her down-to-earth values are embedded in the FFIPP-approach.

Titien is a half-Italian, half-Swiss Master student at Sciences Po in Paris. He fluently speaks three languages. His multicultural experiences and his philosophical approach about the orientations and politics of the organisation are essential to FFIPP.

Isaure is the optimist of the crew. She warmly welcomes all her fellow FFIPP member. She is devoted to the FFIPP-cause, and brings a fresh breeze of hope to our vision. Studying law in the Sorbonne in Paris, she feeds our projects with a strong legal base.

FFIPP - Europe has always considered it important to offer students the opportunity to participate in this program for free. Anyone can financially contribute in order to help us organize and manage the program by covering part of the expenses.

Each participant pays for his or her own flight ticket. Once in Israel/Palestine, FFIPP covers the costs of food and transportation (driver and bus renting) during the orientation week, as well as all conferences and tours and accommodation for the duration of the program.

If the amount received exceeds the goal of 4000 euros,  it will be used to offer the students educational weekends during the internship month. For example, last year, students attended conferences, a cultural festival in Bethlehem, and a trip to the Neguev desert.

We warmly thank you in advance!  With your contribution, students will be able to go and observe the reality in Israel and Palestine. Upon their return to Europe, they will be able to share their experience in their own country, testify, and commit themselves to a fair and sustainable peace in the Middle East!

Our most sincere gratitude!

Receive a personal postcard from Israel/Palestine!

You will receive a paper-version of our blog with pictures and summaries of our experiences!

We will bring back a souvenir from a city of your choice : a keffief hand-made from Hebron or a scarf from Jerusalem!

We will send you a nice poster from Israel/Palestine!

We are lucky to have a couple of talented photographers in our team: you will be able to choose your favorite picture, and we will frame it and send it over!