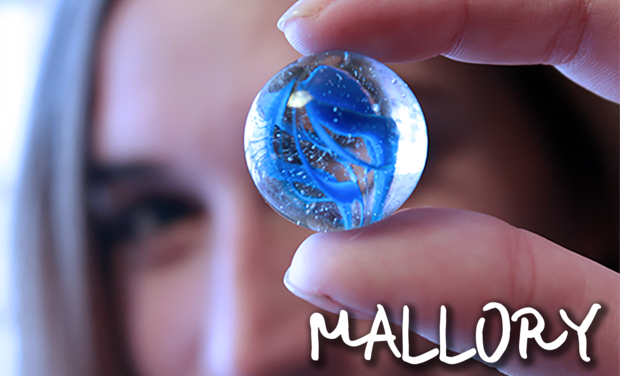 Dear sweet contributors… If we ask your help today, it is because we really need you if we want to achieve this great project that is a short movie ! If we had nothing, it would certainly turn out to be disappointing. Because of you, it will be awesome ! Why ? You have 5 minutes ? C’mon, 3 at most. Details are just below.

Slideshow ? It’s pretty simple : A sequence of photos, with a soundtrack. Only 3 scenes of the movie will be actually filmed with movement.

Genre : Drama (but with fun moments that is)

Filming locations : Paris (everywhere except catacombs and sewers if possible)

Edward simply talks about Mallory. But Mallory is far from being a simple girl. She wasn’t as a kid, and today, still…

WHO WHANTS TO DO IT?

Marie Gelly is from Besançon, and she made her first short movie at 17yo. Ok, actually, it was at 8yo for a playmobil movie with her cousin, but we’ll keep that for us, right ?

She is graduated from the cinema school ESRA Côte d’Azur. She has in total 3 short movies at her name, a few shorts competitions, a corporate film and a web series.

After making that web series for almost 2 years, Marie had the feeling it was time to go back to short movies. The question that is raised in that story is : « Knowing somebody : what does it mean ? »

Who’s the person that knows you better ? How does this person talks about you ? What are the informations that we judge pertinent to describe someone ? What are those that seem meaningless but are however essentials ? Do we reallly know everything about those we love ?

The relationship between Edward and Mallory is special, and through Edward’s eyes, anyone can think it through his way…

Mallory is’nt a typical girl. She just does’nt fit in. We know about her only what Edward wants to reveal. Which means only the small things. Does she have brothers, sisters ? What studies did she make ? Has she any other friends ? We won’t now about  that. We will only know about her little foibles, her day-to-day life.

Of the few things we can learn : She does’nt like to « masquerade as a girl », she loves Bollywood movies, she’s a killer at pogs and above all…she never talks about important things. As soon as she has a strong emotion, her nose bleeds. And sometimes, she walks away. We never know where she goes. But she always comes back.

HAVE A LOOK ON THE SCRIPT...

AND NOW LADIES AND GENTLEMEN...THE CREW !

Marie Gelly comes from Besançon, in the East of France. She has been making movies since she was 17 and has a degree from the Cinema School « ESRA » Côte d’Azur.

She's directed 4 short films, some of which were nominated in various festivals, as well as a few film competitions (including “The 48-hour Film Project”).

In September 2013, she launched her own web series: CABFC, The « Committee Against Boring French Cinema ». As it says, it’s all about a certain struggle against auteur cinema, which at the present time, doesn’t correspond anymore to what young people expect. Of course, it’s full of a kind of third-degree humor. The series is now over, but you can find all the episodes on Youtube.

Waiting for a production company fund, she decided to go for a crowdfunding solution. Until now she's managed quite well, but as Elias de Kellewi’ch says to Merlin :  « This is no place for amateurs. »

After a scientific baccalaureate and a year in London, I have studied in two different cinema schools: One year of preparatory course in the Flec, Federation of Cinematographic Expression, which allowed me to accelerate directly into the third year of the Assistant Director program in the CLCF, the Private Conservatory of French Cinema. Now that I've graduated as an assistant director, I have had the opportunities to practice this on several short films, as well as on one full-length film for the acting school Cours Florent. I like both directing and managing a set as an assistant director. Finally, I’m a freelance journalist and author for the website Profession Spectacle, and I’m creating the interviews for that same website. Don't worry, I won't bring the wolfdog on set…

Brice studied at the « Superior Institute for Image and Sound » and then participated in a number of projects, as a cameraman as well as a cinematographer.

Sound engineer since 2005, when I graduated with an audiovisual BTS. I first worked for some well-known French TV channels, including Canal+, TF1, M6, and France 24, doing sound mixing both live and in post-production. Shortly after that I also worked on short films and advertisements. I've been credited in 3 full-length films (La preuve and Celle qui vivra by Amor Hakkar and Jours de France by Jérome Reybaud), a number of shorts (Bubble Blues by Patrick Volve, Zygomatiques by Stephen Cafiero, Narvalo by Christophe Switzer…), and a few web series (Golden Moustache, Maman by Lionel Astier…).

My work consists of understanding the project of a director, offering him or her coherent artistic choices and finding the technical solutions to make them happen. I'm extremely motivated by my job and constantly searching for new projects, trying to enrich my experience. I’m thrilled to be part of the Mallory project.

Corinne (we call her Coco) is our superwoman and our sunshine! Everybony should have his own Coco on the set, it should be compulsory.

I've been passionate about cinema for a long time, but I've always preferred shadow to light, and I like long conversations with my computer. Naturally, I went for the post-production jobs!

I'm a technician and video editor for different companies and have collaborated with Marie Gelly in her past projects. You can find my work here: https://youtu.be/D87i-wzCx88.

After 2 years of professional training at the Acting International school, Margaux went straight in front of the camera and participated in a number of projects: short films, video clips, advertisements, web series, full-length features, and is working as well for television dramas.

In the past year, she created a show in a junior high school where she organizes a theater workshop. This creation kind of reminded her of her taste for writing, and she just finished a comic play that she intends to put on stage very soon.

Jean-François started his career in Europe where he studied with Jacques Waltzer and Vernice Klier among other international coaches. He attended the prestigious Cours Florent in Paris where he studied drama in both English and French, and got his first paid gig in 2010 in voice acting while also making short films.

In 2012, he decided to go deeper into musical theatre and went to New York to audition at the New York Film Academy and the American Musical and Dramatic Academy. Though he got accepted in both schools, Jean-François decided to go back to Paris to complete the performing Arts Program offered by the 9th district conservatory.

Shortly after returning from the states, Jean-François was contacted by a producer who offered him an actor role on the US feature “Shadow people”, starring Robert Dallas (The walkind dead) and directed by Matthew Arnold.

In 2014, he was cast as a hipster in “Puerto Ricans in Paris”, starring Luiz Guzman (How to make it in America, Journey 2 : the mysterious Island) and French actress Alice Taglioni. (Paris-Manhattan)

After completing this latest role, Jean-François moved to Vancouver BC where he studied with Loretta Walsh and Andrew Mcllroy, and where he is now pursuing his acting career.

And some guest stars...

Here is an exctract from the storyboard, designed by Kevin Ledron.

Here is a teaser from the original soundtrack, written and composed by Raphaël Gelpi.

Thanks to you, we will be able to carry out the shooting. That means : being able to rent professional equipment, to vary the different costumes and accessories, great make-up, decent food instead of rotten sandwiches, defrayal of the team and specially those who are coming from far away… We will be able to send the movie in festivals, create nice posters… And then, we can invite you all to a great preview in a decent hall instead of being only the team in a small apartment !

FYI, these are the most important things we will spend your money into :

-A studio dedicated to after effects

And then we could eventually reward those who’s hard work made it possible : comedians, technicians and the people who helped in general. Being passionate IS rewarding, but that does not make everything infortunately…

Rest assured, we will find something smart to do with your contributions, there is no doubt on that !

Once the movie is made, it will be send to numerous short-movies festivals and previews, in France and hopefully around the world. We will do our best to give it a nice life.

We really really hope that you will find this project cool, and, as we do, you will think that it can make something really nice. Will you join this adventure ? Become our next amazing contributor !

A big thanks and some news of the production

Everything from the previous section + A great card from the entire crew!

Only for 10 early birds!!! Everything from the previous section + 5 printed pictures from the film

Everything from the previous section + A link to see the film online, and a personalized picture from the entire crew especially for you

Everything from the previous section + A script signed by the entire crew, and 10 printed pictures from the movie

Everything from the previous section + A prop from the film, and you will be our guest at the big premiere

Everything from the previous section + you will be our special guest for one day on the set in Paris (travel excluded) We will send you all the original pics from the film, and we will film a special video for you from the set

Everything from the previous section + We will create a dedicated slideshow, to surprise someone you like (or love ;) The same way that Edward speaks about Mallory...

Everything from the previous section + you will be credited as a co-producer, ans you will be our special guest at the restaurant with all the crew! (Paris area)