A sci-fi dungeon crawler with a roguelike aspect, full of monsters, blood and explosion, on android and ios 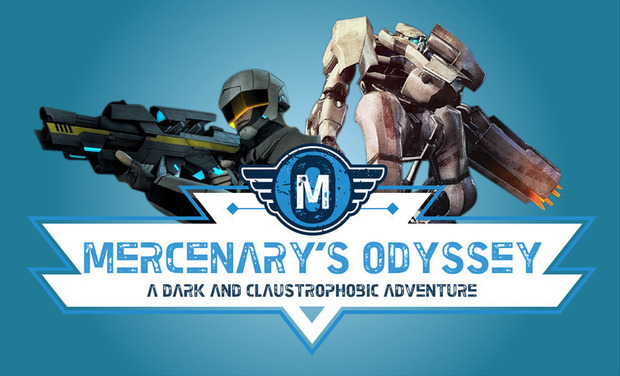 Did you ever deamt about playing a diablo like game with a plasma gun in the left hand and an energy axe in the right one? Be a space mercenary send in mission through universe and cleanse ships among the galaxy?

In a Topdown view, you move your character, man of woman and get an unlimited amount and genre of weapons. The only rule is : take it on the monsters !

80 experience levels, missions and tunnels randomly assembled, horde of monsters uggly and sharp to kill using the most powerfull weapons. For this, you can use one of the 3 classes with their very own skilltree :

- Play as a Privateer, using hand weapon or precision rifle, use special attacks. When a monster is locked, that mean a dead monster. You can easily kill one target with a single shot and your main duty is to make an enormous damage amount in a single shot. When a monster laugh at you fleeing, it then realize your where taking distance to target it with more accuracy... that's not good...

- How to say Demolisher is here to break things ? Massive explosions, destructions, rpg, grenades, missiles and flame thrower is enough ? Or pipe bomb could help ? The worst idea monster could have is to attack all together, that would lead to a great bbq !

- Ever seen a plated tank running to destroy everything on its way ? Well, put legs beneath and you got the mercenary.  Energy Axes, saw, augmented fist. The best thing this flea can have in the life is to engage his ennemi at contact... to make big holes in them.

Among this classes comes some common perks to improve some support aspects (damages, heals...). Accompagnied by a space opera music, you have to explore space ships and kill monsters to get loot, gold and fame !

Here you start, in your personnal ship which wich you travel in the galaxy to go to your missions. It allows you to send probe in some space place to check is some hidden broken ships or a battlefleet trying to attack a system is there. If those are present, your probe allow you to teleport inside !

Once in your target hangar, you must then destroy its command center and find the leader. Killing every single monster who would try to stop you. There's a new sherif in town, and they must know it !

Of course, the game is a pure action game, no space simulation in it. But you can move your ship to dock in space station to get special missions or buy rare stuff.

In each ship, you'll encounter dynamicaly generated missions : free some slaves, get data from a abandonned computer, save the princess ! Ho wait, not the princess.

To get all those things to life, i dont start from scratch. Many months of works gave me an engine i made for my previous game :  DeProfundis who have been kind of a success on android (especially for a solo developer). Nearly 50 000 downloads, an article on the great french gaming website  JeuxVideo.com and really good press on droidGamers.com.

The player made great review, people really enjoyed the game and the engine. Updating and upgrading this engine would allow me to gain some very decent time on this project creation by adding it all the missing features !

The engine is actually able to manage classes, skills, monsters and dungeons/rooms even the chests and treasures. Now, everything to code is the gameplay, missions and player ship management as it is somewhat different from an RPG as we dont have an unique deep dungeon but many exploration missions with a goal.

Its not only a "futuristic skinning" of an engine, but really a total conversion to make this game unique.

As the previous game which continue its own way by updating its content, gameplay and props. People who will acquire this game will benefits its update and evolution. No pay to win, no DLC to spend money in, each time the game will evolve, the people who paid to get this evolutions in the game, the people who crowdfunded before and after the release will benefit of the full new content and update.

It was my way of coding in the past, it will be the same here : listen the players, get the good ideas and try to make the game better with them, for them.

After crowdfunding is the time of crowdupdating. A new concept to make the game better with its player basis.

Thanks for your consideration.

- 500 € to buy some great ambiance musics and sound for a perfect imersive feeling.

- 500 € For the secondary models, visuals, GUI, computer screens and fonts

- 750 € for the corridors, rooms, props and give the great feeling of a space ship

- 1 250 € for the monsters and player models, aliens, foes and everything you'll have to kill in.

- 1 500€ to get the Unity IOS Pro licence (i already have Standalone and Android pro licences).

- 1 000€ To get the mac to compile and publish the game (i already have iphone and ipad to test with,and all the pc and android devices also).

This cost is based on my other games experience, on what i would like to put in the game and what i was unable in the previous ones because short on fund !

If we put on a side the fact that more money mean more models, graphics, musics, sounds and such. More money could allow me to add some important multiplayer component in the game !

7 500 euros would allow to create daily mission, something like the infinity blade clashmob (tm) style so player can ally alltogether worldwide to kill monster or do simple missions to get exclusive prices !

10 000 euros, allow to work and deliver a cooperative multiplayer game. To kill monsters with your best friends !

With more, we could start thinking of deathmatch, windows phone or blackberry release, pc version even as the engine allow it ! But all  this, starting from the very first coin to all those features, can only be made with your participation.