Let's celebrate together the Mystery Men 21st anniversary, with a new release made by fans for the fans for the cult movie ! 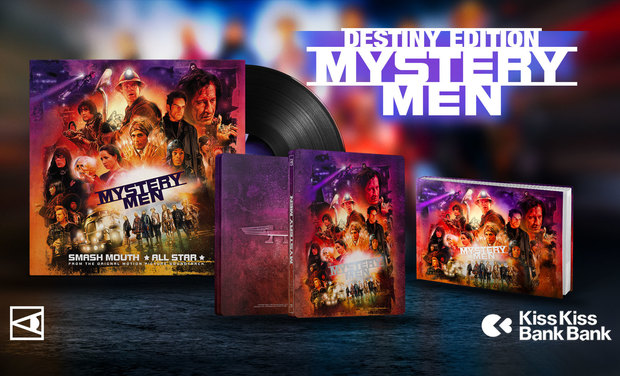 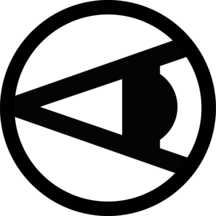 In 1999, the world discovered a new bunch of super-heroes, the Mystery Men. But the world wasn’t ready ! Hilarious, irreverent, creative, with its unique visual style, supported by a brillant cast, but far too ahead for its time, the movie crashed at the box-office. But for some of us, Mystery Men has become a cult movie over the years. For its 21th anniversary, we are happy to present you its first real collector edition, made by the fans, for the fans : a blu-ray/DVD steelbook combo with a beautiful original artwork by talented artist Paul Shipper, an exclusive artbook, an exclusive Maxi Single with the orginal song from the movie, and lots of pledges worthy of the most crazy team of super-heroes that ever existed.  Check your Destiny Edition, and the more we will be, the more unforgettable it will be !

Forget the Avengers, the Justice League and every extended cinematic universe. In 1998, Hollywood couln’t care less for super-heroes. Marvel Comics is on the edge of bankruptcy, the production of Superman Lives by Tim Burton has just been cancelled, Batman & Robin flopped and Spawn is a wreck. Yet, a crazy project has been greenlighted by Universal Pictures : bring to the big screen the adventures of the Mystery Men, a team of less-than-average superheroes that appears in the surrealist underground comics Flaming Carrot by Bob Burden. Several directors are approached. Danny DeVito could be the director, he also thinks about playing the Shoveler. Ben Stiller prefers to focus on its Mr Furious Character. Utimately, Kinka Usher, talented advertising director, gets the job. He will guide this team as irresponsible as they are powerless.

If you don’t know the film, here’s the plot : Mr Furious, Blue Raja and the Shoveler are wanabee super-heroes, with very few powers. One has a suprahuman strenght only when he is very angry, the other throws at forks and spoons, and the third shovels well, very well. They are in the shadow of powerful and pretentious Captain Amazing, protector of Champion City. When Amazing gets captured by supervillain Casanova Frankenstein, Mystery Men's has come. They must recruit, gear up, follow the training of the terribly mysterious Sphinx, and then face Frankenstein and his Disco Boys.

The cast is astonishing. Ben Stiller, who has renewed humor on TV with his show on MTV, had his movie career put on orbit with There's something about Mary. William H. Macy, Hank Azaria, Paul Reubens, unforgettable as Pee-Wee Herman, Claire Forlano, Jeaneane Garofalo (accomplice of Stiller in his show), Wes Studi, « Academy Award Winner » Geoffrey Rush as the final boss. Not to mention the participations of Tom Waits, Lena Olin, Eddie Izzard, Artie Lange and many cameos. With a 68 million dollars budget, the project is the hottest in Hollywood ! The artistic direction is pushed to the max fot the sets, the costumes, the props, the vehicules and the weapons. The script has no limits, yet every character has his own personnality. This team of underdogs is not only funny, but also touching. The movie has a blind date with destiny, and it looks like she’s ordered the lobster !

The studio doesn’t know how to handle such an atypic movie, and a few weeks after its release in june 1999 in the U.S., the movie flops. It bings in 33,5 millions dollars worldwide. In France, only 14,000 people go to see it. For Universal, it will become a stand-in for cable TV. End of the story?

Hell no: because he who turns his back on such a good picture only pictures his own back. Thanks to the DVD and the re-runs, the excellency of the movie will be recognized by a handful of us, who still take so much pleasure to watch the adventures of these working class super-heroes, revealing new surprises each time. We are thus convinced that Mystery Men deserves to be (re)discovered and shared.

After celebrating last year another one of our favorite movies, Big Trouble in Little China, we decided that we would offer you the release we always dreamed for the 21th anniversay of Mystery Men, and that we would do it with you! First, we asked our friend Paul Shipper, the great artist that make the magic of painted posters live again, to create a new artwork for the brand new steelbook, including both the blu-ray and the DVD.

The blu-ray will feature the movie in English and French, with DTS HD Master 5.1 audio, the audio commentary from director Kinka Usher, deleted scenes and an exlusive presentation of the movie by Le Stagiaire des affiches.

We created an exclusive artbook for Mystery Men, with Paul’s creation on its front cover. An original hardcover book with rare and beautiful pre-prodution artworks, and many stills from the movie. And if you are many to support this Destiny Edition, we will add a section with vehicules and weapons blueprints, and even a section with movie characters' adhesive stickers !

We also managed to convince Universal Music (which is now a totally separate entity from Universal Pictures) to make an exclusive Maxi SP, striclty limited to 500 copies, with the movie song from the OST from the movie, All Star by Smash Mouth (that will become later even more famous when featuring in the Shrek movie).

As for the pledges, we lashed our every limb, like the octopus who plays the drums.

Here’s your chance to get totally necessary items : Mr Furious’ anti-stress ball - played by Ben Stiller, who only deploys his superhuman strength when he’s super angry - and the Spleen’s whoopie cushion, played by Paul Reubens, who has the power, with his gas, to get an elephant to sleep.

There’s more. We created just for you the Sphinx’s Fortune Cookies. Each cookie contains an extremely mysterious maxim of the character immortalized by Wes Studi (texts are both in French and in English). There are 5 cookies in each box, so you won’t know which one you’ll get, but you can be sure it will bring crucial inspirations to move in your life. Oh, and these cookies are delicious, handmaid in France, pure butter biscuits.

We also offer two t-shirts. The first one is a faithful replica of the promotional t- shirt from the movie’s original release. In organic cotton 175g/m2. The second one is simply the best non-lethal t-shirt ever made : the Herkimer T-shirt, in Organic cotton 175mg/m2

We didn’t stop there. You could order the exclusive portfolio with the movie’s artworks, Paulm Shipper’s poster and the blueprints of the Herkimer. The Mystery Men minifigs (2 blisters of 3 figures). The Bowler’s bowling bowl (played by Jeanane Garofalo) with her skull, actually usable at your bowling alley.

We will send you your steelbooks and your exclusive pledges from April 22nd (the shops release will start in may). For those living in Paris, we give you a rendez-vous on April 22th in Paris for an exclusive premiere at the Forum des Images, because Mystery Men will open the New edition of the Drôle de festival, in the magnificent theater of the Forum ! You could choose between coming receive your pledges at the Forum, or an international economic shipping.

We need you ! Champion City will not save itself, it’s our matter to us all. Our heroes show us the way, let’s join them without hesitation !

Because as the Sphinx would say :

To give life to the exclusive pledges of this true Mystery Men celebration, we need to reach at least 6,000 €.

If we pass this stretch goal and can go further together, we will improve the content for you :

Steelbook Combo blu-ray/DVD Artbook Sphinx Fortune Cookies : homemade Fortune Cookies, made in France, set of 5 with quotes from the Sphinx, in english and french Shipping worldwide.