New Orleans musicians are rebuilding the jazz after the flood of 2005. Between tradition and innovation, what is the future for jazz? 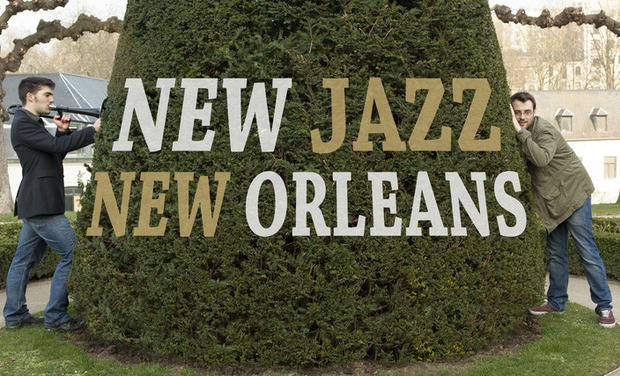 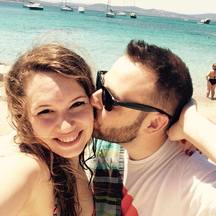 Who could think that a city below the sea level, stuck between swamps infested by alligators and a stormy shore, where so many cultures and faiths live side by side, where poverty strikes entire neighbourhoods, where segregation was the rule for many years, who would think that this city would become a music capital and give birth to the jazz?

We will do a radio report (in French and English versions) based on one thing : paradox, improbability. New Orleans made its own trademark out of it. And at every ordeal, the music makes the whole thing work again : every time the Second Line (the brass band) starts playing, everyone starts dancing on the beat: Afro-Americans, whites, Indians, poor and rich. And the same went again with storm Katrina and the floods that came along. Before 2005, some people were saying that the city was only an "open-air museum with economical problems". The floods devastated 80% of the city. Even the question of rebuilding was asked: What for? It is not economically working. Yet, thousands of inhabitants came back to rebuild.

And the first to come back were the musicians...

The legacy of History

A hundred years ago, jazz was born out of 3 radically different communities: black, creoles and whites. In a context of racial tensions, music appeared to make people come to an agreement. A major musical genre was born out of this population mix: the jazz. Jazz – and its derivatives – reigned on most of the 20th century.

However, this genre moved to other cities, leaving New Orleans behind with the tradition of the original jazz, the brass bands, the "Second Lines". Year after year, this tradition deeply anchored itself in the city. Sometimes to the point that some people called NOLA an "open-air museum". The "New Orleans Jazz" attracted a lot of tourists and fanatics who wanted to access this almost rigid past. Sometimes so rigid that innovation wasn't welcome anymore. From the 70's on, the gap grew wider between "traditionalists" and "modernists", communication becoming almost impossible. Less and less young people accessed the tradition. Year by year, the process itensified , sometimes endangering parts of the New Orleans jazz culture.

Musicians fought in ordrer to keep their traditions alive. They wanted to prevent them from turning into history. They realized that they could loose their culture. Lots of initiatives were launched to safeguard this heritage and the musicians who were playing it. Through live music, traditions can't keep rigid. They evolve. Some added a political color to their songs, some others embraced the ecumenism: mix innovation and tradition.

Facing this double observation, a question comes up :

What's the future off the jazz in New Orleans? Are the musicians creating a new "New Orleans Jazz" or putting back on its feet what made them previously famous ?

In this town that counts more festival days than weekend days, we want to follow different people active in this (re)building movement. With our mic, we want to get into the lives of the musicians, their intimacy, discover the way they see, play, create or teach music, understand their relation to tradition or innovation. We want to dive in the suave atmosphere of this musical renewal.

In order to do so, we also want to mix traditions and modernism: We will use a twitter and a facebook account to share our feelings, our encounters, our discoveries. But we will also bring a typing machine with us to transcribe our impressions off the cuff. Our documents will be rough, with fat characters and actual typing errors, as actual as our impressions as privileged witnesses. Every proof will be unique. They will be digitized and shared but you can claim as yours the original one, typed on a machine and signed by these extraordinary musicians who will surround us. We'll send it to you from New-Orleans!

In the counterparts, we offer a personalized reward for the most generous among you. We will have to talk about it, but it could be anything: a vinyl you want us to bring back from New Orleans? Do you want us to religiously dip the mouthpiece of your trombone in the Mississippi waters? You could even have the unique recording (by us) of a song dedicated to you, played by a musician from New Orleans. Anyway, something that can only happen over there, an old dream, a wish. Let's talk about it, we will definitely find something that suits you!

On a more general level, we aren't living in an ivory tower. All questions, suggestions and discussions are welcome. Our English is not perfect, but it is always a pleasure to speak Shakespeare's language. We will always answer with great pleasure.

Arthur Deligne - 22. I am not an expert in jazz but I am passionate about music: I love playing it, listening to it live or through a recording, dissecting it, analysing it. Most of all, I love feeling the crazy energy given by musicians, whatever the type of music they are playing. This report on New Orleans Jazz is driving me so much because we are here at the peak of the musician's abnegation, of their fight to keep their music alive.

Thomas Bouïssaguet- 25. I am an expert in curiosity. I came to the jazz for the fedoras, stayed for the sound of the trombone. I fell in love with its immediate energy, the fickleness of its essence and its need of transgression. Now more than ever, I'm puzzled by the city of New Orleans who is singing louder at every bad trick of fate.

Our project requires a certain budget. We plan to stay in New Orleans for at least 3 weeks (more if we can), in order to have enough time to seriously dig in and explore our subject.

Simply because, as  stated above, that's the price of the flight tickets. Basically, we are asking you to send us over there, in New Orleans. That’s the sine qua non condition for us to do this report. We plan to fund the rest of the costs by ourselves, which means by students jobs, before and after the trip. Don't forget that if we don't reach the 1.500€, we won't get any money. That's why we are counting on you, 5 euros can make a difference.

We will simply have more means to go deeper in our investigation. The subject of the after-Katrina era in New Orleans is really wide. More money would allow us to do a series of smaller reports, focused on other point of views but always speaking about the jazz in New Orleans, the musicians, their life. One of these reports could tell the stories of those musicians who faced the storm, the floods and for some of them, the exile.

If we gather more money, we will also have to spend less time in students job. Thus we will be able to devote more time to the radio report(s). PS : If you have any problem with a payment, do not hesitate and contact us, we will help you.

(7 $) Thank you so much, you are invited to the presentation of our work before our school’s jury (IHECS, Brussels, Belgium). You can wear your brightest "Saints" jerseys, you can bring the brass and set the whole ceremony on fire. We will dance. We promise.

(20$) We are going to take a camera with us in NOLA. The musicians, the rehearsals, the streets of New Orleans ... You have a privileged access to all the pictures on our album on Flickr. + previous counterparts

(34$) In the course of our report, we will accumulate hours of recording. But unfortunately, we will only be able to use a small part of it for the final cut. So we offer you a special access to those complete, uncut interviews so you can see (well, hear) what is happening "behind the curtain". + previous counterparts : presentation and access to the flickr account.

We send you a cd of the report. + previous counterparts

(137$) We send you by post the typewritten unique paper version of an experience report during our trip, signed by every musicians surrounding us in New Orleans (in French or English). + previous counterparts

(412$) Wow, if you are supporting 20% of the project, you deserve a special attention! We offer you an exclusive good, something custom made for you and your wishes: a unique music recording, a signed vinyl record from New Orleans, a piece of asphalt where second lines walked, etc. Everything is possible, let's talk about it. + previous counterparts

(687$) Hail To The King ! You are our first contributor. We offer you the very first listening of our report, at your place (in Belgium), in the best sound conditions. Turn off the lights, sit comfortably, put the on the headphones and take off to New Orleans! This meeting will give us the opportunity to answer any of your questions, to explain every possible detail to you. Compatible with any group, association, etc. + previous counterparts