Production of a pocket book with short stories and photos from Afghanistan. Come with us! Not tourism nor journalism, but we want to write about our impressions and be free to mix realities and fiction. 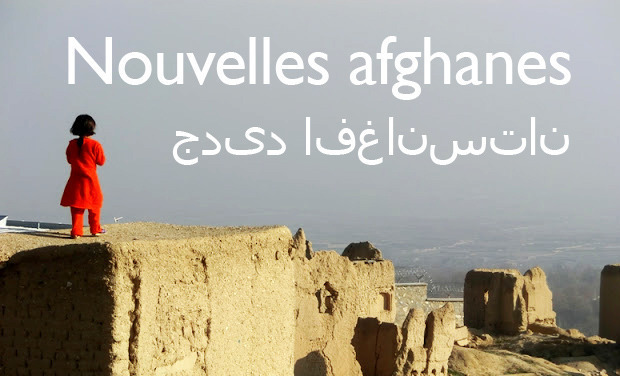 Production a pocket book with short stories and photos from Afghanistan.

We’re a Brazilian-French couple that will go to Afghanistan to meet natives and friends during one month travel. For the occidental eyes, still a “prohibited” country full of conflicts and remote, only shown on TV as a conflict zone, mainly since the Russian invasion in 1979. We forget people there still having breakfast and it has one of the most amazing landscapes. That’s why we want to travel there, to know this amazing country so different to us and at the end, to procude a pocket book with short stories and photos.

Since 2001, armies of many countries are in Afghanistan and they begun to leave the country this year. But is not the war that interest us, but the beautiful things beyond the war, and the women's point of view. They are not in the battle field, and not really placed in the society. We want to meet them and know their stories.

First the Afghan women, in Kabul and other provinces (except in the South due security matters): those who need to adapt to political changes almost each decade. Also, we want to meet foreigner women who went to Kabul to live and work. They discovered about a completely different society and culture, which they intend at the same time to understand and sometimes to fight against.

After all this exchanges, we want to produce this pocket book, written by many hands, inspired by what we’ll observe, listen and see. We don’t intend to do tourism nor journalism, but we want to write about our impressions and be free to mix realities and fiction.

Proverbe afghan : The work of one woman is worth more than a thousand men's speech.

To help us to discover the country,we’ll met there Alice Plane, Antoine’s sister. French girl that lives in Afghanistan since November 2011 and works as program manager in projects of aid and development. She is a writer and her first book was about Central Asia (A l'auberge de l'Orient - Seule sur les routes d'Asie Centrale, ed. Transborréal). Also Solène Chalvon, french girl that works at Ni putes ni soumises (not whores neither submissive) an NGO that concerned about women rights.

Claudia Vilela, Brazilian architect-urban designer, passionate about traditional culture (specially cooking), writes about her travels in claudiaviu.blogspot.fr (portuguese). She tries to develop with Brazilian friends different collective works based in solidarity economy, one about gastronomie deliriocoletivo.me and a women's soccer team of "social football", more about at beyond sports and facebook.com/BAixoBAhia.

Claudia in and itinerant restaurant.

Antoine Plane, loves to travel and write about it. His work as coordinator of international workshops permits him to gather different cultures.

He's also passionated about photography and likes to shot with his film camera, argentique. In 2007, he made his first photo exhibition in Rio de Janeiro.

We start in Kaboul, pass by Mazar, Herat, Ghazni  province. We'll walk through Panjshir Valley, and see the emerald mines, bombed by Russian Soviets, but paradoxically provided money to fight against them. This endless valley was  leads to North and East territories, where thousands of refugees have fled.

Also in Kabul we’ll met "Young women for change" a group of young women that opened a cyber coffee in a popular neighborhood, to permit internet access to women (not welcome in normal cyber coffee).

The pocket book we want to write is gather small stories and photos. Fist in two languages, Portugues and French, but if we collect more than expect, we imagine than maybe this pocket book can be in the future translated to English and Dari (a variation of Farsi language, spoken in Afghanistan). Maybe also develop a CD-Book for those who can’t read, since Afghanistan is one of the 10 highest illiteracy rates.

If you followed our history until here, is that you support us and will be a good backer to our project! Thank you!

We expect to collect fonds by kisskissbankbank to print the pocket book we want to write, about 50 pages with stories and photos about, mainly the Afghan women

Our work as writes and photographers is priceless!