"PASSAGE" is a photographic work to which I have dedicated myself immediately after the war in the Balkan. Help me to turn it into a book! 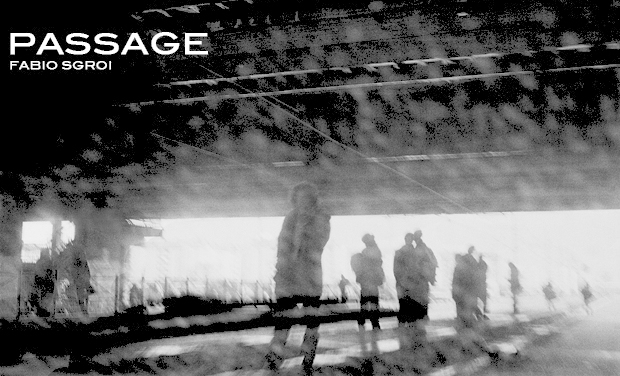 "PASSAGE"  is a photography project entirely on film ( the old Kodak Tri - X is unique , only in recent years also use the digital format ) , which lasted more than ten years after the wars that had developed in the Balkan region , by which time the press tires began to lose interest.

It 'a personal view on the voltage and the contradictory sensation of these regions.

Photography, and to testify or to remember, also has the power to reinterpret reality, I try to find a moment in my photographs not well defined that it is full of mystery, or that dream, but that has its own power.

I worked a lot on the choice of photos, on the contact sheets, the sequence and in the press, I did scans, post production, several tests and sequences.

I chose an italian editor, it ill be know at the end of crowfunding

The book is waiting to be printed, and this will be possible only with your help.

The idea cames to me in 2004  while I was in Istanbul to capture the influence of  Turkish  ‘Ottoman Empire in the Balkans, in 2001 I passed in Serbia different time . And continue in subsequent years in different cities and surroundings from Albania, Bosnia, Bucharest, Croatia, Hezegovina, Kosovo, Istanbul, Macedonia, Montenegro, Sofia, Serbia, Skopje, Thessaloniki.

I called the project "PASSAGE"

because I face my visit as a passage in the Balkans,

as the passage Turkish influenced all these lands ,

as the passage of the different geopolitical conflicts ,

as the passage for entering the EU , or hoping to take part.

Throughout many centuries, the Balkans have been a melting pot of different cultures, and often a focal point of poisonous hatred and devastating wars. Today, their identity is still rooted in a reminiscence of their difficult past

This project is about the continuous change experienced in the Balkans over the last years.

. It’s about the complexity of the human condition during the region’s transition toward democracy. It’s a personal view on the tension and the contradiction occurring here.

Today, their identity is still rooted in a reminiscence of their difficult past.

This a land of unsure boundaries, where opposites both attract and repel each other. The last decade has violently changed the physical and psychological dimension of these towns, evolving them into a nationalist drama and perhaps the conclusion of an irreversible sense of their own being. Nevertheless, there are vibrant feelings of hope and fear, stemming from the people’s conflicting sense of their cultural heritage.

I started my photographic career in 1986 in the study of Letizia Battaglia and Franco Zecchin working as a reporter for the newspaper "L'Ora".

A newspaper , an experience which formed me working for two years in a city where he was declared the slaughter between mafia gangs , then documenting the road . Many of my photographs and works on earth where I live , Palermo and Sicily , that document in all its different shades always within the landscape and its culture .

The realization of the project will serve for printing and distribution in Italy and abroad that will by the an italian publishing house.

Volume in Italian and English text

Edit from the editor and my supervision.