Support the world premiere at the Salle Cortot and the video recording of the Piano Sonata "Appassionata" ! 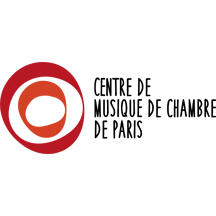 The Piano Sonata No. 2 « Appassionata » is a work by young composer Corentin Boissier. Thanks to your support, it will be premiered at the Salle Cortot by a professional pianist, during one of the Freshly Composed concerts organized by the Centre de Musique de Chambre de Paris.

Corentin Boissier, aged 21, passed his DEMs (Diplomas of Musical Studies) of Écriture and Orchestration, with high honors. He is currently studying for the Master d’Écriture (France’s most demanding musical exam) at the Conservatoire National Supérieur de Musique de Paris.

He also uploaded on the web an « Ideal "Discotheque" of more than 1, 600 orchestral works of feelings ». The American music critic Walter Simmons agreed to be the dedicatee.

But, first of all, Corentin Boissier uploaded on YouTube and on his website several of his own compositions, especially the Glamour Concerto, version for solo piano which has been premiered by French concert pianist Thierry Châtelain :

At the start of the XXIst century, Corentin Boissier, with his Piano Sonata No. 2 « Appassionata », wanted to capture the flamboyant spirit of early XXth century post-romanticism.

…But a professional pianist as well as a good audio quality and video recording are essential to allow the listener to closely live this experience to the fullest.

Kisskissbankers, it's your turn to play !

That’s why the Sonata « Appassionata », a-25-minute-long work, now requires the support of all the adventurers of the art world who are called the Kisskissbankers.

With your support it will be possible to pay a concert pianist.

For the video, a studio, a sound engineer and a videographer are also needed :

The studio with sound engineer : €300

Finally €100 to pay for the incidental expenses.

If your generosity allows the fundraising to exceed 1550 euros, the supplement will pay the work of the composer :-)

Provisional timetable for the implementation of the budget :

- World Premiere of the Piano Sonata "Appassionata" at the Salle Cortot, Paris.