The Arboretum Project in AMOUSSOUKOPE, Togo

Plant one tree for 5€ ! Ecological solidarity project, construction of an arboretum in the community of Amoussoukope in Togo 🌱 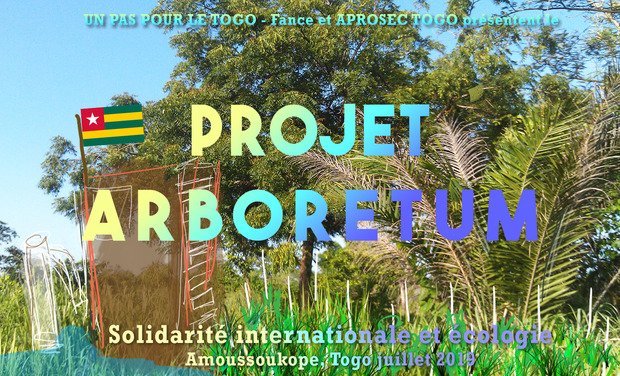 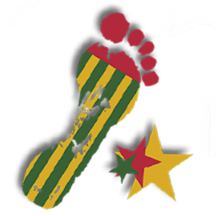 The Arboretum Project in AMOUSSOUKOPE, Togo

We are delighted to present the association's annual project: the construction of an arboretum in the plateau region of Togo. This botanical structure will gather and protect as many plants and species trees as possible that populate or used to populate the region:)

We are a few students from the University of Grenoble (France), every year our members carry out international solidarity projects ranging from access to drinking water, the installation of sanitary infrastructures to the renovation of schools and classrooms in rural areas. This year UPPT is seeking to extend its actions to the environment in order to allow scientific and educational reflection on initiatives to reforest Togolese biodiversity.

A social and ecological action 🌱

Ecological and human pressure (agriculture produces 40% of the national wealth, abusive exploitation of wood) have led to a significant decrease in the tree resources of the Togolese plateaus over the past 20 years. On our humble scale, Un Pas pour le Togo and its partner A.PRO.S.EC-TOGO, an association for social and economic progress in Togo, is setting up the Arboretum 2019 project. Our project is described in three main areas:

1. AN ECOLOGICAL PROJECT, through the construction of a biodiversity conservation structure. Many tree species are now threatened by resource exploitation and climate change.

2. A SOCIAL PROJECT because it sets up a solidarity circuit in a developing region where socio-environmental policies are still underdeveloped. The resources produced are managed in a communal and democratic manner.

3. AN EDUCATIONAL PROJECT, this action will allow students and researchers to come and discover and study tree species and conduct their research in the best possible conditions: varieties with medicinal properties, precious species and woods, etc.

In the longer term, the aim will be to protect and reforest the region's rare tree species.

Objective 1: Set up the project, plant the young tree shoots in July (threshold of 500 €)

Objective 2: Ensure the project over the medium term and build a well to supply the arboretum with water, energy self-sufficiency!  (threshold of 1000€)

Objective 3: This is the construction of a building that will eventually serve as a graining and storage facility for equipment, shoots, etc. This final step can allow the project to be part of the long-term and expand (threshold of 1700€)

The project is being carried out over several months in cooperation with the Togolese association APROSEC, our partner for 10 years now in Togo. This association is doing incredible field work and has proposed this very beautiful project to us. The inhabitants of the village of AMOUSSOUKOPE will be the main beneficiaries of this infrastructure. Thereafter it will be necessary to call upon professionals to install a well and build the grainery.

Africa is losing 4 million hectares of forests per year, twice the global average. While deforestation can increase arable land, the resulting productivity is not sustainable, due to the depletion of soils that lose their nutrients. According to UNEP, in about half of Africa's ecological regions, 50 per cent of land has been degraded, converted to cultivated or urbanized areas. Africa still has 2 million square kilometres of protected areas, but coastal areas still face problems related to mining and oil extraction,
uncontrolled fishing, poor mangrove management and coastal development. Forest trees are destroyed to build houses or produce charcoal, reducing the habitat of many species. [Africa-Renewal for the United Nations, April 2012]

During the month of July, three volunteers from the association will go on a 3-week stay in Togo to study the impact of the project and its final implementation.

If you are motivated or in the region during the month of July, don't hesitate to join the project! :) 💚💚

Our partner association has already developed the land and cleared the land. The funds will be used to continue and finalize the arboretum project, plant the shoots, set up the well and build the gravel mill. The volunteers of the association are unpaid, and buy their own plane tickets ;) 🔆

Thank you so much, you plant a three ! We'll send you a picture of your little baby for sure :)

Thank you for this help, we will send you a picture of the tree that you allowed to plant:)

Wow, you are not kidding about the environment, are we? A huge thank you for this donation. In addition to the previous counterparts we will send you a personalized postcard of the project. 💪

Let's say no more. Thanks to you, the project is taking a big step forward. A surprise will be waiting for you in your mailbox. And of course you have all the counterparts above 👍