Proto5533 is our year-long exhibition series - support art and freedom of expression in Turkey and the world. 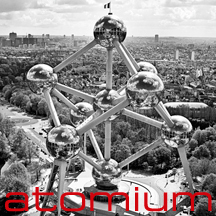 <p> <img alt="Payback_01-1443815595" src="https://d3v4jsc54141g1.cloudfront.net/uploads/project_image/image/237938/Payback_01-1443815595.jpg"><strong>Protocinema</strong> launches <strong>Proto5533</strong>, a new exhibition series at <strong>5533</strong>, during the 2015 - 2016 season. Proto5533 will be a year-long series of exhibitions by emerging artists and curators, accompanied by a mentoring system and public programs.</p> <p>  </p> <p> <strong>Proto5533</strong> selected curators consist of a new generation of curators in Istanbul, who come from a range of backgrounds and experiences as writers for publications; working in galleries, museums, and residency programs; and as independent curators. Each of the selected curators will propose and organize their own exhibition with artists, mostly from Turkey, and will be given feedback on their proposals and exhibitions from the Mentor Curators. This Proto5533 program provides an incubator space for emerging artists and curators to gain experience in making exhibitions. They willl earn by doing, with guidance from art professionals both locally and abroad. The selected curators will work with mentors to gain knowledge and insights into the curatorial process and to find their own voices. The emerging curators will exhibit work by emerging artists, thus supporting the artists by providing needed exhibition opportunities and a context for dialogue. By providing early-career artists and curators with the tools they need to grow, Protocinema and 5533 are ensuring that the next generation is equipped to contribute meaningfully to the conversation.</p> <p>  </p> <p> Selected Curators:<strong> Naz Cuguoğlu</strong>, Art Residency Coordinator, maumau; <strong>Kevser Güler, </strong>Freelance Curator; <strong>Mehmet Kahraman, </strong>Independent Curator and Writer: <strong>Ghaith Mofeed</strong>, Production Manager, Protocinema;<strong> Nicole O'Rourke, </strong>Associate, Rampa Gallery;<strong> Ilhan Ozan</strong>, Research and Programs, SALT, Istanbul.<strong>; Ulya Soley, </strong>Collection Supervisor, Pera Museum.</p> <p>  </p> <p> <strong>Mentor Curators:</strong> Celenk Bafra, Curator, Istanbul Modern, Istanbul; Anne Ellegood, Senior Curator, Hammer Museum, Los Angeles; Övül Durmusoğlu, Independent Curator Berlin/Istanbul; Anthony Huberman, Chief Curator, Wattis ICA, San Francisco; November Paynter, Associate Director of Research and Programs, SALT; Mari Spirito, Director, Protocinema, Istanbul/New York; François Quintin,Director Fondation d'entreprise Galeries Lafayette, Paris; Yasmil Raymond, Associate Curator, Museum of Modern Art, New York.</p> <p>  </p> <p> <img alt="Jacob-kassay-44-1444114286" src="https://d3v4jsc54141g1.cloudfront.net/uploads/project_image/image/238682/Jacob-Kassay-44-1444114286.jpeg"></p> <p>  </p> <p> <strong>5533</strong> was founded in 2007 by artists Nancy Atakan and Volkan Aslan, is an independent contemporary art space in Istanbul that presents exhibitions, research, and debates. Emphasizing dialogue it aims to foster contemporary art projects based on critical reflection. This off-space is located inside an old store in the Istanbul Trader's Association (IMÇ) han/shopping center. It aims to establish, within the Istanbul art context, a "contact zone" to bring together people from different disciplines, occupations, and backgrounds. Coming this fall Merkez Radyo, interviews with artists, music, and more.</p> <p>  </p> <p> <strong>Protocinema</strong> is a mission driven art organization realizing Site-Aware exhibitions around the world (based in Istanbul and New York).The organization is itinerant and free of 'brickand mortar'.Collaborations, interventions and exhibitions are presented in spaces specific to each artists' vision while being responsive to context. Protocinema creates opportunities for emerging and established artists from all regions, in cities where their work has yet to have been exhibited extensively. Protocinema seeks to open up dialogue and improve mutual understanding between individuals through art.Founded in 2011 by Mari Spirito ,Protocinema was named to embody motion and cognition, after a Werner Herzog observation of The Chauvet-Pont-d'Arc Cave paintings as almost "proto-cinema" in style of representation - capturing perception, articulation and a sense of movement. Announcing: Proto5533 Protocinema Series at 5533: One-year of exhibitions by emerging artists and curators with a mentor system and public programming. <a href="http://wwwprotocinema.org/" target="_blank">protocinema.org</a></p> <p>  </p> <p> <img alt="Latifa_echakhch-56-1444114313" src="https://d3v4jsc54141g1.cloudfront.net/uploads/project_image/image/238683/Latifa_Echakhch-56-1444114313.jpeg"></p> <p>  </p> <p> <strong>BIOGRAPHIES of Emerging Curators:</strong></p> <p>  </p> <p> <strong>Naz Cuguoğlu</strong> is a freelance art writer, cultural researcher and curator from Istanbul. She received her BA in Psychology and MA in Social Psychology. She writes art critics and conducts interviews for various magazines including Timeout English and Istanbul Art News. She is currently the coordinator of maumau art residency and co-founder of Creative Çukurcuma.</p> <p>  </p> <p> Curator and art critic <strong>Mehmet Kahraman,</strong> was the chief coordinator for the summer programme of Germany-based organization IPA (International Performance Association) which was held in Istanbul in 2013. He worked for Mixer. He curated several exhibition for Mixer andregularly contributes to various art magazines and newspapers in Turkey.</p> <p>  </p> <p> <strong>Ghaith Mofeed</strong> is a Syrian born, Istanbul based arts professional and conceptual artist. Fleeing Syria in 2012, after a short time in Cairo, Mofeed settled in Istanbul. He has worked for several Istanbul and International based arts organisations, such as, Protocinema, RLV Projects, Paradise Row and The Moving Image art fair, amongst others.</p> <p>  </p> <p> <strong>Kevser Guler</strong>’s practice includes conceiving researches, exhibitions and texts specializing in contemporary art and its dialogue with philosophy and critical theory. Having a background of engineering and philosophy Guler worked in Istanbul Biennial between 2007 – 2014. Currently she is working as a researcher for the museum project of Vehbi Koc Foundation.</p> <p>  </p> <p> <strong>Nicole O’Rourke </strong>is a New York-born Istanbul-based writer and curator. She is an MA candidate in Art History at Hunter College in New York. She has been published in Time Out, Istanbul Art News, Dazed and Confused, Exhibist, The Guide Istanbul, artspace.com, Near East Magazine, and Twin, among others. She currently works at Rampa Gallery, Istanbul.</p> <p>  </p> <p> Born in 1987,<strong> </strong><strong>Ilhan Ozan</strong><strong> </strong>is a curator, researcher and writer. He received his Bachelor’s in Sociology at Marmara University, 2009; Master’s in Philosophy and Social Thought at Istanbul Bilgi University, 2012. He is a regular contributor to the artist-centered online publication m-est.org. He currently works in Research and Programs at SALT, Istanbul.</p> <p>  </p> <p> <strong>Ulya Soley</strong> studied Art History and Psychology at Mcgill University. She completed two courses -Art Writing and Exhibition Design- offered by Node Center, Berlin, as well as the Curatorial Practice program at Salzburg Summer Academy. She works at Pera Museum and writes for Sanatatak and Istanbul Art News. She is a co-founder and curator at maybe art projects.</p> <p>  </p> <p> <img alt="Trevor_paglen-34-1444114346" src="https://d3v4jsc54141g1.cloudfront.net/uploads/project_image/image/238684/Trevor_Paglen-34-1444114346.jpeg"></p> <p>  </p>

<p> By supporting Proto5533, young artist and curators in Istanbul, you are supporting freedom of expression in Turkey and in the world.</p> <p> The effect is two fold -</p> <p> 1. the individuals will grow and become more valuable members of their community;</p> <p> 2. the art and exhibitions express the urgent concerns and issues in this rapidly changing nation, the understanding of which has the potential to create empathy and solutions.</p>

Our gratitude for your support! You will be thanked on the website of Protocinema - Proto5533, as a contributor.

Congratulations: you have become member of Proto5533 Supporters to realize a series of exhibition by emerging artists and curators in Istanbul! You will receive, by email, all invitations and information on the activities of our program and a postcard from an artist in Istanbul.

Thank you! In addition to the previous rewards you will receive a Protocinema - Proto5533 Tote Bag

Many thanks! Poster fan! In addition to the previous rewards you will receive a Proto5533 poster with an image from the first exhibition by Mehmet Dere (50 x 70 cm horizontal).

Many, many thanks! In addition to the previous rewards you will receive TWO additional posters, both signed by the artist.

A million and one thanks! Play it like a local! In addition to the previous rewards, you will have one night stay in central located apartment in Istanbul and a guided art tour.

Congratulations - you have just acquired an art work by Volkan Şenozan, Clouds, 2015, Digital print, 20 x 35 cm, signed edition of 10. 50% of this amount will go to the artist, Thank you very much.

Congratulations! You have just acquired an art work by Bahar Yürükoğlu, Tongue in Cheek, 2011, Digital Print, 84x116 cm, Unique. 50% of this amount will go to the artist. Thank you very much. (price does not include shipping costs)

Congratulations! You have just acquired an art work by Alexandra R Howland, “imprisoned"+"feminist “+“revolution", 2015, Digital C-type, 62x62 cm framed, Unique. 50% of this amount will go to the artist. Thank you very much. (price does not include shipping costs)

Congratulations! You have just acquired an art work by Erdal Inci, in Karakoy, 2013, single channel video loop, Full HD, 5 min., Edition 4 of 5. 50% of this amount will go to the artist. Thank you very much.