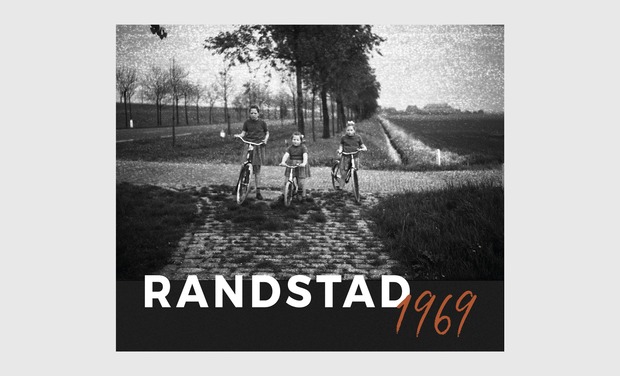 We are two friends, passionate about photography, Pierluigi Ortolano and Davide Pitetti. Two years ago our adventure began on board of Civico Zero, a non-profit cultural association born with the desire to deal with photographic culture.
We organise workshops, meetings and exhibitions.

All this on board a camper turned into a multimedia classroom

In May 2017, following an online auction, we came into possession of a box with 141 Agfa rolls of undeveloped film (with a lot of exposures each). The surprise was to find the rolls wrapped into a sheet of newspaper dated 1969, the "RANDSTAD".

So, we decided to involve other friends and shape a team of professional to have every aspect of the project developed in depth.

Together with us, Alessandro, Franco, Gaetano, Massimiliano, Bruno and Licia joined our mission. We printed the first ten rolls, and surprisingly the vision of these early exposures sent us back in time. Suspended moments with girls on bicycles, workers at work, views of the neighbourhood, ships in the harbour, which tell the whole story of human and urban affairs and their contingency.

In light of all this, we have decided to continue to develop all the films and ask for your help.

During the first two years, Civico Zero has done many activities, mainly related to photography, but also to the reading for the little ones. Our camper is also a walking library that collaborates with the Cultural Center "Aldo Moro" of San Salvo in the province of Chieti.

The money crowdfunded will be used to cover the costs of development and casting of the remaining  130 rolls still, to be brought to light. This work will be performed by the expert hands of our friend printer Franco Glieca in his darkroom.

We aim to raise 3500 Euro to cover the entire project including the rewards of those who decide to help us.

We strongly desire the project to continue further. Therefore any funds in excess will allow us to digitise the films and start designing the next phase that will be the Book of Randstad1969.

The prints will be performed in the darkroom on barytaxed and politenated paper.