RCF16 brings back from oblivion 14 songs of 3 Beatles

Help us bring back from oblivion 14 songs of 3 Beatles 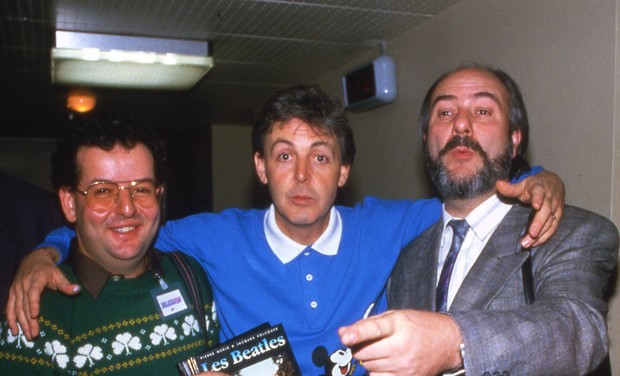 RCF16 brings back from oblivion 14 songs of 3 Beatles

On the occasion of the 50th anniversary of the Fab Four's Abbey Road album, RCF Charente is preparing, with the producer Jean-Michel Marquebielle, the release of a cover of 14 little-known songs of George Harrison, John Lennon and Paul McCartney on a vinyl limited edition under the title of one of the 14 songs, It's for you. Yes, it is for you!

These songs were written by Paul Mc Cartney, George Harrison, and John Lennon for friends, but never interpreted by themselves. This explains why they have fallen into oblivion. But they still are fully Beatleish.

BLF Rock Band recreates the atmosphere of the Fab Four.

Recorded by the BLF Rock Band plus classical musicians on some tracks, in faithful respect of the original arrangements, this exceptional cover of 14 songs from three of the four Beatles, recreates the unique ambiance of the great era of the famous band from Liverpool.

An album that has the "Touch", the energy of the Beatles.

Liverpool's BBC Radio Merseyside, music critic Du Noyer, creator of Mojo, Beatles sound engineer Geoff Emerick, John Lennon's friend Rod Davis, Beatles promoter Alan Williams, Ed Rudy the radio columnist of their tour in the USA, Tony Copple in Canada, etc., declare that this is an album that has the "Touch", the energy of the Beatles, that it is Beatleish, that one would think it an album by the Fab Four and that it deserves "in itself" to be released. It is precisely the quality of the work of musicians, sound engineers and producers.

RCF Charente is a local community radio station in Angoulême, the world capital for comics. By embarking on the adventure of releasing this collector's vinyl edition, RCF has two goals: to preserve and enhance the little-known heritage represented by these 14 songs and to finance its musical programs, which requires both investments (we will open our digital transmitters in mid-2020) and of course the financing of the presenters and technicians, even if a good part of them are volunteers.

The goal is to raise 15,000 euros to pay for the design, pressing and distribution of the vinyl record, as well as 14 outstanding sound programs, with Jean-Michel Marquebielle, speaking about Beatles memories and anecdotes around the 14 songs. Everything collected beyond this sum will help RCF Charente to continue its mission of local information and promotion of the music that listeners enjoy.

Claim back 66% of your donation!

RCF Charente is a community radio, if you are a tax payer in France, your donation is tax deductible up to 66%.