For his first album, the singer / guitarist OlostA wishes to make the music video for the first song "R u lost?". 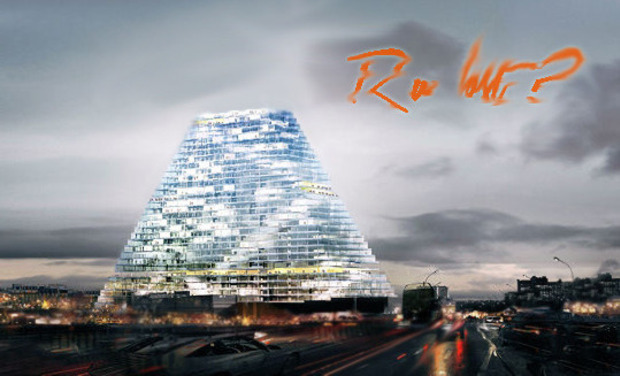 In this video, particular attention will be paid to aesthetics.

First of all, music of course because without it, the video is nothing. Here is the excerpt of the Electro-Pop music that is called "R u lost?" (the complete song will come soon in the news section) :

It tells the story of a generation who likes to forget the difficult world we live in, controlled by the powers above us. Obviously this is a rather festive music in appearance, but with a deeper meaning in a second reading.

" You are your mastermind

We know that they’re all around

Put your fingers in the air

Your ass is not stuck on your chair

Even if you can be clumsy

There’s nothing above you and me

To find the complete lyrics, you can click here : R u lost ? (Lyrics)

It concludes that we are the true masters of our world, because we are far more numerous than those who control (abusively) our world.

Then, the place is very important. A triplex in Paris where lighting is adjustable to change the atmosphere in a blink of an eye with a view of the Eiffel Tower was chosen after much hesitation.

- Triplex in Montmartre, the "Starway to Heaven"

- The extras are a fundamental factor that transform an amateur video into a pro clip. A cast of 25 extras (80% females, 20% male) were recruited to bring glamor, sweetness. Among them, there are cameras and parade models, actresses and movie theater and some beginners to bring a touch of authenticity.

Here is a few sketches of the extras :

Intro with letters OlostA that turns into "R u lost? "With effects. Plan the bar with bottle, etc ...

Scene in a car. The driver seems peaceful, and drive fast with a BMW of 1973.

Plan on the bar slowly with botlles, etc...

The singer moves into hallway with light behind him with the use of a smoke machine. Slow motion effect on the extras alternately while the singer moves at normal speed when playing the helpless on the words "Are you lost in your own mind? ".

Scene in the appartment with just light on the singer's face. He looks in a mirror playing with the use of black light makeup with UV sensitive with lenses etc ... on the lyrics "No egress for you, and no entry for anyone."   The girls sitting on the couch. One of them relies on an iPad in a display unit to "order" a band that appears gradually (drummer, bassist, guitarist, singer and DJ).

The chorus begins with the singer who sings to the crowd dancing with the arms in the air. Use of the smoke machine and green laser smoke on words "You are your mastermind, etc. ...".

Scene with drummer (midi drums), bassist, guitarist with their instruments and DJ mixes.

Obviously clash's Nabilla in the lyrics, so this is where the lookalike Nabilla comes into play for clashing Nabilla. Here is a picture of the double and a photo of Nabilla just for fun (fish).

On the bridge of the song, on the lyrics "We are left behind, erase and rewind" the idea is to have images of a scene from Matrix 1, not directly, but projected in the triplex on walls, on the big screens in the box, the glasses, the bottles, the sunglasses of the singer, on the floor with the crane and on the people "paralyzed" during this interlude with a little traveling. Scene that breaks with its quiet compared to the rest of the clip rather moving.

On the final plan, the singer and his guitar (customized in futuristic mode) are in the middle of the water and the camera is a traveling all around. Each time the pick meets the guitar strings, special effects electric shock propagates along the body and is reflected everywhere. It will be inspired by the example of the video below (it will be a psychedelic scene, incidentally, pays tribute to this brilliant inventor and humanist Mr Tesla who wanted to develop free energy for all world. He was a sort of rebellious living in autarky).

See the example below.

(The special effects used for the video will be done by a specialized company, with the After Effects software)

In the final scene, we see the character from the beginning (in the car), with plans inside the vehicle with smoke and arrested. The camera slowly shows he was under illegal substance in his conduct. Tight shot with the face showing he was the victim of an overdose (the meaning of the title "Are you lost?").

In the end, this video shows a generation of people lost, looking for fun by all means like an escape, even they defy death.

Little scene at the end of appeasement after the end credits (containing all thanks). The character of the car is playing quietly and peacefully with his acoustic guitar, like a wandering spirit to Paris at night ...

- Rental Triplex "Starway to Heaven" in

- Beverages, food for the extras,

With my savings, I was able to save in order to participate in this collection. With € 3,100 this clip can be financed. If the rest of the money, he can pay in order: a fireworks display for the clip, more special effects, more costumes, more makeup.