A short documentary narrating the story of a young blind girl who adopts a guide dog and enters into the world of lights. 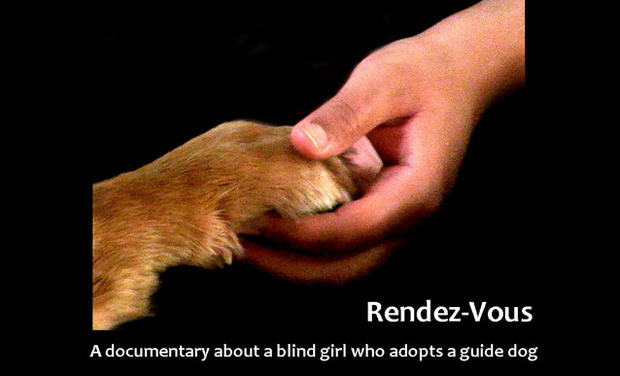 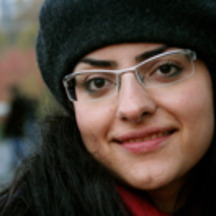 In Rendez-Vous, we narrate the stoy of a particular relationship between human and animal, between Melissa as a blind girl and a guide dog she will adopt.

Melissa lives with Alex, her sighted boy friend in Parisian suburb. It’s over a year she is waiting to receive a guide dog. After going blind when she was 12, Melissa is getting ready psychologically to put her white cane away and welcome a new part of her life. She is impatient, she can’t dream anymore. But choosing a dog to live with for the next 10 years is not that simple. She has started meeting different dogs and it’s getting complicated. Each dog has his own character, so who will be his companion, his promising dog? The one whom Melissa has to trust to in every moment of her life since he will replace Melissa’s sight?

A guide dog is not an ordinary animal, he’s been learning for almost 18 months to guide Melissa in over crowded cities, bring her home late at night and find her a bench in a metro station. The guide doge is the fruit of a long pedagogy with experts from Guide dog school of Paris (école chien guide de Paris)

Melissa goes to Guide dog school of Paris these days to learn how to deal with a guide dog in daily life before finalizing her choice for her future companion.

We are in the middle of our shooting, donate to this project so that we reach the final steps of our film and celebrate the birth of this documentary, as Melissa and her future guide dog celebrate their relationship.

Melissa, Me and a candidate guide dog

For making Rendez-vous we are using the "Cinema Verite" technique, so the people in the film do not make any interview direct to the camera and the shooting team is present in the scenes without any interfering which may effect the reality of the moments. The camera follows Melissa as the first charachter of the film, so after each period of shooting, we record her voice explaining her reflections and emotions on what she experiences, I will use her Off-voice later on the film. Her future guide dog, would be the second important character who enters in the film and we will have scenes in his height to bold his particular personality as a particular animal.

We have shot several days since February until now to witness all the moments of this journey with Melissa. We started in winter, in gray and doom days where Melissa used to walk with her cane, impatient and worried and we will accompany her until the bright days of summer, when her future guide dog will be by her, replacing her eyes, completing her joy of living.

I am a young Iranian filmmaker. My passion for learning about the different stories hidden in every corner of our life, real people, their happiness and sorrows, their fears and hopes, led me to documentary film making. I enjoy sharing these stories through my camera with others. I started in 2011 with Lady Maid, a documentary about the daily life of young Iranian women who collect Saffron flowers in a village. The film was selected in Cannes short film corner 2012, won a jury prize in the Forth International student film festival in Iran and was selected in different international film festivals. It was grace to the success of Lady Maid that I became more motivated to go further in my dreams.

In 2011 I directed “The Colorful Scarves” during the Summer school of La Fémis in Paris. This film is about my meeting with three French Muslim girls. During the screening in Paris, I got positive reactions from the public who found that it narrates simply and sincerely other aspects of Hijab ignored by media.

And recently I have directed a short experimental film in response to my inner feelings towards what's happening now to my country. I'd like to share with you this one-day-made short video.

I landed in Paris in 2011 to deepen my knowledge, artistically and personally and I am now making “Rendez-vous” for my master studies of Cinema in Université Paris 8. I’ve been working on the project for almost a year. Everyone around me knows about the different obstacles I have faced for making this film but fortunately today, I see that with the support of the people who believe me, I am in the middle of my shooting. I’m happy to have continued this beautiful journey full of emotion, and optimist to have your help to welcome what tomorrow has prepared for me.

By donating to this project you take part in a bigger project which is spreading the culture of having a guide dog that can give another birth to visually impaired people.

Just like you, we are also impatient to see the ending of this story but as a student team, we are almost out of our budget!

I started shooting by my own budget but it’s a long journey; we still have to shoot a lot in coming days!

Melissa may have her dog in a month (we are not sure neither!) and we wish to accompany her during her 2 weeks of internship at the school. We follow them during the period of adoption and while she starts the first days of living with her dog. All these days of shooting cost me Euros to cover renting the camera, the sound recording device, and transportation between Paris and her town, Epinay Sur Orge.

Afterward, I also wish to afford different projections and screenings in theaters in Paris.

Here’s the estimation of how this money will be spent from now on:

Transportation, food, and other charges: 300 Euros

So are you in to be a part of our family?

Our great gratitude + Your name on the credit list

All the above + The collection of Afsaneh's previous documentaries

All the above + 3 invitation to the premiere screening

All the above+ 10 invitation to the premiere screening