Documentary Project, about this small animal so strange, so unknown, the sea cucumber.Victim of his success, he is in danger of extinction 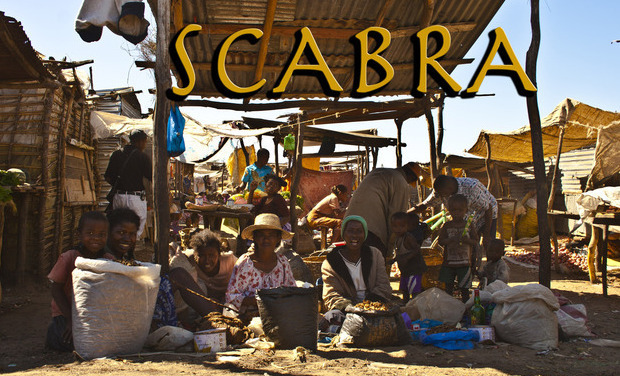 Sea cucumber, who it is? What it is?

For us, in Europe, it’s a kind of a big gelatinous sausage whit 15 cm reaching 2 m for some of them.

Living in the first breaststroke of the beach, they spend all their life to eat and to digest sand. This detritivore, participate in the recycling of organic matters and serve as afertilizers.

This body, which possesses only a mouth and an anus, feeds only on micro bacteria, which is situated in seabed. He’s essential to the smooth running of the aquatic environment, he allows the systematic eco regulation and he oxygenates the seabed.

The Holothurian or Tripang could seem boring but they are full of surprises.

Guaranteed without cholesterol, good for the skin, he also fight the cancer or the powerlessness, and the rest of the list it’s so long… In any case if you want the opinion of Chinese people, sea cucumber it’s wonderful!

He does have no fear, maybe because he does not have brain. Effectively, victim of his success, this animal today it’s in danger.

The sea cucumber is hand collected, in the lower tide, snorkeling or with oxygen cylinders.

The Holoturian fishing is an old activity practiced by fisherman’s communities in Madagascar, in particular on the western coast.

Those resources closed to fishermen’s villages are over-exploited, obliging them to go every time farther at the bottom, provoking fatal accidents.

To avoid its extinction, a research center, was created, with the colaboration of UMONS (university of Mons Belgium), ULB (university Libre of Brussels) and the university of Tuléar, taking the shape of a spin off belgo-Malagasy, today her name is Indian Ocean

Trepang, also called, IOT, situated around by Tuléar on the West Coast of Madagascar. At the end of eight years of scientific research/study, a big step was exceeds, we reached/found the fertilisation In Vitro of sea cucumber.

During a previous travel in Madagascar, observing the women near by the sea, always executing the same movements all day long, our curiosity led us towards the discovery of this surprising being. Discussing with the “Vezo” (local fishermen) we obtained some information about this subject.

One thing leading to another, we collected more and more information about the situation of that animals and what’s involved around.

Situation witch involve the risk of his extinction.

On the other hand, we were able to observe the initiatives implemented to limit the damages connected to that fishing.

In particular, the restriction of fishing license and, as we already underlined its, the fertilisation in vitro realised by the research center IOT.

We wish to put forward/in advance the importance of this Research Center which, by his work, besides having an ecological impact, allows a social and economic advance for the habitants of the region.

Thanks to the creation of new jobs and staff training.

The image is our best way of communication

The realisation of a long film documentary will be the most effective way of raison awareness and his impact will be more important.

The speech here its not just as much emotional than scientist. The objective is to inform and to imply or involve the public/persons.

The visual esthetic will be very accomplished by sequences of symbolic plans about of this red Island. We shall take the spectator towards into a dream, the pondering over the landscapes, over the still wild nature, the villages.

However the rhythm is switching, more intense, more stifling, from the dream, we pass to the “nightmare”. The image do not make dream any more, but demonstrate the sad reality. The implication of the extinction of a being so little known and so important in its ecosystem, while presenting the solutions been organised to save the species.

Composition of the movie

Visit of the natural housing environment of the sea cucumber, his life and habits;

Visit of the center of in vitro reproduction of the sea cucumber, and his explanation.

Technical ways of production and realisation

Just for an idea about the sea cucumber and his environment

This Documentary will be realized in tree months travelling with a team of two persons.

The final cost of this documentary is around 15.650, we already have some part part of this amount, but still missing some of the budget.

To see this project realized we need more 4500 Euros.

Detail of the budget: