SAVE THE ALBINOS IN AFRICA ! For THEM, we need YOU... 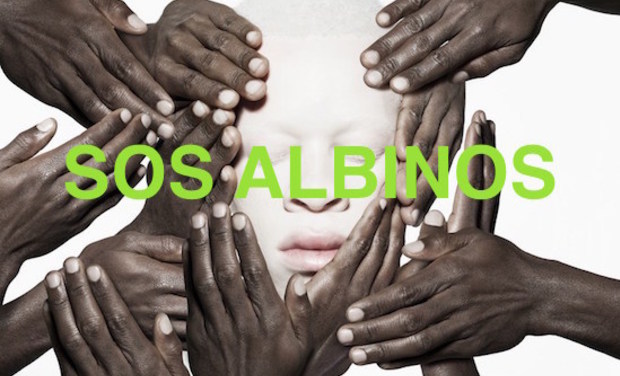 We have produced a very moving song, that will be incorporated in a high-quality video, which we hope will draw your attention to the desperate plight of the Albinos in certain parts of Africa.

We hope that when people see the video, they will make a donation to this very worthy cause.

The song, "SOS ALBINOS", written by Bernard BIAREL was composed and arranged by Pablo U-WA.

Description of the project:

A / The video will last for approximately 4.5 minutes and will set out the aims of the SOS ALBINOS project. We hope to be able to present this to the delegates attending the UNESCO conference during the “African Week”, which takes place in Paris in March 2018.

B / A CD will also be produced which will have two songs, “SOS ALBINOS” and "MOUTON NOIR", both written and sung by myself and arranged by Pablo.

C / In addition, we will merchandise a range of products, including SOS ALBINOS T-Shirts and posters, to support the promotion of the video. Our sponsors, who, like us, are profoundly concerned about this humanitarian problem, have agreed to share a portion of the cost of these merchandised goods.

I am neither black nor albino, but like so many people, I have done little for the plight of the many African children who are severely affected by this congenital disorder, (Albinism), which affects their skin, hair and eyes.

The aim of this project is to bring to your attention both the social and cultural challenges that these African children now face in their daily lives.

If being born with Albinism was not enough, ample evidence has emerged in recent years to show that in some African countries, there has been an unprecedented rise of witchcraft related killings of Albinos, because their body parts are being used in potions sold by witchdoctors.

These potions are supposed to bring happiness and social or political success to wealthy but gullible individuals, who are prepared to spend from 1,000 to 75,000 US dollars to obtain them.

In addition, similar data published by the UN, shows that there has been a dramatic rise in the number of cases involving kidnapping, torture and mutilation of Albinos. There have even been instances where Albinos have been buried alive with the body of a deceased witchdoctor.

In order to bring this barbarism to the attention of the a wider public, I decided to write the song "SOS ALBINOS".

To be able to publish this work, I enlisted the help of my friend Pablo, who is a Franco-Ivorian composer with whom I have worked for several years. The song is written in a Reggae style that is designed to capture the public’s attention on the plight of these people.

Our belief is that music is a universal language and as such, will not only convey our message to French-speaking people, but to a much wider audience around the world.

Hopefully, this will make them aware of the inhumanity that is being inflicted on Albino children, today in the 21st Century, through no fault of their own.

The recording of SOS ALBINOS, has just been completed and has been financed from our own funds.

We hope that by producing a high-quality CD and using social networks to promote it, we can gain many sales from like-minded people who would want to support our cause.

In addition, we are aiming to produce the video to a similar quality standard, in order to secure the maximum media exposure at the UNESCO conference. This is the main part of our project.

To be able to meet these objectives, we need to engage the services of a professional film crew to produce it. Part of it may even be produced on location in Africa. This will not be cheap and we are inevitably going to need to raise further funding.

Please convey this message to friends, relatives and companies within your own networks.

May we thank you in advance for your efforts on our behalf.

To give you an idea of the costs we are likely to incur, we are going to have to raise at least 4,400 Euros which will cover only the Video Clip job.

We hope to go over this minimum amount in order to cover the following estimated costs :

2,000 Euros for the merchandising products as posters and T-Shirts

Thank you for your attention.

Estimation of our need if we exceed the minimum amount of 4,400 €

These products would be offer for free through concerned Albinos Associations and Fundations.

As Project manager,the total collected amount will be paid to Bernard LACHKAR who will send the rewards to the KissBankers.