The creation & growth of a unique bench. Moulded by students to fit their needs and desires. 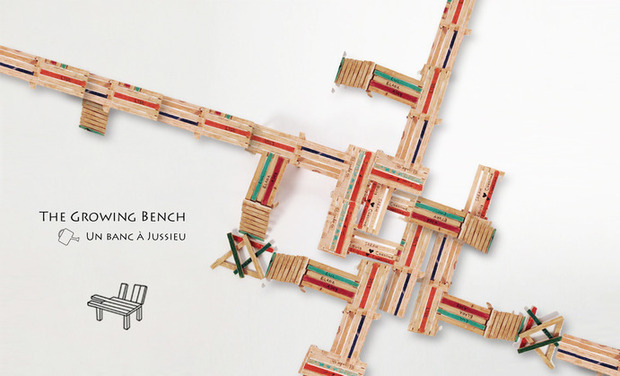 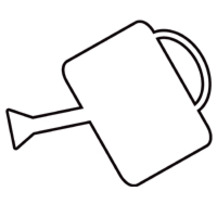 This project is directed at the students at Jussieu University Campus. The campus, which is currently under a lot of construction and change, lacks a space in which students can gather and call their own.

The Growing Bench will:

- Give the students of Jussieu a social area for them.

- Create a unique space which students can give an identity and leave their unique mark.

- A place which students can mould and alter to suit their needs.

We propose to create a mini space and structure in the form of a picnic bench/table. This structure, although similar, will not be a traditional bench.

The structure, which is originally derived from a picnic bench, has not been predicted or designed in full.

We are leaving the design and look of the structure quite open ended. We are doing this in hopes that the students at Jussieu will keep adding to the bench and causing it to change

With each student that donates, a piece of the plank will be added to the structure. This way, the structure will evolve and grow.

The scale and development of this project is directly proportional to the amount of funding it receives. Those who help fund the project will not only have contributed to the construction of the structure, they will also be permanently involved in the project, as they will receive their engraved word or comment of their wooden plank which they have funded.

The idea is that, a piece of the student will be remain permanently in this social area.

Each piece which is purchased will hold a place on the 'Bench'. However, those who purchase a piece will also be given the chance to develop and evolve it by using the different levels of our reward system. This will ensure that each piece is unique and different.

This is currently a small scale project, however, the success of this first step will hopefully lead to a larger and more permanent project of this kind in Jussieu.

The Growing Bench will begin construction during its campaign, which will take place between the end of May - mid July.

The level of growth in the 'Bench' will depend of the amount of funding that the project receives from students, and anyone else who has interest.

A plank will be added to the bench

A full bench will be made

Ten benches will be created, or a different structure with the materials