Support us for the launch of our new CD! Passion, chic & elegance: fall under the spell of French music! 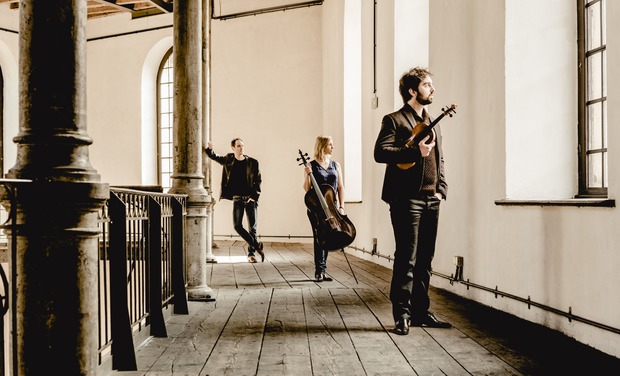 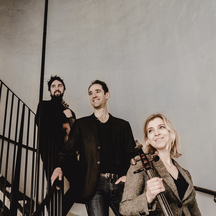 Friends, followers: we are counting on your support for this new CD project!
Sarah, Perceval & Pierre-Kaloyann.
The Trio Atanassov.

Following a first CD – Smetana- Dvořák, that has been awarded a Diapason d’Or - we are recording a new album at the Paris Philharmonie. It will be released in a few months.

The Trio Atanassov has often been described as an ambassador of French finesse and elegance. We therefore wish to devote this new record to French music, with trios by Debussy, Hersant & Ravel.

This program lies within the scope of tradition and innovation, two strong features of art and culture of our country; with a Debussy that we don’t expect, a composer – Philippe Hersant - who resurrects Marin Marais in the 20th century, and one of Ravel’s most impressive masterworks, a firework of colours and rhythm, tremendously virtuosic but always exquisitely refined.

To meet the highest recording quality, we will work together with the sound engineer Jean-Martial Golaz, who regularly teams up with great artists such as Fazil Say, Nicolas Alstaedt, the Trio Wanderer, Jean-Guihen Queyras, Alexandre Tharaud, Tedi Papavrami, to mention only a few.

On several occasions Jean-Martial recorded our concerts for the Swiss Radio Television and amazed us by his remarkable skills.

The complicity which unites Perceval Gilles, Sarah Sultan and Pierre-Kaloyann Atanassov since forming the Trio in 2007 comes from a common state of mind, based on shared values: integrity, artistic demand, musical curiosity, human simplicity, along with a deep sense of sharing.

These artistic qualities have been acknowledged by the great masters of chamber music coaching the three musicians during their musical training within prestigious institutions (Conservatoire de Paris, Vienna University, ECMA). Christoph Richter, for one, mentions: “This trio bases its interpretations on constant research and ceaseless work, and has a very accurate image of the works within their repertoire.”

The craftsmanship of these three musicians allows for clarity in their playing. Unanimously praised, this clarity has enabled the artists to stand out in major competitions around the world. Winner of the Frankfurt and Graz competitions, the Trio Atanassov was also awarded in other piano trio competitions: in Osaka, Trondheim, Vienna (Joseph Haydn) and Weimar (Joseph Joachim), to mention a few.

These awards have paved the road to a career which sees the Trio performing all over Europe, from the Vienna Musikverein to the Alte Oper in Francfort, the Wigmore Hall in London, the Ars Musica Festival in Brussels, the Sofia Philharmony or, in France, the Radio-France Festival in Montpellier as well as the Cité de la Musique in Paris.

We produce and finance all the recording process till the edition of the master. Then the CD will be edited and sold by a label, under a licence agreement.
The CD release is scheduled between the end of 2018 and the beginning of 2019, the counterparts will be sent concomitantly.

The Trio Atanassov will receive the integrality of the fundraising.

This crowdfunding will help us cover the expenses inherent to the recording process (total budget: 12.500€):

Attend a rehearsal of the Trio (in Paris, or right before a concert) + 2 free tickets for one our concerts + 2 CDs with autograph + a signed thank-you card

A 90-min private lesson for solo instrument or chamber music with one member of the Trio (date and travel expenses to be discussed, piano and venue not supplied) + 2 free tickets for one our concerts + 2 CDs with autograph + a signed thank-you card

A thank-you note in the CD booklet + attend a rehearsal of the Trio (in Paris, or right before a concert) + 2 free tickets for one our concerts + 4 CDs with autograph + a signed thank-you card

1 private concert (piano and venue not supplied, date, programme and travel expenses to be discussed) + 4 CDs with autograph + a signed thank-you card + a thank-you note in the CD booklet