Help us finish a documentary about those who preserves our rivers. 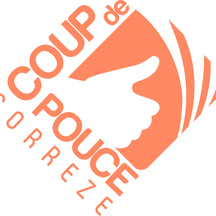 <p>What if the slightest move was actually the greatest one? What if, like a hummingbird bringing a drop of water to end a fire, the meanest of all did his part for a great change?&nbsp;This is the idea film director and biologist Philippe Laforge stands for in his latest release &laquo;<strong> &nbsp;River Sentinels, cherishing the waters we belong to&nbsp;&raquo;&nbsp;</strong></p> <p>This true admirer of watercourses is indeed worried about the state of rivers as they are. Alas, what goes on underneath the surface is kept silent for many, unattended, and far sighted from the public&rsquo;s attention.</p> <p>&nbsp;</p> <p>He calls for hope by showing those who care to stop the trend and reverse it. Fishing clubs, wildlife &amp; natural landscapes activists, school teachers, he has interviewed seven winners of the Prix Charles Ritz&rsquo;s conservation award, the only one to recognize in France actions undertaken for the sake of the rivers.</p> <p>&nbsp;</p> <p>The International Fario Club has set up the award in 2003, paying tribute to its founder and fishing luminary, the late Charles C&eacute;sar Ritz, who passed away in 1976, an avid fisherman, having cast a line to the most sought after waters of the world. He was convinced, together with fellow members inc. Lee Wulff and Ernest Hemingway that every penny spent in sport had to be matched with time, energy &amp; money for conservation. This is what leads the club today to duplicate the award in the UK, as to build a bridge between the parallel fates of our rivers &amp; wildlife</p> <p>&nbsp;</p> <p>&quot;Never too late to do good! the smallest brooklet deserves attention&nbsp;&raquo;, &nbsp;believes Ph. Laforge. Joining the local teams taking action everywhere is a much more important key to success than expected.</p> <p>&nbsp;</p> <p>To achieve the success of the film as wide as possible, the producers need your support. Your donation will be used to complete the shooting, and editing, and launch a PR campaign.</p> <p>&nbsp;</p> <p style="text-align:center"><strong>Who will be featured in the film?</strong><br /> &nbsp;</p> <p><strong>Association agr&eacute;&eacute;e pour la p&ecirc;che et la protection du milieu aquatique (AAPPMA) La truite des Mon&eacute;di&egrave;res (Corr&egrave;ze), &nbsp;2016&nbsp;</strong><strong>winner</strong></p> <p><img alt="" src="https://d3v4jsc54141g1.cloudfront.net/uploads/project_image/image/577816/FILM_RITZ-AAPPMA_Les_Mon_di_res-3-1552406668.jpg" width="100%" /></p> <p>The volunteers of les Mon&eacute;di&egrave;res fishing club have painstakingly restored the Corr&egrave;ze river for the last 15 years. Listen to the club&rsquo;s secretary Josiane Bouvard : &laquo;&nbsp;&nbsp;</p> <p>We have visited every and each school around to introduce watercourses, our pupils ignore only too much and each year we welcome 8 or 9 classrooms on the riverbank. This particular year we reached 12, so 170 children. We have recharged gravel on the redds, and as soon as we had finished, even before then, brown trout have come to spawn on our freshly set beds, for me that was really moving and magical.&nbsp;&raquo;</p> <p><br /> &nbsp;</p> <p><strong>Collectif SOS-Loue et Rivi&egrave;res Comtoises,&nbsp;2015&nbsp;</strong><strong>winner - French Jura</strong></p> <p><img alt="" src="https://d3v4jsc54141g1.cloudfront.net/uploads/project_image/image/577827/UNADJUSTEDNONRAW_thumb_3822-1551342397-1552407556.jpg" width="100%" /></p> <p>French Jura rivers have gained a worldwide repute. For more than a century, fishermen have come from afar to cast a fly to the famous zebra trout &amp; 20 inc. + grayling. Within the last two decades, fish populations have dropped by alarming rates. The SOS Loue &amp; rivi&egrave;res comtoises NGO was grounded in 2010 to &laquo; &nbsp;save the rivers&nbsp;&raquo;. Now rich of several hundreds of members who managed to trigger some major issues, they monitor pollutions as they come and have taken part in a scientific body where lobbying play a part. Marc Goux, their leader declares &laquo; &nbsp;the water courses we live nearby have come from geological times, passed on to us by our forbearers without a dent, and within one generation or so, we have entered the process of destroying them all.&nbsp;&raquo;&nbsp;</p> <p>&nbsp;</p> <p><strong>Philippe Nicolas, 2007&nbsp;</strong><strong>winner,&nbsp;</strong>school teacher, running a fishing workshop at school in Paris suburban environnement</p> <p><img alt="" src="https://d3v4jsc54141g1.cloudfront.net/uploads/project_image/image/574757/FILM_RITZ-Gennevilliers-Philippe_NICOLAS-1-1551451621.jpg" width="100%" /></p> <p>Teacher and fisherman, Philippe Nicolas has gathered his two passions with glory. When he worked in the North of Paris suburb, he created a fishing club in his school. Today closer to Paris in Gennevilliers end of a metro line,&nbsp;</p> <p>he brings the urban children to Nature, taking them fishing, hiking, and so on, as a way to improve their understanding of their place in the world. As he puts it&nbsp;</p> <p>&laquo;This&nbsp; has been a revelatory experience for the young people who have accompanied me. Now adult they still enjoy the happiness and freedom of going fishing.. Surprisingly there is a real passion in our suburbs to understand the meaning of life. &quot;</p> <p>&nbsp;</p> <p><strong>Philippe Laforge, film director</strong></p> <p><img alt="" src="https://d3v4jsc54141g1.cloudfront.net/uploads/project_image/image/575041/TETE-philippe-laforge-L_guer-854x641-1551564677.jpg" width="100%" /></p> <p>Trained as a biologist, specialized in hydrobiology, Philippe Laforge has spent his first ten years to study &amp; report on rivers on a very technical scale with a bitter conclusion :&nbsp;&raquo; Things do not move fast enough&nbsp;&raquo; Then he gives up research to take a camera &amp; shoot films on watercourses. Now completing his 12th documentary, he has directed Secrets de Rivi&egrave;re awarded the silver trophy at submarine movies festival, &laquo; &nbsp;des rivi&egrave;res sauvages et des hommes&nbsp;&raquo; and lately &laquo; &nbsp;River Leguer, a history&nbsp;&raquo; about a river rewilding experience in Brittany.</p> <p>&nbsp;</p> <p>&nbsp;</p>

<p>The film director has begun shooting. A lot of work remains to be achieved to complete the film, and to make sure as many as possible will watch it. This is why the 5000&euro; needed will be dispatched between ending the shooting, editing, and a PR &amp; media coverage.</p> <p>&nbsp;</p> <p><img alt="" src="https://d3v4jsc54141g1.cloudfront.net/uploads/project_image/image/585059/meta-chart-2-1554757064.jpeg" width="100%" /></p> <p><strong>What to do with an excess of funds donated?</strong></p> <p>They will be used on a practical educational project. Award winner Philippe Nicolas has written a cartoon on the story of his biggest salmon caught and plans to circulate it in the french education system. He quotes &laquo; &nbsp;it is as a way to enchanting teachers, pupils and education practices, passing on the desire for the river, and flyfishing for our suburban children living away from Nature&nbsp;&raquo;</p>

Your name in the movie credits

An invitation to the Prix Charles Ritz awards ceremony 2019 at the prestigious Travellers' Club on the Champs-Elysées in Paris, from 7 to 8:45 pm + previous rewards

A day to discover the work and the river of a Prix Charles Ritz (and why not fish it while you are there?) + previous rewards (if available)