I planned a great travel: 20000 km along European borders on my 1982 camper and film a documentary! Come on board! 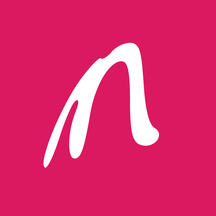 I am dreaming of a great adventure: travelling 20,000 km along Europe's borders. A trip planned and shared with my social community, Facebook, Youtube and Twitter. I with gather stories from Europe’s confines to make a documentary.

“It’s not important if you drive an old car or an old truck, the most important thing is to understand its potential, not to overload it, respect its engine. Listen to its engine and also a very very old car will bring you everywhere”.

With this words in my head, I have decided to travel on my way, in slowness, follow the more difficult route, without gps, without highway, only trusting in meetings, in the color of the way, in the signals that a trip of this kind sends to you.

The trip around Europe along its borders, with a 1982’s motorhome renamed Vostok, is a very ambitious mission.

It’s a 20000 kilometres trip, crossing more than 20 nations, looking for stories to tell, stories of places, stories of men.

Borders stories that everybody heard about but than nobody often tell.

Day by day people are frightened by borders.

Somebody wants to build walls of fences to divide people, Mediterranean sea, once a bridge between people, today is considered, unfortunately, a free way for "poor people" and refugees invasion.

In the current historical period, borders are often seen as barriers that divide people, places, cultures. The basic aim of the project is to show that borders are, indeed, jointing lines, a melting pot, junction points, a richness.

Borders in the deepest meaning.

Salt flats are a story of natural borders, popular music, such fado in Portugal, is often a story of border between soul and unexpressed love, moresque architecture in Spain, or environmental sustainability is a border we are not yet able to cross definitely arriving to the borders of between Greece and Macedonia, where we are witness of one of the most critical humanitarian crisis in the history of modern Europe.

The main goal is to create a link between worlds apparently far the each from the other.

My mission is to make a social trip, constantly shared on the social media platforms, a photo reportage and a documentary that tells al this adventure.

Traveling and telling the travels.

Sharing my travels with my community (near to 5000 fans on Facebook page) is the important base for what i do.

Sharing my travels with my community (more than 5000 fans on Facebook page) is the important base for what i do.

Telling places and meeting using photos, videos and articles it’s the completions of my travels because a story cannot exist if there is nobody to read, watch, feel it.

But my idea of sharing goes behind a simple post on the web: this is because i created the  social trips.

Before leaving, for every travel, i ask for the help of my community, in order to build the travel, to plan the route.

Every follower is not a simple onlooker but is a leading actor of my travels: all the ones who follow me, help me with their experience, give me advices about the places he knows or asks me to visit a place for him, to be his eyes.

During this travel i will tell my stories, with videos and articles, not only on my social pages, but also on Repubblica.it (one of the most important Italian information website) twice a week!

My name is Lorenzo and i am a traveler.

I have always been a traveler, and many of the decisions I've made in my life, were influenced by this awareness.

I work as a photographer and videomaker in the south of Italy.

As a journalist, i took my first indipendent freelance photoreporter work when I decided to leave for Middle East.

From Gaza Strip to Iraq, i can say i documented some of the most important wars of the century.

Then there where my reportages in the  former Jugoslavia and in China.

I also work as a video director, i make documentaries, music videoclips, fictions.

At the age of 40 I decided to combine into a single mission everything I've always done: so I bought a 1982’s camper and I started to tell my travels, with images, articles and videos.

Traveling by feet or with my motorhome, i know the world is there, waiting for me.

I track routes, look for contacts, plan the trip.

My future has the colours of the places i have not yet visited.

“In times like these, escape is the only way to keep dreaming and keep alive.”

Henry Laborit wrote it, in “The praise of escape”, and i did it a life philosophy.

The camper i call Vostok is a 1982 Volkswagen LT28, Sven Hedin Westfalia model.

Vostok like the first spaceship that brought behind the earth atmosphere Yuri Gagarin, the first man who flew in the space.

Vostok as a different concept of travel: not a real escape but a kind of exploration.

Travelling slowly, stopping to contemplate what surrounds us , to the speed of 80 kilometres per hour. Studying maps, searching for significant points, observing mountains, rivers in order to keep orienteering, asking locals for information in order not to lose touch with everything that makes the essence, the human geography of places.

Vostok too has a human essence: it has no electronical brains, not unfindable and rare parts, but it has an engine from the old times, a good constructed engine, that a mechanic in a very far place, in a jungle, in a desert could repair with blinded eyes.

During these years i tried to transform Vostok in my base, my office, not only a movable house but also a office in order to be in the right place, always.

I’m improving it and the next step will be the installation of solar panels system, in order to make it a little bit more environment friendly.

Supporting this project means not only supporting an idea but being part of a great storytelling project, following day by day a great adventure, being witness and main character.

Not only a travel, not only a documentary and not only a blog but a great shared adventure.

Some sponsors already decided to supporte this travel, and they are giving me energy with their help, but it's not enough.

Such a similar travel it's not so simple, and in order to collect the 7000 euros to complete it, i need a great help from virtual crew.

I know we will do it.

And then there are the expenses for rewards, the shipping charges and the percentage for the platform that hosts the project.