Back the first social-business in the film industry! 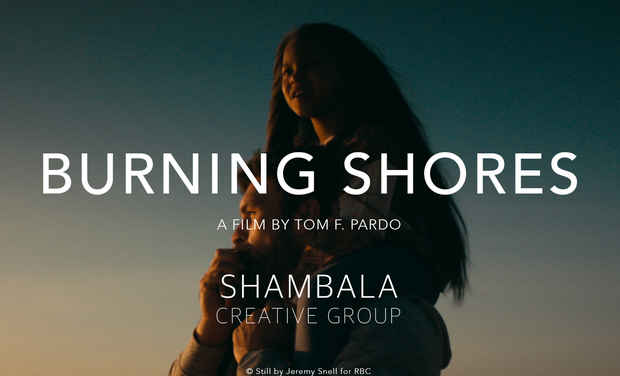 As president & founder of Shambala Creative Group, the first production company adopting the social-business model in the film industry, I'm very proud to introduce you to our first short fiction!

I know your time is precious, so I'll briefly detail for you the main goals and ideas around this project.

First thing first, how can we sum up briefly the concept of a social-business?

Defined by Nobel Peace Prize laureate Professor Muhammad Yunus, a social-business is a non-loss, non-dividend company created and designed to address a social or environmental problem. All profits generated by the business are reinvested in the business itself, with the aim of making the company expand, and thus increasing the social impact.

But how do we manage to make this concept work in an area as specific as the film industry?

Well, this is simple. Each one of the films we produced is associated with a social or environmental cause that we believe in, and part of the proceeds of the film will be directly donated to this cause. Other productions already did that in the past, such as The Intouchables which donated 5% of its benefits to the Simon de Cyrène charity. But we want to make this scheme an obligation for each of the films produced and distributed under the Shambala Films banner.

My first short film, Submerged, which was shot last year in Nice on an iPhone 8, has been selected in 11 festivals around the world, and even won two prizes in France and a First Prize in the United States. The film is now available on VOD to raise money for the French Red Cross, which currently helps the victims of the 'Alex' storm near Nice.

Helping solve a social or environmental problem implies that the story must be pretty successful, right? That is the reason why we aim to work with the best talent we can on every project, and thus making sure that we'll produce the best content possible.

I initially wanted to make a short about immigration and the refugee crisis. I was supposed to go work as a volunteer in an NGO in Lesvos (Greece) last April, but my plans brutally stopped when the covid crisis started.

A few months later, we all discovered the massive wildfires in California, the Amazon forest, and even near Martigues, where people had to flee with boats to escape from the flames. More recently, a brutal flood in the South of France devastated entire villages, and thousands of people lost their home. It is frightening to know that the last two events occurred just a few miles away from where I live.

Climate refugees and wildfires are becoming major issues, especially for kids who will increasingly develop respiratory diseases due to air pollution. This article from the New York Times goes deeper into this subject.

This is why I decided to tell a similar story in a new short film, that I will produce under my own label (Shambala Films), and whose part of the proceeds will be directly donated to UNICEF.

But in order to make this first project a reality, we need complete creative freedom, and... well, money. Fortunately, these are areas where the KissKissBankBank community can help!

A vast wildfire is spreading all over the French Riviera. A young father and his 8-year-old daughter try to escape the coast by boat with a couple of strangers.

We will shoot the film near Cannes, in the heart of Theoule-sur-Mer: namely the Aiguille Creek and the Aiguille Beach. The location has a beautiful cinematic potential that we want to exploit. However, certain areas nearby are protected for its biodiversity; we will make sure, in coordination with the mayor office of Théoule-sur-Mer, to respect the fauna and flora throughout production.

And since we're doing the main photography near Cannes, we will (of course) send the film to the Festival to apply for the Official Selection, Directors Fortnight and the "Semaine de la Critique". Fingers crossed!

French film director, producer, screenwriter and editor. After a master degree in Communication & Media at the Paris School of Business and a dual-degree at Millikin University in the US, I landed a few student jobs from video editor in Los Angeles to PA in New York, and junior producer in my native Paris. I then moved to London, where I worked for nearly three years as a junior editor in a movie trailer house based in Soho. This experience allowed me to work on the smallest indie films to the biggest blockbusters. I'm now freelancing as a movie trailer editor between Nice, Paris and London.

My first short film, Submerged, shot on an iPhone 8, has been selected in 11 festivals across the globe, and won the Grand Jury Prize & Public’s Choice Award at the Plug Mobile Film Festival in Nice, along with the First Prize at the International Mobile Film Festival in San Diego. As of now, I'm currently working on two new shorts and my first live-action feature.

Laura is a kick-ass director of photography, and a good friend of mine. She recently shot Alexandre Do's short film Aniccam in Cambodia, which premiered on NOWNESS Asia. She has already worked on dozens of feature films.

She started studying in Paris while she worked as a trainee. After her graduation, she became a loader in France for a few years and first AC in features, commercials and music videos. She moved to London two years ago where she works as a focus puller in various formats.

I met Lucie in London while we were working together at the iconic Film House in Soho. Lucie is an incredibly gifted French colourist who started her career in the world's leading colour house Company 3, and is now continuing her work in New York as a senior colourist at Sim International.

Her credits as an assistant colourist include: Wonder Woman, Assassin's Creed, Bohemian Rhapsody, Tomb Raider, Alien Covenant, Beauty and the Beast, Nocturnal Animals, and many more.

She recently worked as a senior colourist for Blumhouse's new movie, You Should Have Left, starring Kevin Bacon and Amanda Seyfried, and also worked on my previous short, Submerged.

Gavin Brivik is a composer living in Los Angeles, best known for his work on the 90th Academy Award Nominated film My Nephew Emmet.

He recently finished scoring the Emmy nominated Netflix original series Living Undocumented, produced by Selena Gomez, the Netflix original film CAM with Blumhouse Productions (Get Out, Whiplash, Blackkklansman, and Us).

Gavin also signed the original soundtrack for my previous film, and I'm thrilled to work with him again on this project.

Alexandre is a sound editor and audio mixer at Comptoir du son in Paris. His most recent work include the sound design and mix for Angèle's music video 'Balance ton quoi ', and the Netflix documentary Bigflo & Oli: Hip Hop Frenzy.

He has worked on all of my audiovisual projects and is now ready for a new round!

Blackship is a post-production facility based in Paris. Both working on commercials and fiction, their clients include Canal+, EuropaCorp, OCS, Technicolor, and more.

The agency will take care of the VFX on this film, our first collaboration.

Like I said before, we want to work with the best talents we can to create our films. That includes those who have just started their career in filmmaking!

The French film schools ESRA and ISTS will provide young filmmakers who will join us on set to work on this film. We are really excited to come together for this special project. One of the technicians of Submerged, Fabien Bacquet, did a terrific job on my previous short and will be operating on set again as sound engineer.

This first project is really meaningful to us, and the idea to continue our passion for cinema while helping to make the world a better place has inspired us to give the best of ourselves in our future productions under the Shambala Films banner.

The next motion picture after Burning Shores will be an animated short in collaboration with an Oscar-nominated studio... More coming soon! Please help us making this dream of telling stories while helping the world a reality.

Thank you in advance,

The budgeting targets for our film are as follows:

20 000€ is our ideal budget, given the fact that we'll need to get professional equipment and cover the fees of our talented crew. We'll also need to spend a significant amount of time on the colour grade and visual effects, to re-create a wildfire environment from scratch (we like the environment and won't burn a few trees for the sake of making it look real, I'm afraid).

Also, it would be best to hire another editor. I'm perfectly capable of cutting the film by myself, but it always harder to cut the story you wrote and shot beforehand. Having another editor on board would allow us to have a fresh eye on our rushes but also guarantee the best editorial quality in the short timeframe that we have.

Here's a detailed description of our 9 000€ minimum budget, dedicated to post-production:

As you can see, a signification amount will be spent on colour and finishing, in order to reproduce the orange tint of a wildfire.

Above 9 000€, redistribution to each unit will depend on the final money that we get. However, if we're lucky enough to reach 20 000€, the estimated projection is as follows:

We'll send you a private link before release, so you can discover the film before anyone else. Lucky you!

We are extremly thankful! We'll send you an email to express all of our gratitude.

We'll send you a monthly email to keep you updated on this project. Location scouting, film set, post-production, festivals, awards... You name it. You'll be able to unsuscribe at anytime.

Your name will appear in the end credits of the film. Now everybody will know how awesome you are!

You'll received the official script, signed by the author.

Are you editing videos on a regular basis and want some slick SFX to spice them up? We'll send you a pack of sound effects collected through years of movie trailer editing. All license-free!

You run a business? You want an exciting preview for your next short film, product, etc.? Say no more. After years of experience as a movie trailer editor, I will cut you the perfect teaser for your project, packed in 60 seconds maximum. This is a limited offer.

You'll come with us to the audio mixing session in Paris, so you can discover the film in its last step before release! Offer limited to 1 person.

You'll be able to screen the film at your event, and I will attend to make a Q&A!

You are officially a co-producer, and your name will appear as such in the opening credits!

You are officially a producer, and your name will appear as such in the opening credits! You'll also attend the festivals with us if you're available. Let's get in touch.