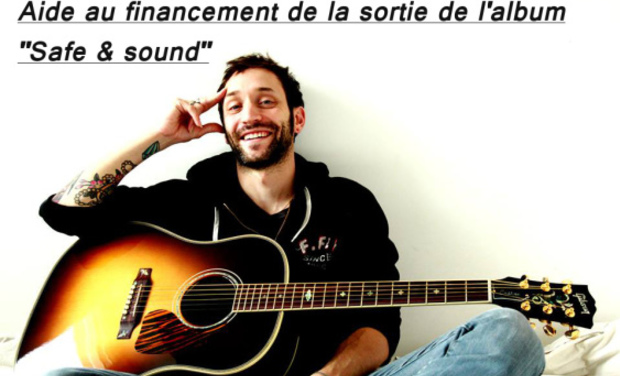 LET ME THANK YOU VERY MUCH FOR YOUR HELP!!! I can now perceive the amount of your donations!!!

I still need YOUR HELP!

The whole production costs is estimated to € 4,260

Thanks for helping, sharing, donating!!!

This is an easy project. (I hope so)

It's been one year and a half both my 6 strings and I have touring Europe and France.

I simply decided to freeze my songs in time with a Full-lenght album.

First, I have recorded 10 songs, then, one more song has been added to.

Every track sounds like a personal one; Also, with a real intimate universe.

A limited EP (from the LP) has been released. The aim is to promote the upcoming album.

Only 200 copies are now available.

3 songs from the album and 2 unreleased songs (acoustic versions of electric ones) compose this EP.

Here is the link to listent to the EP:

Initially, the concept of this EP was to thank people for their help by giving them this item.

Collection won't help me to leave on an island for vacation.

Rather, it would help to culmination of this project.

What you should know about this record:

It's a huge amount of money, that's why I appeal to you.

It would help me for Digipacks and vinyls duplication.

Here are pics from the upcoming t-shirts:

Thanks a lot! *Album Download link (2 weeks before releasing.)