Support the live version of the album ! 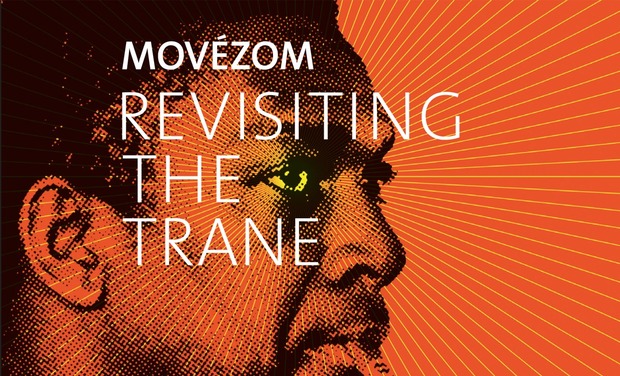 My firts album Revisiting the Trane is coming on 20 april 2018.

It is an album that explores and adapts John Coltrane’s repertoire in a unique and original way. Traversing hip hop and Coltrane’s universe, this iconoclastic disc is a musical hybrid which fits into Edouard Glissant’s "Tout-Monde”, where "cultures embrace, repel, disappear, remain yet still, asleep or turning."

Maintaining the sacred bond between jazz and hip hop, Revisiting The Trane explores Coltrane's footsteps by giving it an urban, contemporary dimension.

The MC’s vocals and texts resonate alongside saxophones, strings, my drums and machinery – embracing major themes that are hallmarks of the work of the great saxophonist: the Blues, Africa, spirituality, chanting, musical explorations, humility...

As producer of the album, I have already funded : recording, mixing, mastering, artwork, CD pressing.

I need your help with financing the release party and the video recording for making this projet alive on stage.

So, give a chance to the live version of Revisting the Trane !

His playground is very early drums and jazz. Land that he surveyed in 2004 with the trio Alice (Talents Jazz in Vienna, Winner Follow'le Jazz) or in the collective montreuillois M'Pulse from 2007 to 2013 with Idriss Mlanao, Pierre de Trégomain, Ricardo Izquierdo or Matthieu Jérome sharing the stage with Alain Jean-Marie, Dominique Di Piazza, Jean-Philippe Viret, Thomas Pourquery, Boris Blanchet, Misja Fitzgerald or Alexandra Grimal.

Jazz, he conceives it primarily as a miscegenation object: it occurs and records with the group Pososhok, exploring the world of African music. With the group Asticot Palace he immersed himself in the trip hop or evolves around electronic music with Panorama Circus alongside Logan Richardson and Médéric Collignon. He joined rapper La Canaille from 2010 to 2013 for the release of his second album and a national tour during which he will share the stage with Raashan Ahmad or Kohndo. Always on the lookout for new sounds, he co-founded in 2016 the group Shoot the Drone with Pierre de Trégomain, exploring a singular universe between poetry and urban music.

Revisiting The Trane is a major and obvious step in Movezom's journey. Major because he is for the first time a musician, composer, arranger and record producer. Obvious, because it freely operates the synthesis of tradition and modernity, spirituality and urbanity.

Founding member of the legendary band The Last Poets, considered the pioneers of what will become the hip hop movement, Abiodun Oyewole is a living legend. His powerful poetry celebrates life, its struggles, its triumphs, the beauty and the reality of being African in America. His voice, warm and deep, delivers a poetry that penetrates souls.

MC reference in the underground rap world, Raashan Ahmad was first a member of the Mighty Underdogs and the Boston crew Crown City Rockers before embarking on a solo career in 2008 with his album "The Push". His reputation as a growing MC allows him to become known around the world, fill rooms and conquer the public with his positive energy and a flow of skill and precision.

Rooted in Hip Hop culture since a very young age, Kohndo became famous when he was 18 years old in La Cliqua, famous for having rocked French rap in a new era, with style and originality. In 20 years of career and 7 albums under his belt, the artist has always offered a precise and relevant rap, in love with the French language that he defends on stage and off.

Producer, composer or sound engineer, the shadow of JP Manova haunts the scenes of French rap for more than fifteen years. Surrounded by mystery, his career is strewn with furtive appearances (Rocé) and with remarkable features (Flynt, Deen Burbigo). With 19:07, the first album he has matured and shaped from production to mixing, JP Manova proved that he was one of the most incisive feathers of French rap.

Independent artist of the Matière Première label, the rapper has never left his line of martial conduct in 20 years of career. Promoter of a social rap, Al delivers a music that he describes as "down to earth and realistic". Strong of 3 solo album, of collaboration with the collective Anfalsh, Al inscribes itself durably in the musical landscape hexagonal.

Poet, singer, rapper, dancer, composer and graphist, Bruce Sherfield is a complete artist. Traveling all over the world, from South Korea to New York, from Tenesee to Germany, he multiplies collaborations with artists such as Spontane, Mike Ladd, Birdy Nam Nam, PuppetMastaz, Saul Williams, DJ Vadim, DJ Krush and The Red Ants.

Under the air of a small and timid young woman, Alexandra Grimal hides a radical and intrepid researcher. She has already recorded a lot and is part of Olivier Benoit's new NGO. This is to say the esteem it arouses among its peers. Musician essential of the European jazz scene, she distills a music always in research and invention.

Ricardo Izquierdo is one of those tenor saxophonists who are not kidding with sound. Born in Havana, he studied music in Cuba until 2001, before settling in Paris and rubbing shoulders with the musicians of his generation who make it one of the most exciting scenes in the world. His quality of play and his musicality make him one of the most sought-after saxophonists on the French scene.

Thomas de Pourquery is known as a singer, saxophonist, composer and a major figure in European jazz, winner of a 2014 Jazz Album Award of the Year. He has also recently collaborated with artists from very different backgrounds, from the Metronomy group to Oxmo Puccino. He has also been a singer for some years (duets with Rachid Taha, Philippe Katerine, Babx, John Greaves ...).

Saxophonist Brandford Marsalis describes him as one of the most interesting saxophonists of his generation. The "huge sound ... and saturated lyricism that characterizes" (Free Time) will allow him to play in the most prestigious formations: the ONJ (National Jazz Orchestra) Laurent Cugny, Michel Legrand Orchestra, the Big Band by Albert Mangelsdorff and internationally renowned musicians: Brandford Marsalis, Archie Shepp, David Murray, Oliver Johnson, Michel Graillier and Ben Sidran.

- 1400 € : video recording of the release party and promotional for a live project.

- and if we get more... for the video clip of "the Offering" feat Abiodun Oyewole & Ricardo Izquierdo

François Malandrin will get the totality of the crowdfunding.

1 ticket for the release party at Musiques au Comptoir + "Revisiting the Trane" CD at home + Digital download + thank you on my Facebook page.

2 tickets for the release party at Musiques au Comptoir + "Revisiting the Trane" CD at home + Digital download + thank you on my Facebook page.

4 "Revisiting the Trane" CD at home + 2 tickets for the release party + Digital download + thank you on my Facebook page.

10 "Revisiting the Trane" CD at home + 2 tickets for the release party + Digital download + thank you on my Facebook page.

private concert with the live band + "Revisiting the Trane" CD at home + Digital download + thank you on my Facebook page.